October 30, 1974: Muhammad Ali wins the Rumble in the Jungle to regain heavyweight title

Muhammad Ali defied the odds and the age gap to beat George Foreman and become only the second man to regain the World Heavyweight Championship at one of the sport's greatest fights in Zaire.

It was one of the most widely-anticipated sporting events of the century, and the stuff that legends are made of; a once-great boxer, attempting to recapture his title by defeating a fearsome younger fighter, some seven years after it was unjustly stripped from him by authorities.

So Muhammad Ali found himself attempting to become only the second man to regain the heavyweight championship of the world, by facing down the unbeaten 26-year-old George Foreman in Kinshasa, Zaire (now the Democratic Republic of the Congo).

Foreman’s reputation was not dissimilar to the one later attached to Mike Tyson – that of a fighting machine, a prodigious puncher who had won 37 of his 40 contests by knockout, and had crushed previous champion Joe Frazier (who had previously beaten Ali) in two brutal rounds in 1973. 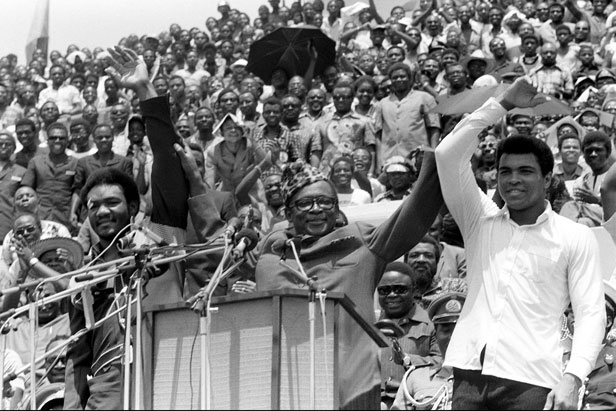 Ali had lost the title and had his boxing license revoked for 3 ½ years after refusing to be drafted into the US Army. Since his comeback he had lost twice, to Frazier (a defeat he subsequently avenged) and Ken Norton, and was considered by many to be past his brilliant best.

The fight had originally been set for September 25 but with Foreman suffering a cut eye in training, it was put back a month, during which time the champion was unable to spar. Ali used the month to tour Zaire, building up public support and taunting his opponent at every opportunity.

Nearly 60,000 packed into the national stadium on the night of the fight.  After a bright, aggressive start, Ali realised that he could not keep up his fierce pace in the African humidity, and he began to back away from Foreman, defending himself against an onslaught of clubbing blows.

Ali later said he had planned the tactic of laying far back against the ring ropes, covering up and allowing Foreman to punch himself into exhaustion, all along.  He called the strategy ‘rope-a-dope’, and it worked, the champion tiring visibly and being hit often himself from the fifth round onward. 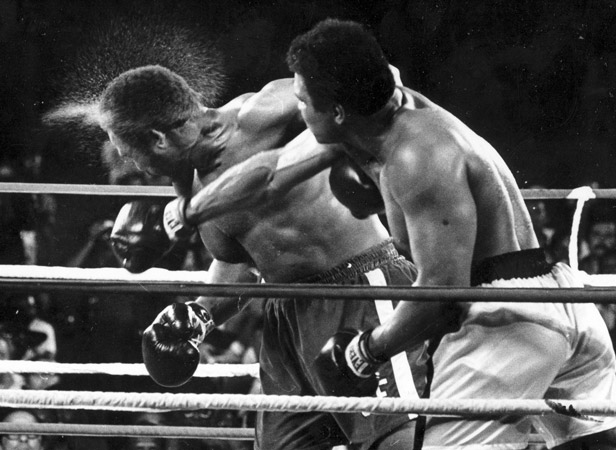 By the eighth round, Foreman was drained and his punching and defence had become ragged. Ali spotted his moment and landed several right hooks, followed by a five-punch combination ending in a straight right that felled the younger man like a tree-trunk.

Though Foreman rose on the count of nine, the referee Zack Clayton saw that he could not continue and stopped the fight.  Against all the odds, Muhammad Ali was world heavyweight champion again at the age of 32.

The Rumble in the Jungle – Did you know? 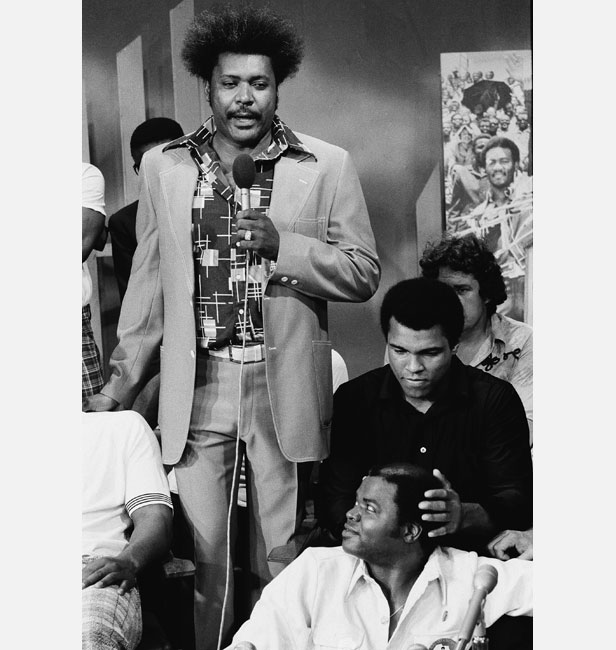