The bodybuilder turned movie star went from Terminator to legislator when he successfully ousted Gray Davis to become the 38th Governor of California.

Arnold Schwarzenegger, the Austrian-born bodybuilder and film star best known for his role in the Terminator movies, was elected Governor of California on this day in 2003.

A staunch Republican ever since he followed Richard Nixon’s presidential campaign in 1968, Schwarzenegger made the official step from showbiz to politics on August 6, 2003, when he told Tonight Show host Jay Leno that he was running for Governor of the Golden State.

The newly re-elected Democrat Governor, Gray Davis, was due to step down at the end of 2006. But poor handling of the state’s energy crisis, high taxes to combat record budget deficits and accusations of fraud turned voters against Gray, and for only the second time in US history, a petition of 1.2 million voters forced a recall election – essentially a motion of no confidence in the incumbent Governor. 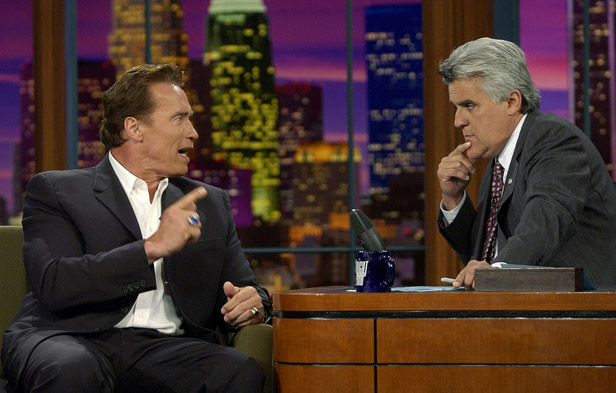 “He is failing them terribly,” Schwarzenegger told Leno of Davis. “This is why he needs to be recalled,” he continued. “And this is why I am going to run for Governor of the state of California.” The Tonight Show audience screamed their approval.

And with that, Schwarzenegger became ‘the Governator’ – or ‘The Running Man’, depending on your film reference of choice. Headlines about the election dubbed it ‘Total Recall’.

The field of candidates for Governor was crowded – there were 135 altogether – but unsurprisingly, Schwarzenegger stood out. Pitching himself as “the people’s Governor”, he won the support of most Californian Republicans and told crowds at his rallies that his was “a movement for change. The politicians have had their chance and they have failed the people.”

The actor in him relished the chance to perform for the crowds. At a rally in state capital Sacramento, Schwarzenegger suddenly called out: “Bring me the broom, bring me the broom” before waving the hastily-proffered besom in the air and pledging to “clean this house, sweep out the special interests and sweep out Gray Davis”. 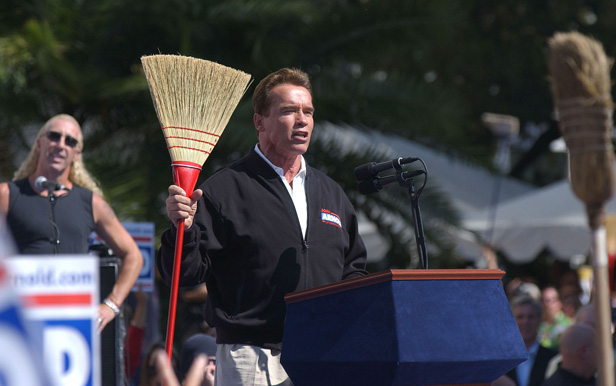 He could just as easily go off-script too: when he was hit by an egg at one such rally, he simply quipped afterwards: “This guy owes me bacon.”

When the recall election was held on October 7, 2003, Californians were asked two questions. The first was a simple yes or no question: should Gray Davis be recalled? As a majority (55.4%) of those voting said yes to the recall, the second question – who should succeed Davis – came into play. Schwarzenegger comfortably won that vote with 48.6% of the share – 17% ahead of his nearest rival, Democrat candidate Cruz Bustamante.

"We've had a lot of good nights over the last 20 years, but tonight the people did decide that it's time for someone else to serve, and I accept their judgment," Davis said in his concession speech.

Taking to the stage with his wife Maria Shriver, a victorious Schwarzenegger said that “for the people to win, politics as usual must lose” and told Californians that he wanted to be “the people's governor”.

“I want to represent everybody,” he said. “I believe in the people of California, and I know that together we can do great things.”

On November 17, 2003, Schwarzenegger began his role of Governor with record high approval ratings, and was re-elected in 2006. By the time he left office in 2011, however, those approval ratings had reached a record low of 23% – just 1% higher than that of Gray Davis when he was recalled in 2003.

Arnold Schwarzenegger - Did you know? 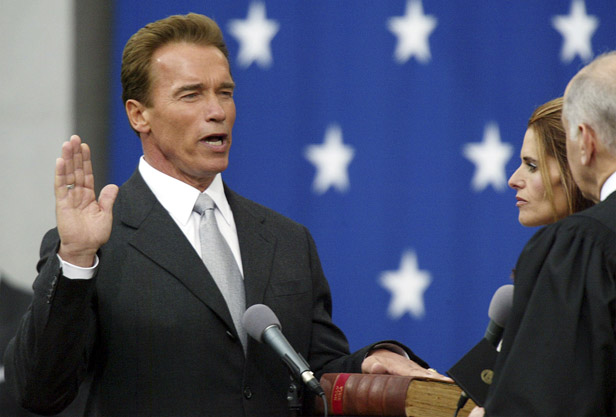