On a day of terror which continues to set the agenda for the early 21st century, Islamic terrorists turned hijacked jets into flying bombs, destroying New York's World Trade Center and badly damaging the Pentagon.

In a series of events that stunned and horrified the watching world on September 11, 2001, nearly 3,000 people were killed by Islamic extremist terrorists in America on a day now simply known as 9/11.

As the video above recalls, 19 members of al-Qaeda hijacked four civilian airliners flying out of US airports to use in suicide attacks. Two of the planes, American Airlines Flight 11 and United Airlines Flight 175, were crashed into the North and South towers of New York’s World Trade Center at 8.46am and 9.03am respectively, the second impact being captured live by news cameras covering the first collision.

Although the towers were built to withstand the impact of plane crashes, the resulting fires stoked by over 90,000 litres of jet fuel to over 800 degrees Celsius melted their steel cores, causing the buildings to collapse in upon themselves.

As the Twin Towers fell, crushing almost everyone left in the buildings in a mountain of rubble and debris, huge clouds of smoke and dust billowed into uptown Manhattan, temporarily blinding and choking fleeing onlookers. 2,606 people would perish as a result of the New York attacks.

A third plane, American Airlines Flight 77, was flown into the side of the Pentagon building, home of the US Department of Defense, just outside Washington DC at 9.37am local time. 125 people were killed and part of the building collapsed.

A fourth hijacked plane, United Airlines Flight 93, was intended to be flown into the Capitol building in Washington, DC, but crash-landed in a field near Shanksville, Pennsylvania after its passengers attempted to overcome their hijackers.

President George W Bush was informed of the attacks as he began reading to a class of young schoolchildren in Florida. He was initially flown to the US Strategic Command Centre in Nebraska, but returned to Washington later in the day. 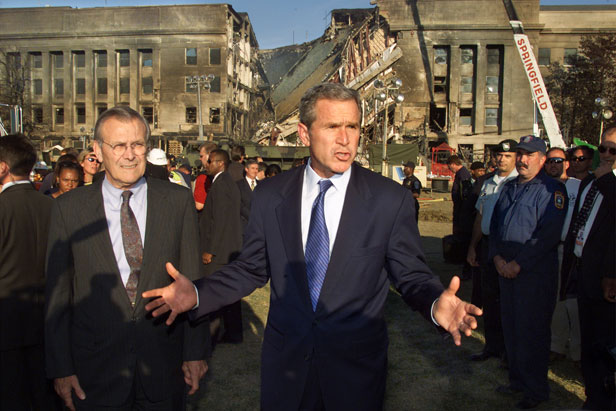 With a loss of 2,977 victims and around 6,000 more injured, 9/11 became the worst terroist atrocity in history. President Bush would then announce his War on Terror, which resulted in the invasion of Afghanistan by a US-led coalition in October. 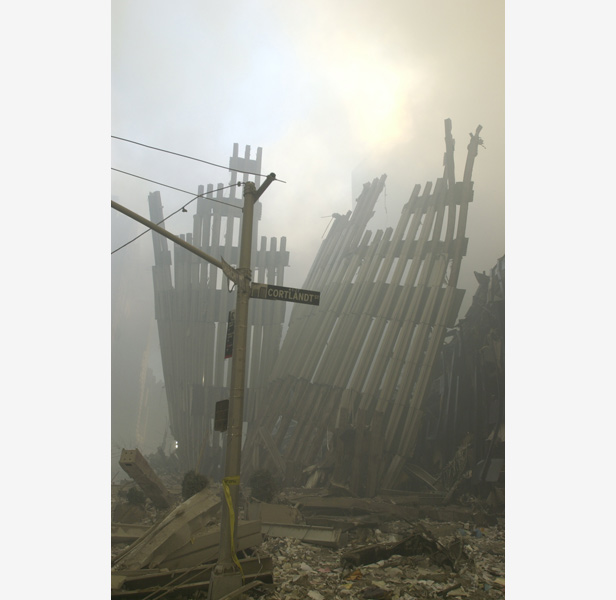