Twenty-eight years after the USA last tasted Ryder Cup defeat, Tony Jacklin's European team lifted the trophy at the end of a thrilling three-day contest at the Belfry.

In a remarkable victory that broke 28 years of US dominance of the transatlantic team event, Europe’s golfers won the Ryder Cup on this day in 1985 by a score of 16½ to 11½ at the Belfry course in Warwickshire.

The tournament, played by the greatest American players against the best from Great Britain and Ireland up to 1977 and those from Europe subsequently, had been an unhappy one for these islands and then the continent - a draw in 1969 being the closest it had come to victory since 1957.

Europe were led by for a second time by non-playing captain Tony Jacklin, and the team included big names such as Sandy Lyle, Seve Ballesteros and Nick Faldo in their ranks. The US were led by Lee Trevino and featured Raymond Floyd, Tom Kite and Craig Stadtler among their number. 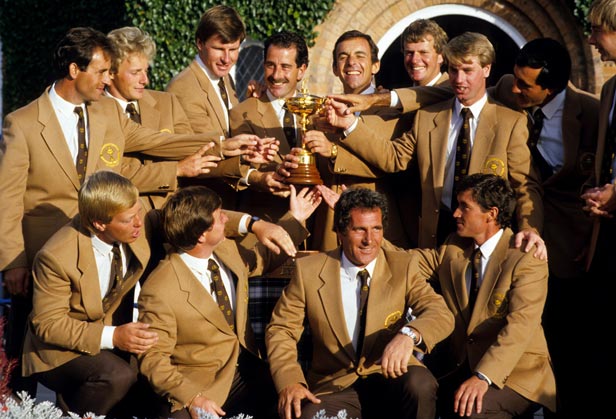 After a closely-fought first two days of play, America trailed going into the singles matches for the first time since 1949. They had led 3-1 after the first session of fourballs on Friday, but by the end of Saturday’s play Europe had rallied to take a 9-7 lead into the final day.

It seemed to be nip-and-tuck at first with the day’s scores at 2½-1½ after four matches, but when  Lyle and Bernhard Langer closed out their games against Peter Jacobsen and Hal Sutton respectively, it was only a matter of time before victory would be secured.

Howard Clark had the chance to win his match – and therefore take the winning point for Europe – on the 17th green with a relatively short putt; but possibly disturbed by a baby crying out just as he played his stroke, the ball rolled around the rim of the hole and popped back out.

It was left, then, to 32-year-old Scot Torrance to sink a splendid 18-foot putt on the final green of the Belfry’s Brabazon Course to win his match with reigning US Open champion Andy North, thereby ensuring the return of the coveted trophy to European shores.

America would belatedly win three of the last four pairings, but by then it didn’t matter; they had suffered only their fourth loss out of a possible 26 in the competition, over its 58-year history. Jacklin was rightly lifted onto the shoulders of his players as the celebrations commenced.

The Ryder Cup – Did you know? 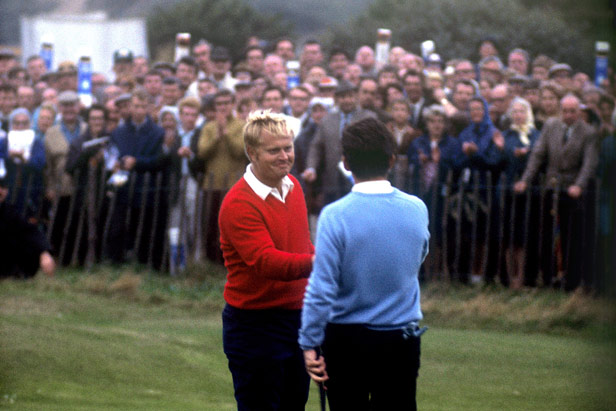