Women’s tennis took a major step forward on this day in 1973 when the current Wimbledon singles champion Billie Jean King beat the former world No.1 from the men’s game, Bobby Riggs, in an exhibition match dubbed ‘The Battle of the Sexes’.

Riggs, a former Wimbledon singles and doubles champion himself, had retired from playing in 1951 and was now aged 55 – but, as a keen self-promoter with an eye for a money-making opportunity, he declared that he was still better than any female player, and would prove it on court.

He first challenged current women’s number one, 30-year-old Margaret Court, and the two faced each other in California in May 1973. Using drop shots and lobs to unsettle Court, who tended to play at the net, Riggs was able to win the game 6-2, 6-1.

Given the status of cover star of Sports Illustrated and Time in the wake of his win, Riggs openly challenged other women players to try to beat him; eventually King accepted a lucrative offer to face him at the Houston Astrodome, Texas, in September. 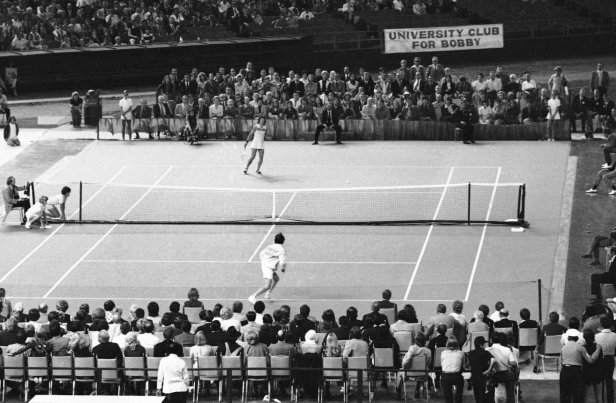 In front of a crowd of over 30,000 spectators – still the highest attendance at a single tennis match - King was carried into the arena on a throne carried by four men dressed as slaves, while Riggs was brought in on a rickshaw pulled by scantily-clad women.

[June 24, 2010: Isner and Mahut serve up the longest tennis match ever at a weary Wimbledon]

Riggs led the first set by four games to two. But King had studied his match against Court, and realised that by playing a defensive game from the baseline she could nullify his skills and use his age against him by making him run. 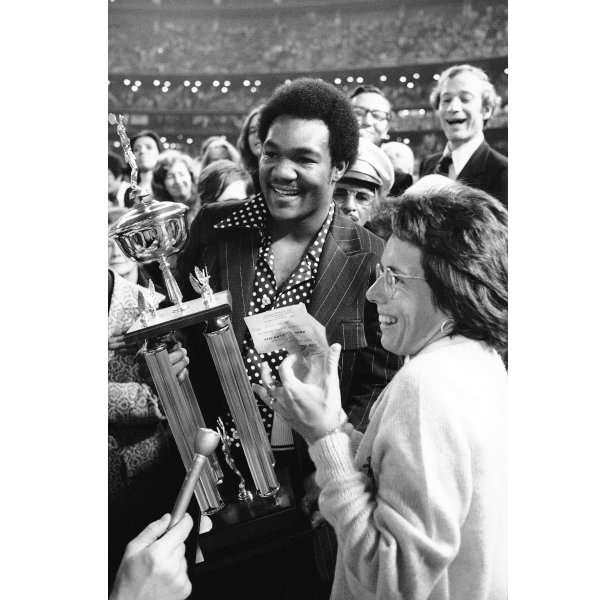 Riggs was gracious in defeat, saying “She was too good, too fast. She returned all my passing shots and made great plays off them."

Though some critics scoffed at the win, noting the 26-year age difference between the players, there is no doubt that it added legitimacy to the women’s game.

“I wasn’t just playing for myself,” said King. “This was for everybody… I thought it would set us back 50 years if I didn't win."

Tennis's Battle of the Sexes - Did you know?