The revelation of an affair with actress Antonia de Sancha led to David Mellor resigning as Heritage Minister - the latest in a long list of scandals to hit John Major's government.

In 1991, speaking about the Calcutt Review into press standards, David Mellor said that “the popular press is drinking in the Last Chance Saloon”.

The Heritage Minister’s words could easily have been applied to himself, however – after press revelations about his extra-marital affair led to his downfall within a year of making those remarks.

‘Minister of Fun’ Mellor – who was 43 at the time and had been married for 18 years – had been conducting an affair with a 31-year-old actress, Antonia de Sancha. Their relationship was exposed by The People newspaper on July 19, under the headline 'Fun Minister is 'exhausted' by relationship' – and de Sancha decided to respond by giving her side of the story.

She hired the services of publicist Max Clifford, and The Sun paid her £35,000 for her kiss-and-tell story. De Sancha (pictured below) later admitted that many of the details printed in the tabloid weren’t true – including the now infamous stories that Mellor made love in a Chelsea strip and enjoyed spanking and toe-sucking. 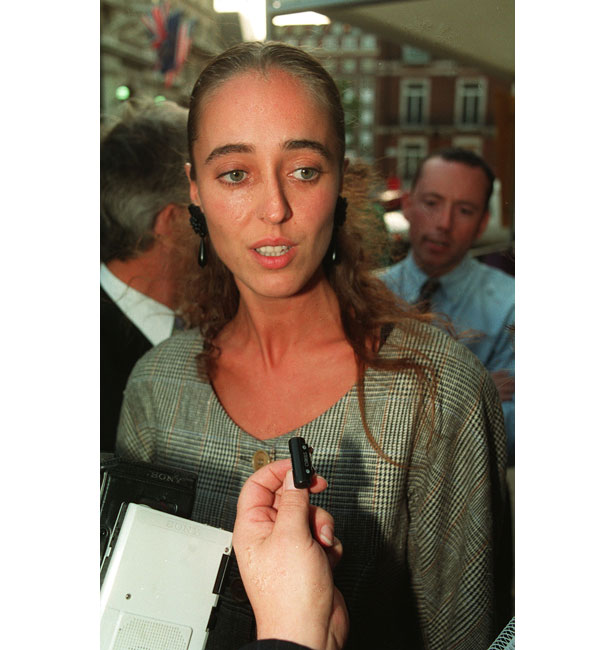 "I went along with everything at the time. It was almost like I was having an out-of-body experience," she explained to a newspaper in 2002.

Mellor himself would tell the Leveson Inquiry in 2011: "My story included, on the part of The People, a recourse to phone tapping that was wholly disproportionate to any public interest in the story.

“The Sun went one better, with a lot of cynically invented trash about Chelsea shirts, that exposed the moral bankruptcy of the whole kiss-and-tell industry.

"The story was cooked up for cash by Max Clifford and Sun executives, and given front-page publicity, even though they all knew it to be totally false."

Prime Minister John Major stood by Mellor throughout the incident. But after further scandals hit the minister – including the revelation that he had accepted a holiday gift from a woman connected with the PLO – the pressure mounted, and he resigned on September 24.

"This is the first time in ages that David Mellor has done the decent thing,” joked the editor of The People, Bill Hagerty.

The 'Back to Basics' scandals – Did you know?

Following embarrassing scandals like Mellor’s, questionable statements by ministers on single mothers and in-fighting within the Tory party, Prime Minister John Major used the 1993 Conservative Party Conference to rebrand the party as the home of traditional values and moral integrity.

Sadly his ‘Back to Basics’ campaign is best remembered for the spectacular way in which it backfired, as a succession of ministers and MPs were forced to resign following a string of sexual and political scandals.