The Australian wildlife expert, known to millions around the world as the Crocodile Hunter, was killed by a stingray near the Great Barrier Reef.

In early September 2006, 44-year-old wildlife expert and TV personality Steve Irwin was filming a documentary called Ocean’s Deadliest off the coast of north-eastern Australia. On September 4, due to bad weather, he decided to film some shots in shallow water instead, for his daughter’s TV show.

Irwin was snorkelling at Batt Reef – part of the Great Barrier Reef, near Port Douglas – when, according to cameraman Justin Lyons, they went in for “one last shot” with an eight-foot stingray.

“All of a sudden it propped on its front and started stabbing wildly with its tail. Hundreds of strikes in a few seconds,” Lyons later said.

“I didn’t even know it had caused any damage. It wasn’t until I panned the camera back and Steve was standing in a huge pool of blood that I realised something was wrong.”

Irwin had been stabbed in the heart by the stingray’s foot-long barb. He was rushed out of the water and onto his team’s boat, Croc One, where Lyons attempted to resuscitate him. 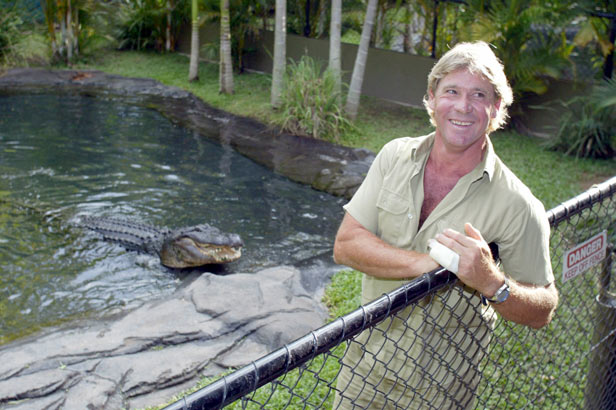 “He just sort of calmly looked up at me and said, ‘I’m dying’. And that was the last thing he said,” Lyons later told Australian TV channel Network Ten.

“We hoped for a miracle. I did CPR on him for over an hour before the medics came, but then they pronounced him dead within 10 seconds of looking at him.”

Attacks by stingrays are extremely rare – and while their barbs are coated in venom, it was the strike to the heart, not the poison, that caused Irwin’s death.

"They have one or two barbs in the tails which are not only coated in toxic material but are also like a bayonet,” explained Australian wildlife filmmaker David Ireland.

“If it hits any vital organs it's as deadly as a bayonet."

Australian Prime Minister John Howard led the tributes to Irwin, calling his death “a huge loss” to the country. “He was a wonderful character, he was a passionate environmentalist, he brought entertainment and excitement to millions of people,” said Howard.

“I really do feel Australia has lost a wonderful and colourful son.”

Irwin was buried in a private ceremony at Australia Zoo, the 100-acre wildlife park created by his parents and owned by Irwin and his wife Terri. Flags on the Sydney Harbour Bridge were lowered to half-mast in his honour.

On September 20, more than 5,000 people – including John Howard and actors Russell Crowe, Cameron Diaz and Hugh Jackman – attended a memorial service at the zoo’s Crocoseum stadium. 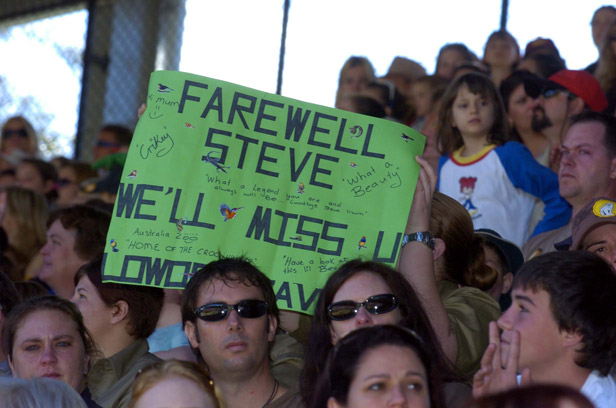 Irwin’s eight-year-old daughter Bindi spoke at the service, saying that her father had been "working to change the world so everyone would love wildlife like he did".

"I have the best daddy in the whole world and I will miss him every day,” she said. “When I see a crocodile, I will always think of him."

Irwin’s father Bob also paid tribute to his son. “Please do not grieve for Steve, he's at peace now,” he told the crowd. “Grieve for the animals. They have lost the best friend they ever had, and so have I.” 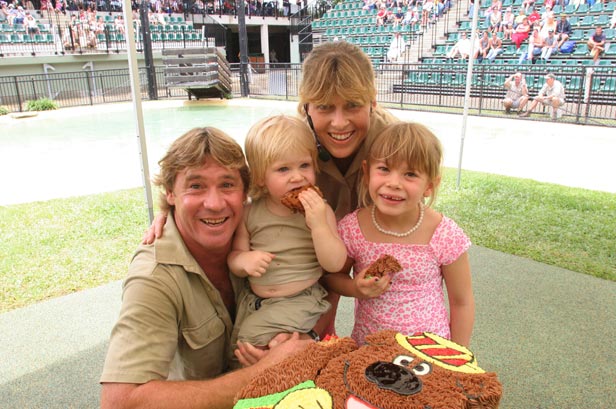