Sixty million Americans watched either spellbound or shocked as a gyrating Elvis Presley made a sensational debut on the country's most popular programme, the Ed Sullivan Show.

It can be argued that September 9, 1956 is the day that rock ‘n’ roll truly established itself as the dominant musical genre in America – and therefore the western world – as its poster boy Elvis Presley made his sensational debut on the country’s most popular TV programme, the Ed Sullivan Show.

Sullivan, a lugubrious former journalist, was initially against the idea of Presley performing on his show, but his mind was changed when the singer made his first national television appearance with rival Steve Allen, immediately boosting Allen’s ratings.

In fact, he had earlier turned down an offer of single appearance by Elvis on the show for $5,000; by the time he realised his mistake Presley was a major star, and his wily manager Colonel Tom Parker was able to negotiate three appearances for $50,000.

As it happened, Sullivan was in hospital recuperating from a car accident on the day of Presley’s debut. It was down to stand-in host Charles Laughton to introduce the young idol, who performed Don't Be Cruel, Love Me Tender, Hound Dog and Ready Teddy. 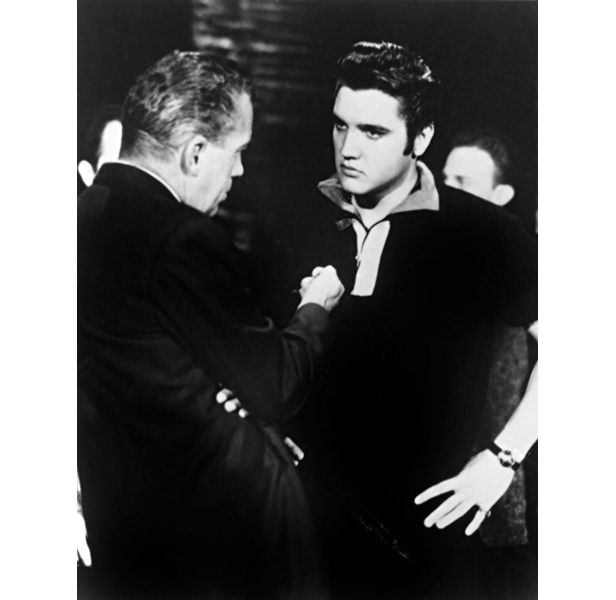 Contrary to popular belief, this was not the performance in which Presley was only filmed from the waist up. Although cameras mainly stayed on the top half of his body as he sang his first number, he was shown in full-length for his final two songs.

However, it was clear that his movements were causing excited reactions from some of the girls in the studio audience, so during his final number the cameras began to find tighter shots of the singer so as not to disturb the more easily offended members of the viewing public.

The episode was watched by 60 million people, an impressive 82.6% of the evening’s TV audience, but Sullivan was still concerned about the questions of taste surrounding Presley’s hip-swivelling performances.

By the time of his third appearance on the show in January 1957, somebody – either the series’ producers, or Sullivan himself – had decided enough was enough.  Elvis performed a total of seven songs – but for each, he was filmed solely from the waist up.

Elvis on the Ed Sullivan Show – Did you know? 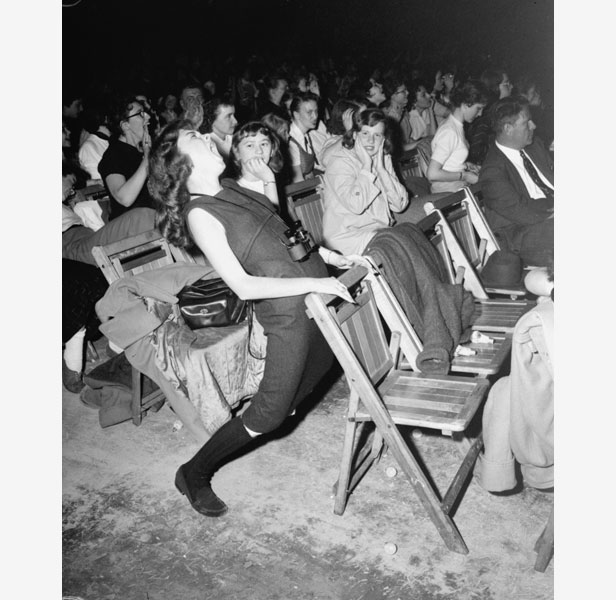 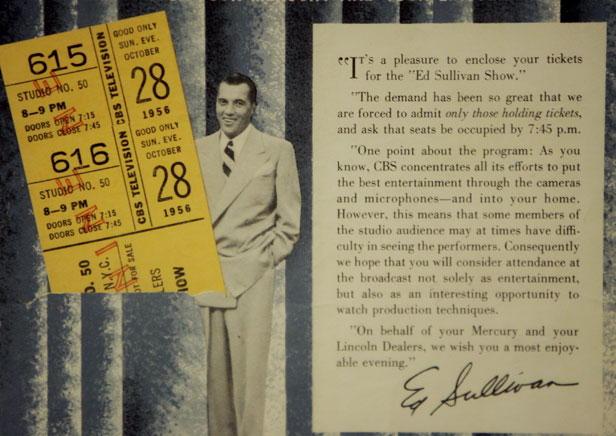