Who is Meghan Markle and when did she meet Prince Harry?

We found out everything you need to know about Prince Harry's soon-to-be wife Meghan Markle.

Prince Harry is engaged to an American TV actress, but who is she and what do we know about her?

We found everything you need to know about Meghan Markle and her relationship with the prince.

[Read more: What title would Meghan have if they got married?]

[In photos:  Hand in hand, Harry and Meghan on first official outing]

Her mother is a yoga instructor and her father is a retired photography director.

At 36 years old, she is three years older than Harry.

It’s believed she currently resides in Toronto, Canada, where Suits is made, and has two rescue dogs called Bogart and Guy. Preparations have recently been made for her to move to London with the Prince.

Markle graduated from Northwestern University with a degree in communications in 2003 and supported herself as a freelance calligrapher in between acting jobs.

A keen philanthropist, Markle is a Global Ambassador for World Vision Canada, an Advocate for United Nations Women, and a counsellor for charity One Young World. She has spoken publicly on the issues of gender equality and modern-day slavery.

What about her past relationships?

Markle has been married before. In 2011, she and her long-term boyfriend, film producer Trevor Engelson, wed in Jamaica.

The pair had been together since 2004 and reportedly split in August 2014.

She has also been linked to British golfer Rory McIlroy.

[Read more: It's boring to be bad, says Harry]

[In photos: Highlights of Prince Harry’s Royal Tour of the Caribbean]

How did she and Harry meet?

Reports say the pair first met in Toronto while Harry was in Canada promoting the Invictus Games, his sporting event for injured servicemen and women.

It is thought they have been dating since August 2016.

In November 2016, the Royal Family's communications secretary released an official statement that, while it confirmed the couple's relationship, condemned the "wave of abuse and harassment" that Markle and her family and friends had been subject to, as well as "the racial undertones of comment pieces; and the outright sexism and racism of social media trolls and web article comments".

In September 2017, in an article titled 'Wild About Harry', Markle told Vanity Fair magazine about her relationship with the Prince and how she copes with the sudden attention of press and public.

“I can tell you that at the end of the day I think it’s really simple,” she says. “We’re two people who are really happy and in love."

Later that month, the couple made their first public appearance together, at the Invictus Games for wounded service personel (which Harry himself created) in Toronto, Canada.

Who are Prince Harry’s past girlfriends?

Harry has previously been linked with Zimbabwean Chelsy Davy.

Davy’s father Charles Davy is a South African businessman and one of the largest private landowners in Zimbabwe.

Her mother Beverly Donald Davy is a former Coca-Cola model and was 1973’s Miss Rhodesia.

Davy was educated at Buckinghamshire boarding school Stowe, which was where she reportedly met Harry in 2004. 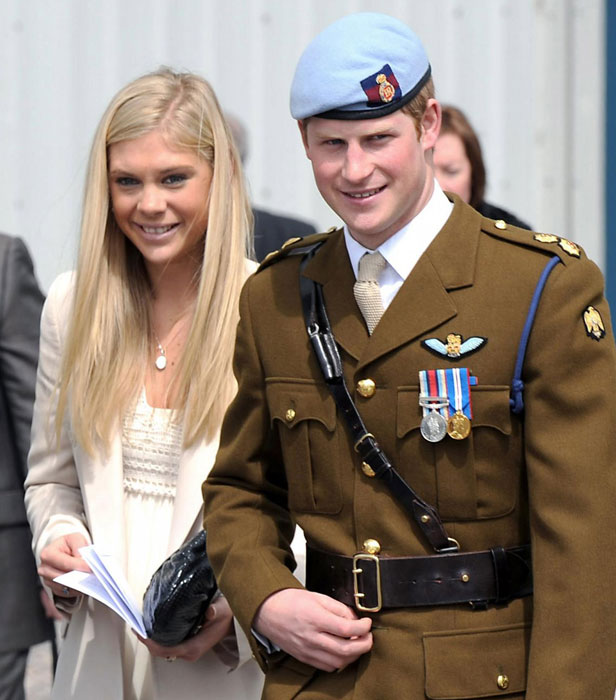 They began an on-off relationship, and Davy was present at the prince’s graduation ceremony and when he received his Operational Service Medal for Afghanistan.

The relationship is thought to have ended for good in 2010, though Davy did attend the wedding of the Duke and Duchess of Cambridge in April 2011.

Having previously worked as a solicitor at a London law firm, 31-year-old Davy established her jewellery line AYA earlier this year.

Harry was then introduced to Cressida Bonas by his cousin Princess Eugenie in May 2012. 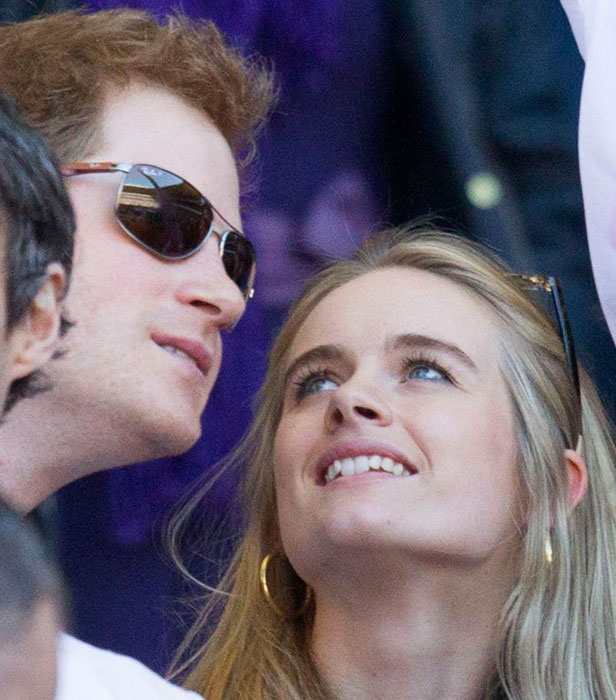 She’s the youngest daughter of Lady Mary-Gaye Curzon and entrepreneur Jeffrey Bonas and a granddaughter of Edward Curzon, 6th Earl Howe. She has seven siblings.

Bonas graduated from Leeds University with a 2:1 in Dance and has since worked as a theatre actress and model.

Though at one point bookmakers slashed the odds of their possible engagement to 8/13, Bonas only ever attended one official royal engagement with Harry in March 2014 and the couple announced their amicable split the following month.

She has since modelled for Burberry and fronted campaigns for Mulberry.

Currently, she is starring in the play Mrs Orwell at the Old Red Lion Theatre in London. She plays Sonia Brownwell, the literary editor and second wife of George Orwell.

Discussing the play on Radio 4's Woman's Hour, she talked of her frustrations of forever being defined as Prince Harry's ex-girlfriends.

"I think it’s that thing of being pigeonholed. Especially in this country, I find people are very quick to put you in a box or put you in a corner and think ‘oh well you’re that so you must be this’.

"It’s incredibly frustrating, especially in the industry that I’m in. But, you know, it is the way it is. It’s about making a stand and saying, 'no this is who I am and this is what I want to do.'"

Railcard for veterans to be launched on Armistice Day

In Pictures: Fog and frost give way to sunny skies

In Pictures: Pigeon fanciers home in on Blackpool for show of the year

In Pictures: William and Kate head north for first engagement of the decade

In Pictures: Archive images reveal how modern Britain was built