April 28, 1967: Muhammad Ali causes uproar by refusing to be drafted into US Army

World heavyweight champion Muhammad Ali was stripped of his titles and later given a prison sentence for refusing the Vietnam draft on conscientious grounds.

Undisputed world heavyweight boxing champion Muhammad Ali was stripped of his titles and caused uproar in America on this day in 1967 when he refused to be drafted into the US Army.

Ali had already avoided the draft in 1964 when he failed a psychological test, but the escalation of the Vietnam War had caused the army to lower its qualifying standards.

In the meantime the boxer had become a Muslim, changing his name from Cassius Clay and joining the Nation of Islam just days after stunning the sport by winning the world title from Sonny Liston.  He would go on to cite religious reasons for his decision to forgo military service.

On April 28, after three appeals for exemption were denied, Ali appeared for army induction in Houston with 11 other men. Having passed all the qualifying tests, he refused when called to do so to take the one step forward that would symbolise his entry into the armed forces.

Ali’s behaviour came as no surprise. A week before appearing in Houston, he told reporters in his home town of Louisville, Kentucky, that he planned to not accept induction in military service.

"Why should they ask me to put on a uniform and go ten thousand miles from home and drop bombs and bullets on brown people in Vietnam while so-called Negro people in Louisville are treated like dogs and denied simple human rights?", he said.

Two months later, a jury took just 20 minutes to convict Ali of draft evasion. He was given a five-year prison sentence and a $10,000 fine; he was stripped of his passport and his heavyweight title, and would be banned from fighting in the United States.

Though Ali would remain out of jail on posted bail while his case was being appealed, he would not fight again until October 1970.  The following year, the US Supreme Court overturned his conviction in a unanimous 8-0 ruling.

[October 30, 1974: Muhammad Ali wins the Rumble in the Jungle to regain heavyweight title]

Muhammad Ali – Did you know? 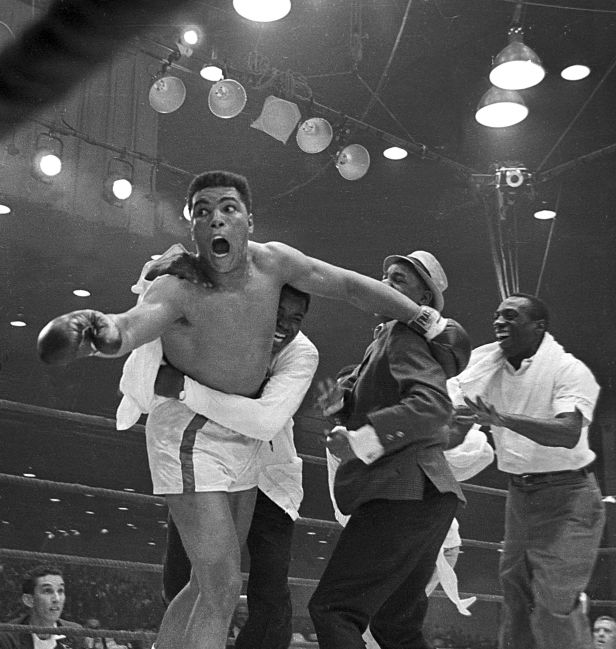