African-American athlete Jesse Owens gave the lie to Hitler's Aryan ideals when he won the first of four gold medals in the 100-metre dash at the Berlin Olympics.

On this day in 1936, just two days after the start of the Berlin Olympics, African-American athlete Jesse Owens won the 100 metres – the first of his four gold medals of the Games, a magnificent achievement in itself, but one which also gave lie to Adolf Hitler’s belief in Aryan supremacy.

Surrounded by swastika flags and Nazi pageantry, the 22-year old sharecroppers’ son from Alabama took his first step on the path to becoming an Olympic legend by running a world record-equalling 10.3 seconds to defeat his countryman Ralph Metcalfe and Dutch sprinter Tinus Osendarp.

In less than a week, Owens would go on to win the 200 metres, the long jump and, with his US team mates, the 4x100 metres relay – breaking the world record in each. His tally of four athletics golds at one Games would only be matched by Carl Lewis 48 years later – and then at the Soviet-boycotted Los Angeles Olympics. 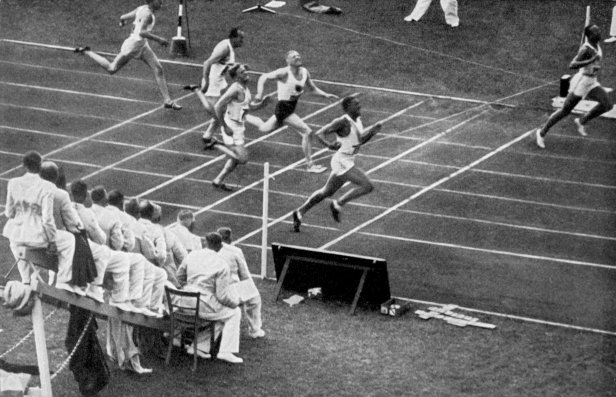 Germany had been awarded the Games in 1931 as part of the country’s reintegration into the international community after World War I; Hitler, initially sceptical of the Olympics, came to power two years later and was eventually convinced of the Games’ worth to Nazi propaganda.

After the party’s newspaper, the Volkischer Beobachter, had begun to call for the exclusion of Jewish athletes, the International Olympic Committee (IOC) considered moving the Games to another country until Hitler himself interceded to assure them that Jews would be allowed to compete.

In the event, the German team included just one half-Jewish competitor – Helene Mayer, who won a fencing silver medal – and the media was equally dismissive of black athletes as sub-human; Owens and other medal winners were called “black auxiliaries” of the US team by one paper. 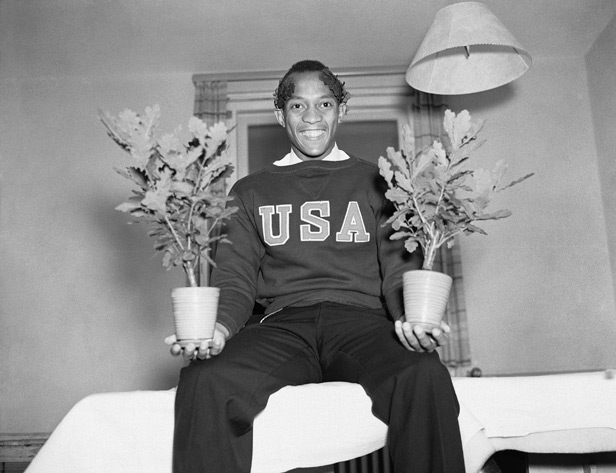 In spite of this, Owens proved popular with the huge crowds in the Olympic Stadium, even after defeating Nazi poster boy Luz Long, a tall blond-haired and blue-eyed athlete, in the long jump. The pair became friends and Long walked arm-in-arms with Owens on the stadium track.

Jesse Owens would turn professional after the Berlin Games to capitalise on his success – effectively ending his athletics career. He ran into financial difficulties before the US government appointed him as a goodwill ambassador in the 1960s; he died of lung cancer in 1980.

Jesse Owens - Did you know? 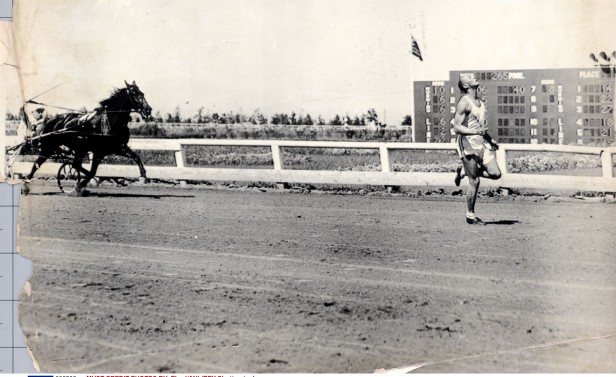