The North American Aerospace Defense Command has been tracking Santa every Christmas Eve since the 1950s - and it's all courtesy of a misprint in a newspaper.

A delightful Christmas tradition was born on this day in 1955, thanks to the goodwill of an army officer of the US Aerospace Defense Command – and it happened completely by accident.

That year, the Sears department store in Colorado Springs placed an advert inviting children to call Father Christmas on a special phone number. Unfortunately, the number was misprinted - and it put children through to the operations hotline of the US Continental Air Defense Command (Conad).

When the duty director of operations, Colonel Harry Shoup, realised what had happened, he was keen not to disappoint children on Christmas Eve, and directed his staff to give any child who called in a ‘current location’ for Santa Claus. 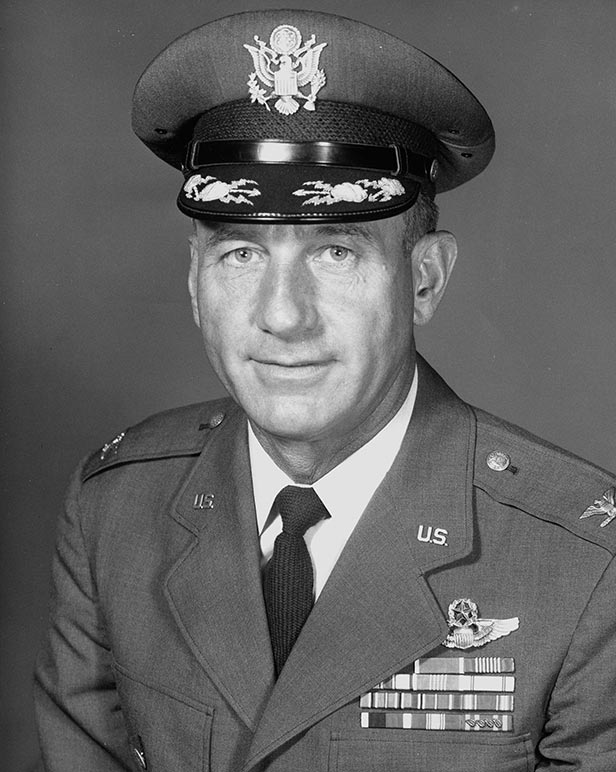 Officers ‘checked the radar’ for indications of Santa making his way south from the North Pole and the children who called were updated on his location – and this ‘tracking of Santa’ became an annual event.

In 1958, Conad was superseded by the North American Aerospace Defense Command (Norad), but the tradition continued. Every year, the organisation's staff and their family and friends volunteer for ‘tracking’ duty from the morning of December 24 to the early hours of Christmas Day. 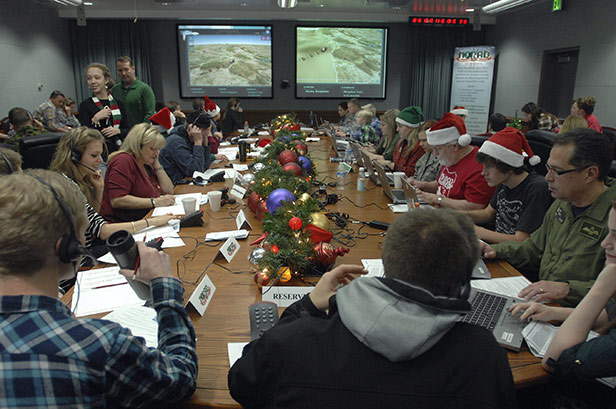 Apart from the hotline, the Track Santa programme utilised newspapers, television, radio and even records to bring joy to children at Christmas.  Since 1997, a website with a countdown clock and interactive areas has added to the fun. 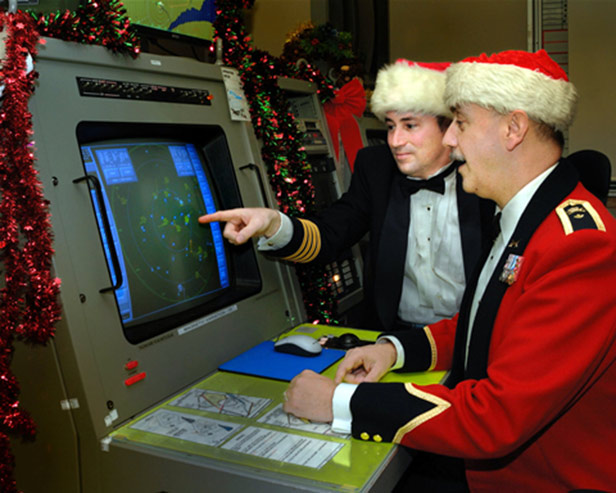 Tracking Santa - Did you know?

• Norad uses its North Warning system – 47 radar installations along the coast of Canada and Alaska - to track Santa’s journey.

• They explain that the same heat-registering satellite system that detects possible missile attacks against North America can spot Rudolph’s nose, which “gives off an infrared signature similar to a missile launch”.

• Since 1998 Norad has also operated ‘Santa cams’ – high-tech digital cameras which they say are only used ‘once a year – on December 24’. These are used to capture images of Santa and his sleigh entering different countries.

• Santa also receives a ‘welcome to North America’ from Norad in the shape of a fighter plane escort in both Canada and the United States.

• According to Norad, Santa starts his journey at the International Date Line and travels west. This means his usual route is South Pacific, Australasia, then on to Asia, Africa, then Europe, Canada, the United States, Mexico, and Central and South America.

• Throughout the year, Norad’s Track Santa website shows a message telling visitors to come back on 1 December. On Christmas Eve, the site is updated hourly.

• Volunteers who have taken calls from children include Barack and Michelle Obama.