A salesman granted himself a licence to print money when he patented the World's most popular board game on this day in 1935.

The most successful board game of all time, Monopoly - which would go on to be printed in more than 40 languages and licensed in well over 100 countries – was patented on this day in 1935 by a salesman from Philadelphia named Charles B. Darrow.

After convincing the Parker Brothers company to publish the game, its ongoing success would make Darrow the first ever millionaire game designer. It would later be established, however, that Monopoly was simply a development of other, previously existing board games which dated back to the turn of the century. 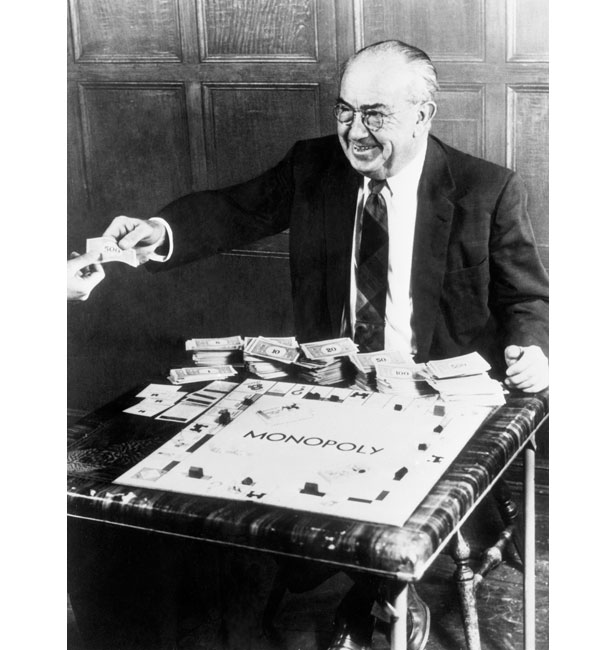 In 1903, an anti-monopolist named Elizabeth ‘Lizzie’ Magie had created what she called The Landlord’s Game, intended to show the negative aspects of allowing too much land to be held by private monopolies. She took out her own patent a year later.

Variations of the game, produced locally in small numbers, were developed and spread across the north-east of the country, with some gaining the name Monopoly; Darrow was taught the game by friends of his wife in 1932.

At this stage, versions of Monopoly already featured groupings of streets named after those in a specific city; Magie’s current iteration was based in Chicago but the game played by Darrow was centred upon Atlantic City, New Jersey.

Darrow did significantly develop the game; his first versions were drawn on oilcloth by himself, his wife and son, and added iconic elements such as the black locomotives on the station spaces, the car on ‘Free Parking’, the arrow for ‘Go’, the tap on ‘Water Works’ and the bulb on ‘Electric Company’.

Darrow first sent the game to Parker Brothers in 1934, but they rejected the game for being "too complicated, too technical, [and it] took too long to play”, but sales of independently-produced versions soon made them change their mind.

Monopoly would become a roaring success – it is now estimated that more than 1 billion people across the globe have played the game in its eighty-year existence.

Monopoly – Did you know?
Print this story
Back to top