January 16, 1950: Are you sitting comfortably? Listen With Mother begins on BBC radio

The radio programme that would become an integral part of the lives of millions of British children began on the BBC's Light Programme on this day in 1950.

“Are you sitting comfortably? Then I’ll begin…”

Listen With Mother, which would become an integral part of the lives of millions of British children and their parents, was first broadcast on the BBC Light Programme (now Radio 2) on this day in 1950.

The 15-minute programme, comprising of a collection of stories, songs and rhymes aimed at under-fives, was originally aired every weekday afternoon at 1.45pm, just before another great BBC institution, Woman’s Hour.

The show was initially produced by Freda Lingstrom, and presented by Daphne Oxenford (pictured below with her children), Julia Lang and Dorothy Smith. Its warmly familiar opening line, “Are you sitting comfortably…?” was ad-libbed by Lang during the very first broadcast and adopted thereafter. 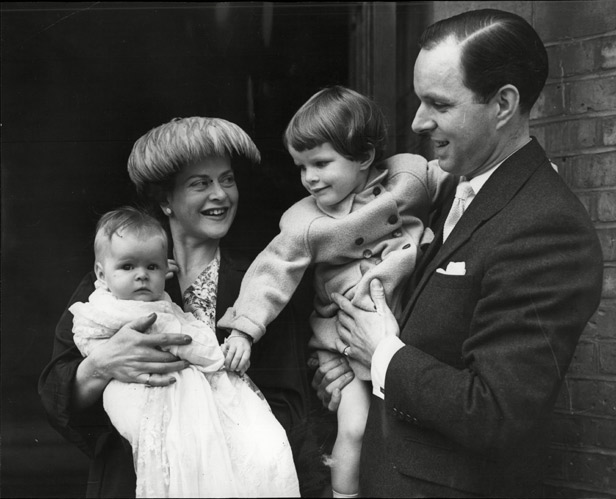 Nursery rhymes were set to music by Ann Driver and sung by Eileen Browne and George Dixon, a producer with a distinguished career in broadcasting. Favourites included The Grand Old Duke of York, Mary, Mary, Quite Contrary, Polly Put the Kettle On and Ride a Cock Horse to Banbury Cross.

Each episode ended with ‘Berceuse’ from Faure's Dolly Suite played on piano by Eileen Brown and Roger Fiske, still remembered fondly by those who grew up with the programme. At its height of popularity, it attracted over a million listeners every day.

The growing appeal and availability of television soon ate into those figures, and by the 1970s the programme’s audience was waning. The then-Network Controller Monica Sims saw the show as a “frightful nuisance” as listeners switched off after Woman’s Hour, which now preceded it.

When it was announced that Listen With Mother was to be axed, a petition supported by MPs and celebrities was delivered to Downing Street, along with a letter of protest from concerned professors of education – but all to no avail; the programme was last broadcast in 1982.

Listen With Mother – Did you know?
Print this story
Back to top