January 19, 1955: Red letter day as hit US board game Scrabble arrives in the UK

Scrabble, the words-and-letters board game that had taken America by storm, became an international success as it went on sale in the UK.

Hit board game Scrabble went on sale in the UK on this day in 1955, but far from being an overnight success, the US words-and-letters game had taken 17 years from its invention to cross the Atlantic.

Unemployed New York architect Alfred Butts invented the game in 1938 having set out to create a game that combined skill and chance with the fad for anagrams and crossword puzzles.

The first sets of the game he called Criss-Crosswords had only letters and no board. Only when Butts (below, in 1974) gave up trying to find a distributor and sold the rights to entrepreneur James Brunot did the new owner create a board, add the bonus squares and trademark the game. 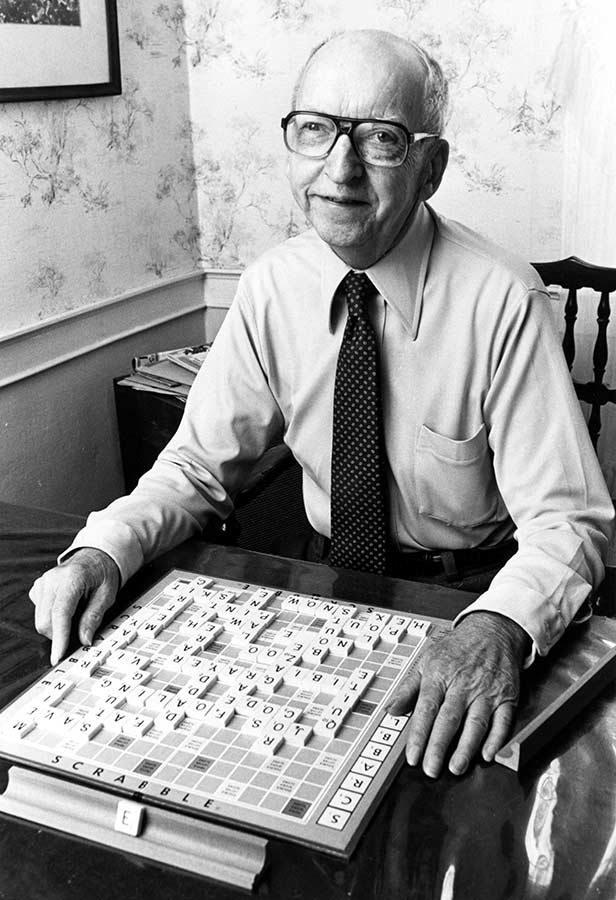 In 1948 Brunot came up with the name ‘Scrabble’, meaning ‘to grope frantically’, and, in a converted school house on Connecticut, he and his wife produced the first 2,400 sets, but lost $450 in the process due to poor sales.

But word of the word game got round and a big order from Macy’s secured Scrabble’s future – supposedly after the company president played it on holiday and couldn’t find a copy in his own department stores.

By 1952 Brunot had to license a nationwide game maker to market and distribute the game, and it was such a success in the US that in 1954 JW Spear acquired the overseas distribution rights, with UK and Australia players the first outside North America to pit their word knowledge against friends and family.

Some 150 million sets have been sold worldwide since, and 53% of UK homes are said to own a Scrabble set.

Scrabble – Did you know? 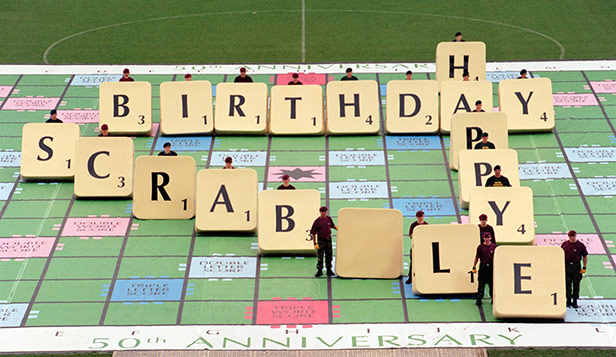