May 18, 1991: Helen Sharman becomes the first Briton in space

A 27-year-old chemist from Sheffield became the first Briton to journey into space when she beat 13,000 applicants to join a Russian flight to the Mir space station.

Helen Sharman, a 27-year-old chemist from Sheffield, became the first Briton to journey into space when she blasted off from Kazakhstan on this day in 1991.

Dr Sharman had applied to take part in Project Juno, a private programme which was created to send a British astronaut to the Mir space station on board the Soviet Union’s Soyuz TM-12 space craft, after hearing an advert on her car radio.

She was selected for the programme, along with Major Tim Mace, from nearly 13,000 applicants and was given just four days to put her affairs in order before reporting to the Yuri Gagarin Cosmonaut Training Centre in Star City, just outside Moscow.

There, she spent 18 months preparing for her mission, learning Russian fluently (her instructors spoke almost no English) and studying mathematics and astronomy as well as how to cope with the physical stresses of space travel.

Dr Sharman and fellow cosmonauts Anatoly Artebartsky and Sergei Krikalyov blasted off from the Baikonur Cosmodrome at 1.50pm BST and docked at the Mir station the following day. She carried a portrait of the Queen on the journey.

Over the following eight days, Dr Sharman carried out a series of medical and agricultural experiments including observation on seed growth and the growing of protein crystals. She also took part in a two-way radio conversation with British schoolchildren.

Sharman returned to Earth on May 26, landing in Kazakhstan in a different capsule, Soyuz TM11, alongside returning cosmonauts Viktor Afanasyev and Musa Manarov. 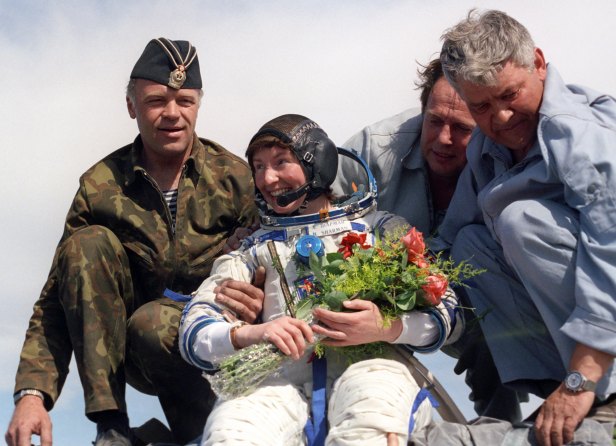 The Juno project was her only trip into space, though she was shortlisted for the European Space Agency programme in 1992 and 1998.

Helen Sharman - Did you know? 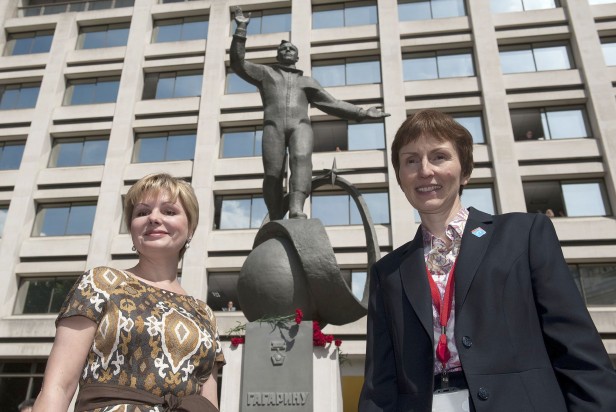