The cream of British pop music arrived at a London studio to record a song that raised millions for famine relief and kick-started a global phenomenon.

On November 25, 1984, British pop ‘royalty’ came together to record a single to raise money for famine-stricken Ethiopia – and a global music phenomenon was born.

There had been charity singles before, but not with such a glittering cast of performers – testament to the drive and passion of Boomtown Rats frontman Bob Geldof and his associate, Midge Ure of the band Ultravox.

Geldof had watched a BBC report on the famine and was inspired to write the lyrics for Do They Know It’s Christmas?, recruiting Ure to complete the music.  The pair then used their industry contacts to create a supergroup of current top pop artists to record the song. 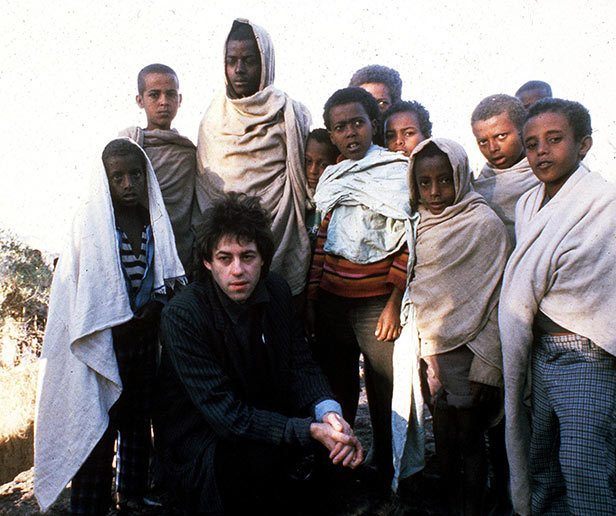 At dawn on Sunday 25 November Geldof and Ure arrived at Sarm West Studios in London to put the basic pre-recorded backing track into the studio’s system.  The stars enlisted to sing on the track began congregating from 9am.

Members of the era’s biggest bands such as Duran Duran, Spandau Ballet, Wham!, Culture Club and Status Quo, as well as solo artists including Sting, Phil Collins and Paul Young, sang through lines of the song’s verse and took part in its climactic ‘feed the world’ chorus.

The record was released the following Thursday and became the UK’s biggest-selling single at that time, achieving 3.75 million sales and raising £8 million in this country alone for famine relief.

Band Aid – Did you know? 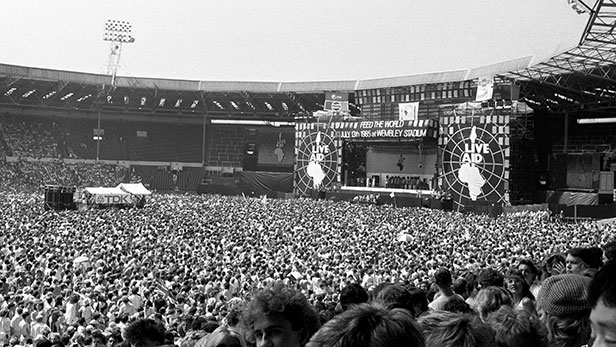