October 22, 1969: Beatle Paul McCartney denies rumours of his own death

Paul McCartney denied that he had died in a 1966 car crash - rumours fuelled by 'clues' on the cover of the Abbey Road LP - in an interview with the BBC.

Beatle Paul McCartney gave one of the most bizarre interviews of his life on this day in 1969 when he appeared on the BBC to deny rumours that he had died three years earlier.

The 'Paul is Dead' myth, which claimed the musician had been killed in a car crash in 1966 and been replaced in the band by a lookalike, first surfaced in a university newspaper in the United States in September, before being picked up by a number of radio stations.

The rumour-mongers claimed that clues left by the Beatles in their songs and on their album covers revealed the truth. In fact, they claimed that the photograph gracing the sleeve of the band’s latest LP Abbey Road (below) provided the biggest hints yet. 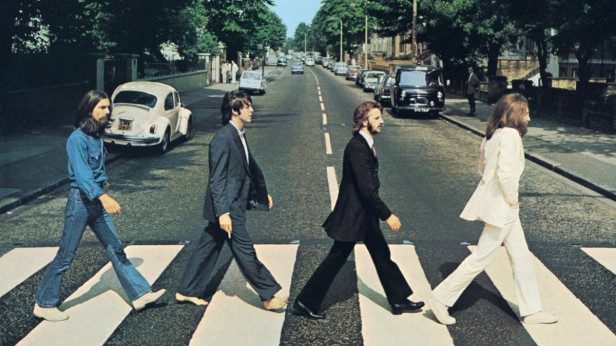 The image was claimed to show a funeral procession, with John Lennon dressed all in white as a priest, Ringo Starr in a black suit as undertaker; McCartney (the ‘corpse’) barefoot, eyes closed and out of step with the others; and the denim-clad George Harrison as gravedigger.

Furthermore, a Volkswagen Beetle car in the background has the number plate LMW 28IF. 28IF was interpreted as referring to McCartney’s age, if he had lived. However, at the time of the album’s release he would actually have been 27.

The bass player had issued a statement from his Scottish farm in an attempt to quash the story.

"Rumours of my death have been greatly exaggerated," he said, paraphrasing Mark Twain. "However, if I was dead, I'm sure I'd be the last to know."

[August 11, 1966: John Lennon defends his claim that the Beatles are 'more popular than Jesus']

The statement did little to quell the intrigue, so McCartney had to invite the BBC’s Chris Drake to interview him on the farm. He blamed the rumour on the lower profile he had adopted since getting married to Linda Eastman and becoming a father for the first time.

The rumour eventually faded, but not before several songs recorded as ‘tributes’ to McCartney were released and became minor hits – and Capitol Records reported a big surge in the sales of Beatles records.

The 'Paul is Dead' rumours – Did you know?
Print this story
Back to top