Britain's most prolific serial killer, former GP Harold Shipman, killed himself four years after he was jailed for 15 murders; an inquiry claimed he had killed at least 200.

Harold Shipman, the former doctor who is said to have murdered over 250 people while practising, was found dead in his prison cell on this day in 2004.

He had hanged himself by tying a bed sheet around the bars of the cell at Wakefield Prison. Shipman had been taken off ‘suicide watch’ 18 months earlier while at Frankland prison, near Durham.

His wife Primrose was due to visit him the following day – his 58th birthday – and had spoken to him the night before, when she had found him to be behaving normally.

Nevertheless, the jury at the inquest into his death would find that he had killed himself as he was in despair at the thought of being incarcerated, and because he had established that his wife would be entitled to an NHS pension if he died before the age of 60.

The jury found that Shipman was "neither bullied nor goaded" into taking his own life. A pathologist told the inquest that Shipman had not been attacked or murdered, and ruled out the possibility that the suicide was an accident.

Shipman was jailed for life in January 2000 for murdering 15 patients, the victims dying from lethal injections he administered. The Shipman enquiry established that he almost certainly killed 200 others, and had a ‘real suspicion’ that he was responsible for 45 more.

The former GP maintained his innocence throughout, always insisting that he had simply administered pain-relief, and had been planning an appeal against his conviction before his death.

Harold Shipman - Did you know? 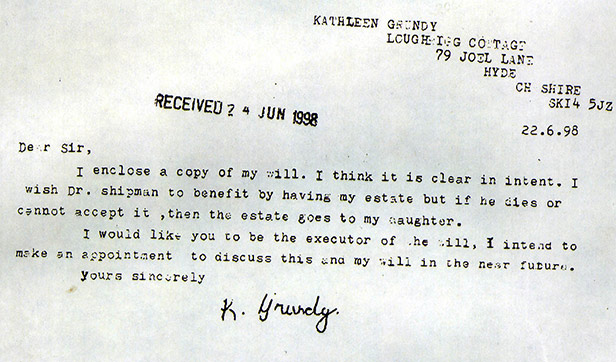 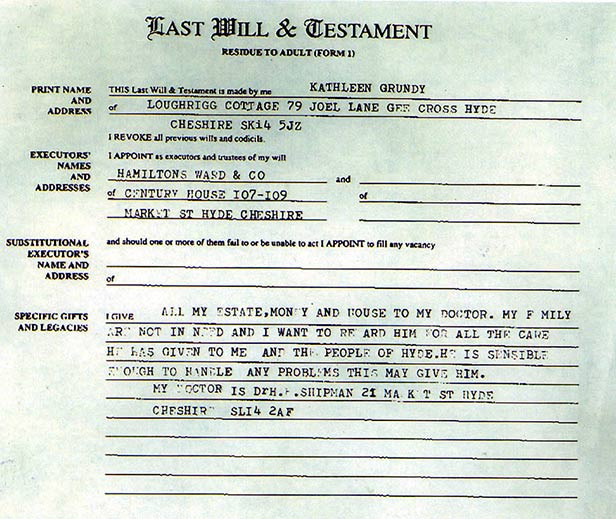