From radar to Nylon: 8 ground-breaking and life-saving technologies from World War II

We celebrate the Second World War innovations that remain with us.

Military needs often end up pushing and pioneering technological innovation. That was as true in World War II as it is today. On December 8th 1943 Colossus, the first ever programmable computer first started up at the GPO Dollis Hill, the machine changed the course of the war and history.

Find out more about that and some of the other enduring inventions that came to the fore during the conflict and eventually trickled down to consumers in one form or another.

[Read more: 8 inventors who came to hate their creations] 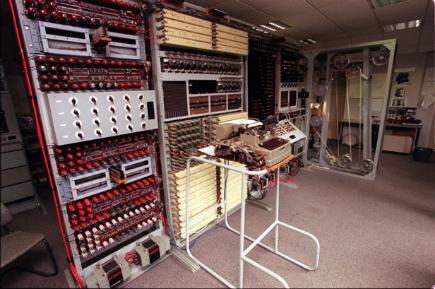 Before the war, Alan Turing had a vision for a Universal Machine which could be pre-programmed to do anything. His single-purpose Bombe machine, which deciphered the Enigma code, was a precursor, but didn’t yet fulfil the criteria.

However, the follow-up machine Colossus (above) was both programmable and electronic. The machine, designed by GPO engineer Tommy Flowers at Bletchley Park, was used to crack the more advanced Lorenz cipher was and allowed the allies to decode the highest level of German communications. It was fully operational by the time of the D-Day landings in 1944 and played a vital role in confirming German forces has swallowed the allies’ planted misinformation ahead of the landings.

Many of Colossus's components were made in the GPO Research Station in Dollis Hill, where Flowers had worked since 1926.

When the war had ended Flowers got invovled in making the first all-electronic telephone exchange in Europe, the Highgate Wood exchange. 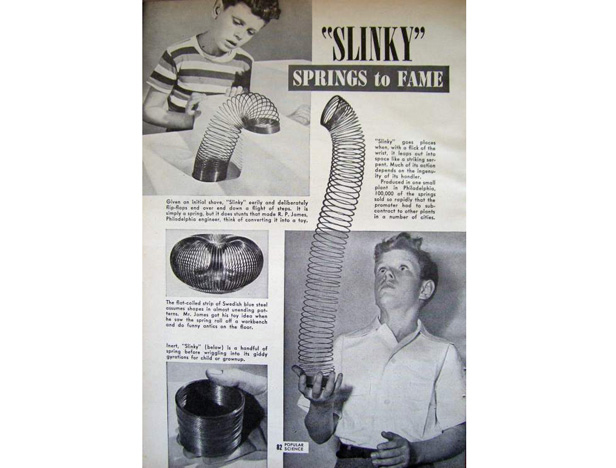 One of the world’s most popular and enduring toys was invented by accident during World War 2 by U.S. Naval Engineer Richard James in 1943. He was attempting to discover how springs could be used to keep important and expensive equipment safe at sea, when he dropped a torsion spring and noted its peculiar walk. A few post-war tweaks here and there would result in 250 million Slinky sales by the end of the 20th century. 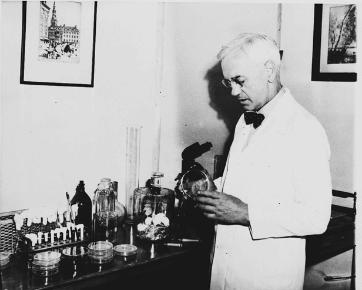 Discovered in 1928 by Sir Alexander Fleming (above), Penicillin only came to the fore during WW2, when it was mass produced as a means of treating infections. The antibiotic was found to be especially effective against gangrene, saving limbs and lives, and by 1945, 650 billion units a month were being produced.

[Read more: The techy trains that transformed the last century] 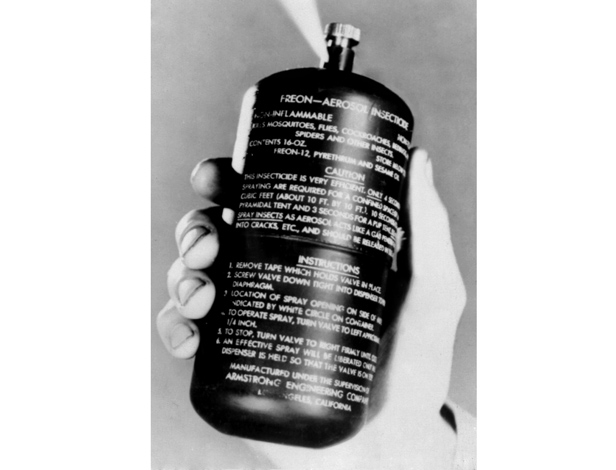 The modern spray can was invented by Americans Lyle Goodhue and William Sullivan. The ‘Bug Bomb,’ named for its distinctive shape, helped to save thousands of British and American soldiers from malaria-carrying mosquitos during a campaign in the Philippines. Now 14-year-old boys everywhere are using cans to repel the opposite sex just as effectively. 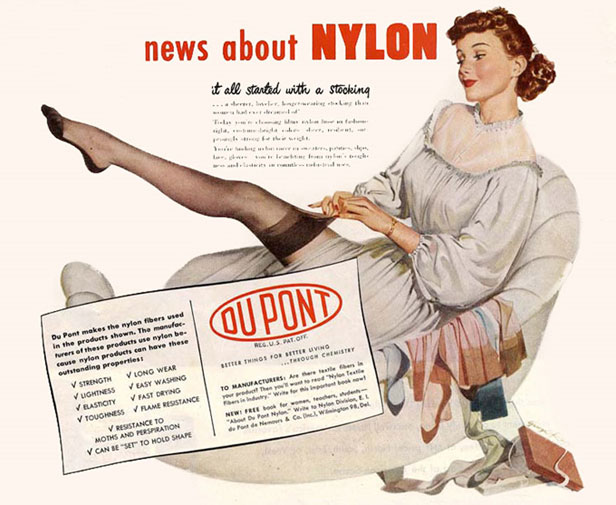 Another pre-war development to come into its own during WW2 was the ‘miracle fibre’ nylon. The Du Pont chemical company invented this stronger-than-silk material in 1935 and it soon became wildly popular as an alternative to the more expensive silk undergarments.

However in 1941 the US military soon commandeered supplies to manufacture parachutes, tents, rope and more. Women were even encouraged to give up their stockings to aid the war effort and there were riots when rations ended in 1945.

[Read more: 8 inventors who came to hate their creations]

The world’s fully operational first plane to carry a jet engine, the Heinkel He 178, took flight in August 1939.

It was developed and designed by German physicist Hans von Ohain. The tech continued to improve on both sides of the conflict, but jet planes were largely unused during the war due to high fuel consumption and lack of speed of early models. 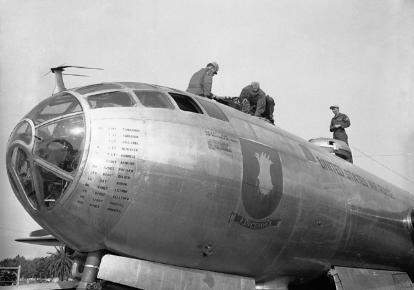 In 1944 the United States sent the B-29 Superfortress airborne with the first ever mass produced system for regulating air pressure, which helped combat hypoxia and altitude sickness among other ailments.

1938’s Boeing 307 Stratoliner had the distinction of being the first to debut the tech, but only 10 were ever made. After the war, this would roll out to passenger planes, allowing us all to fly with relative comfort. 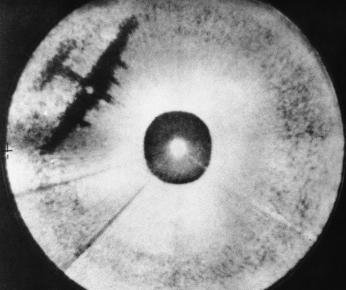 The first radar (Radio Detection and Ranging) technology was developed in the 1930s by Robert Watson Watt and Arnold Wilkins, as the threat of aerial bombardment became very real.

During WW2 it would indeed become critical.  Historians say the Battle of Britain may have been decided by the British reliance on its radar defense systems, and Germany’s decision to focus on bombing cities, rather than taking out the stations along the coastline.

As a result, Britain was able to spot German bombers while they were up to 100 miles away, focus their smaller aerial forces and even-up the numerical disadvantage.