Sony’s Betamax video recorder famously lost out to VHS in the VCR format wars. But it wasn’t the only technology to fall foul of a bitter rival.

Some of the biggest technological advances in history had to survive a civil war with a like-minded format before becoming the dominant standard.

Railways, gramophone records and television all saw different standards battle for supremacy before one format won out, and even domestic electricity was party to early conflict, with Thomas Edison using a host of dirty tricks against Nicola Tesla in order for his A/C standard to defeat D/C.

One of the most famous losers of these format wars is Sony’s Betamax video cassette recorder. Sony was confident that its product would dominate the new home video market, but that was before JVC’s VHS spoilt the party.

Here’s the story of Betamax vs VHS and three more epic format wars from the annals of tech.

When Sony launched its Betamax format in 1975, the home entertainment giant had expected the wider industry to back the format. But its Japanese rival JVC had other ideas when it launched its own VHS device a year later.

Sony hadn’t helped itself reportedly revealing key parts of the Betamax tech to JVC, which it then incorporated in to VHS, and while Betamax seemed to have the upper hand due to its superior recording, playback and sound quality, VHS machines were cheaper and would soon offer three-hour tapes (compared to 60-minute Betamax tapes). 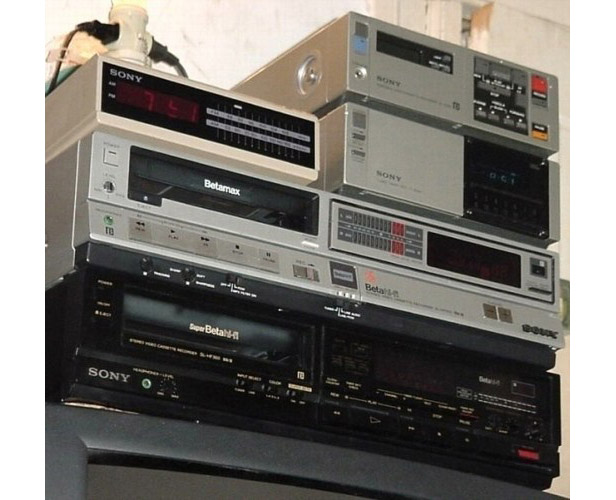 Before long, those three hours could be doubled to six using VHS’s long play setting, allowing people to record entire films and sporting events for the first time.

A wider array of rental titles also began to appear on the VHS format as the Betamax section of the video store began to dwindle. Sony did continue to build the machines to satisfy enthusiasts’ demand until 2002, by which time VHS was on its way to being usurped by a combination of DVD and digital video recorders. Here’s our romantic ode to the VCR.

The battle to power high-definition home video began in the mid-2000s as more people began to invest in HD-Ready TVs. There were two contenders in this battle of the souped-up DVD player - HD-DVD and Blu-ray.

The two sides did hold peace talks in 2005 hoping to avoid a format war, but when negotiations failed, Toshiba invested over £600m in HD-DVD and launched a host of players as well as stand-alone players for the Xbox 360 console. 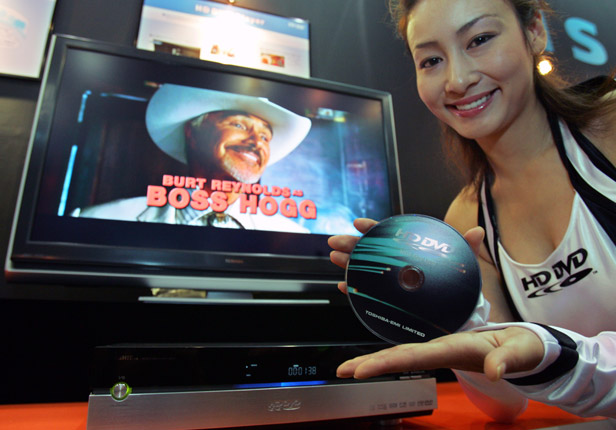 But Sony gave its format a huge boost when it integrated a Blue-ray drive directly into the PlayStation 3 console. The PS2 had done wonders for DVD adoption and Sony fancied a repeat performance.

Blu-ray discs could also handle 50GB of content (compared to HD-DVDs 30GB) and also earned support of more studios. When Warner Brothers exclusively committed to Blu-ray in January 2008, the war was all but won and Toshiba threw in the towel. 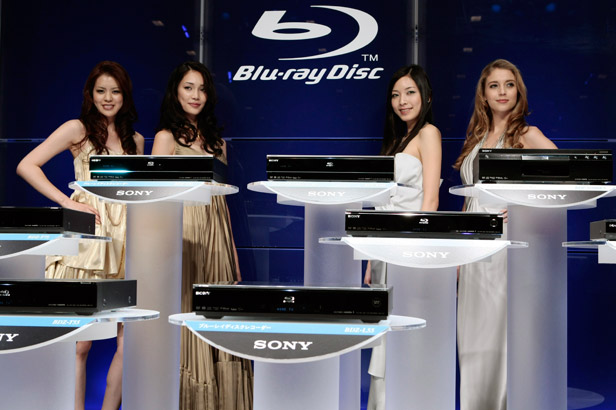 However, Blu-ray would soon face a much bigger foe with the emergence of high-definition streaming services made possible through home broadband improvements.

The Mac vs PC war is generally defined by both hardware and software.

Computers running Windows software made by Microsoft are PCs, while those made by Apple running the company’s Mac OS X software are obviously Macs. This battle has been going on for more than 30 years, ever since the first version of the Windows operating system succeeded MS-DOS in 1985. 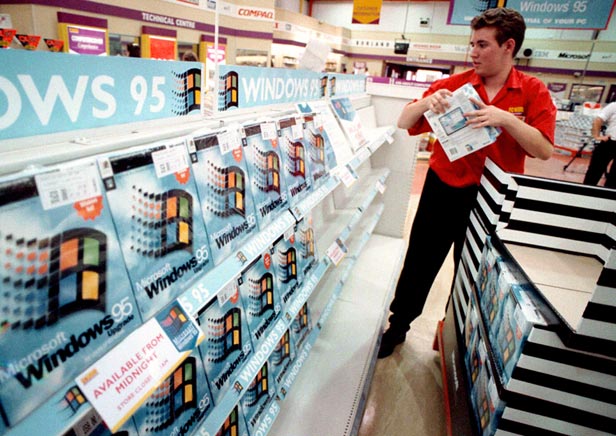 Apple had launched the IBM-busting Macintosh computer a year earlier and the battle lines were set. Missteps, mismanagement and expensive, underwhelming releases from Apple allowed Microsoft to take over and by 1988, Windows was the best-selling PC software in the world.

During the 90s, as computers began to become part of home life, Windows dominated and was almost unchallenged. This continued until Steve Jobs returned to Apple and spearheaded the launch of the Mac OS X software and a host of popular iMacs, MacBooks and Mac Pros, making Apple computers the go-to machines for creatives in the 21st century. 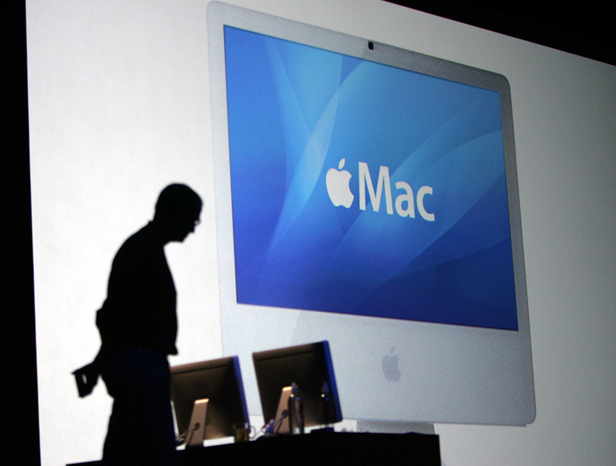 Despite the occasional marketing barb thrown in each other’s direction, PC and Mac seem to co-exist quite happily these days. Windows still owns the vast majority of the market, but PC sales continue to fall, leaving computer manufacturers struggling. Mac sales continue to gradually rise year on year, bucking the wider industry trend, but they’re still way behind Windows machines.

[Read more: 20 things you didn’t know about the Apple Mac]

In the mid-90s, Sega and Nintendo were in the midst of a decade-long battle for console supremacy.

The NES battled the Master System, the SNES battled the Mega Drive and the Gameboy faced a challenge from the Game Gear. Both companies had loyal followings so a clear winner never emerged.

However, a third player was about to change the game forever. The Sony PlayStation arrived in 1995 and shook up the scene as Sega ran with the underwhelming Saturn and Nintendo prepped the N64. 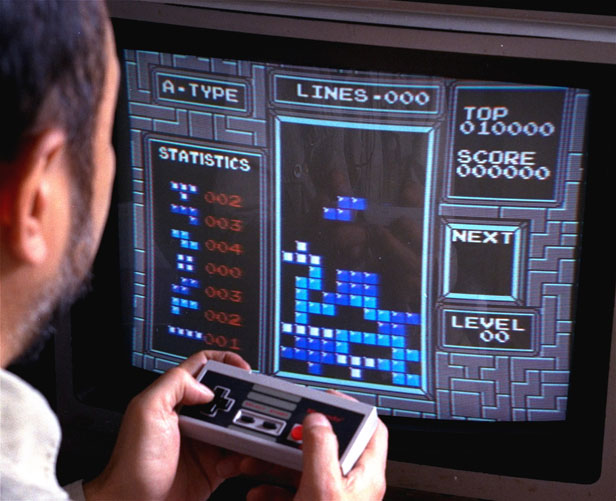 The CD-based PlayStation was the best-selling console of the era by a significant distance, becoming the first machine to sell over 100 million units. Ironically, the PlayStation was built by Sony for Nintendo in the early 90s, but the partnership failed in the early stages. How different things may have been…

Things went from bad to worse for Sega when it lurched from the Saturn to the even-more-disappointing Dreamcast. The Sonic-maker has now been out of the console business since the beginning of the 21st century.

[Read more: Sega will release a mini version of the Mega Drive console]

The cartridge-based Nintendo 64 held its own against the PlayStation for a while, but was held back by far inferior graphical performance.

The sequel PS2 absolutely smashed the competition including Nintendo’s GameCube and the new contender, Microsoft’s Xbox.

Parity was restored as Nintendo launched the innovative Wii up against the PS3, but the most recent Wii U has been a disappointment, while the Sony PS4 is the best-selling current gen console on the market right now.

While Sony vanquished Sega, Nintendo is hanging around despite a couple of standing eight counts.