We look back at Windows 1.0, the operating system that started it all for Microsoft.

The original Windows 1.0 went on sale back on November 20 1985, and kickstarted the personal computer revolution.

Since then Microsoft has released many version of Windows, some loved, some hated. Check them all out in our piece: From Minesweeper to Metro: A history of Microsoft Windows.

But what was it like, and why didn’t the critics like it? Read on and find out.

Nowadays most operating systems come free or cost very little to upgrade. But back in the 80s it was a different story. The Apple Lisa cost around $10,000, for example, and even the first Macintosh cost $2,495 in 1984. By comparison, Windows 1.0 was dirt cheap – the software cost just $99, in fact, while the PC required to run it could cost as little as $600.

While it looked a world away from Microsoft’s previous desktop operating systems, it actually ran on top of the text-based MS-DOS – if you didn’t have DOS, you couldn’t run Windows. 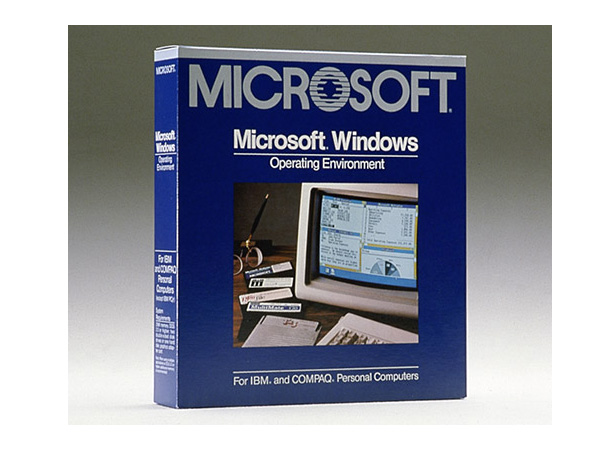 Because of its windows layout, it required a mouse to navigate, but critics weren’t sold on this new-fangled approach. “Who wants to use a peripheral to control their computer?” they cried. Everyone, as it happened.

As you can see, Windows 1.0 looked very basic by today’s standards, but it was a huge step for Microsoft. It was the company’s first graphically rich user interface – at this point, only Apple had released anything like it so it was pretty forward-thinking for the time.

Features included drop-down menus, scroll bars, icons and dialogue boxes, and instead of typing in complex commands, you navigated by pointing and clicking. In essence, it’s the same basic user interface that we still use to this day.

You could also switch between programs without having to quit and restart each one – an invaluable timesaver.

It even had its own game, Reversi, a strategy board game for two players.

Microsoft encouraged other companies – and even its rivals – to develop programs for Windows by not requiring them to use a Microsoft user interface in their applications.

[Read more: Microsoft stops selling Windows 7 — what does it mean for you?]

It could have been called ‘Interface Manager’ instead of Windows. That was the codename, but the catchier ‘Windows’ won out in the end.

While it received many plaudits for its potential, sceptics labelled it as vapourware, a term used to decry software that isn’t yet available.

Windows 1.0 went on sale on November 20, 1985 – a full two years after it was first unveiled. One columnist joked that when Microsoft first announced Windows, its executive Steve Ballmer still had hair.

[Read more: Solitaire, Notepad and Paintbrush: What do you remember about Microsoft, Windows 3.0?]

Chairman Bill Gates knew the OS was the first step to a brighter future for Microsoft. “Windows provides unprecedented power to users today and a foundation for hardware and software advancements of the next few years,” he said in the original press release. “It is unique software designed for the serious PC user, who places high value on the productivity that a personal computer can bring.”

Steve Ballmer starred in the original advert for Windows 1.0. With his inimitable enthusiasm, he shouted about its offerings – “Wait until you see Windows Write and Windows Paint!” – before going loco about the $99 price.

You couldn’t place one window over another in Windows 1.0. Instead, all windows appeared as tiles, which isn’t a million miles away from the tile-based user interface in Windows 8. When Microsoft introduced overlapping windows in a later version, it faced a lawsuit from Apple, whose Macintosh interface allowed windows to overlap.

Most of the the critics slated it, and not just because it relied on you using a mouse. While it did run on low-specced computers, it was very sluggish, especially when running more than one application at once. It had its share of bugs, too. Some programs would ‘misbehave’ when opened and take up the whole screen, for example. Still, nothing is perfect, and Windows went on to dominate home and business computing for decades.

[Read more: Microsoft Windows: How one piece of software changed the world]