Recently the news a woman took a computer worth £130,000 to a recycling centre made headlines around the world.  That computer was the Apple-1 and you can be forgiven for never having heard of it because very few units were ever made.

Forty years ago this week, on June 29, 1975, Steve Wozniak showed the prototype of this new computer to his great friend Steve Jobs.

The hand-built machine was the first product developed by a then little-known company called Apple Inc and was the first step in a computing and mobile revolution the impact of which we are still feeling 40 years later.

Here are 17 facts you may not know about the Apple-1.

After designing computers in his spare time Steve Wozniak (known as Woz) studied computer science at USC Berkeley and worked on calculator chips at Hewlett-Packard. By accident he attended the inaugural meeting of the Silicon Valley hobby group ‘Homebrew Computer Club’.  This inspired him to starting thinking about microcomputers, including the device that would become the Apple-1. 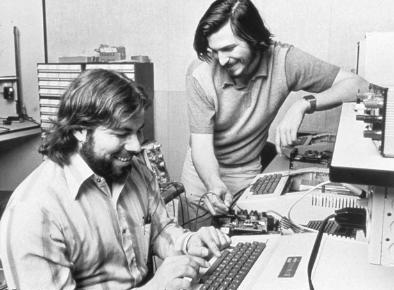 As a Hewlett-Packard employee, he offered the company the rights to the Apple -1. It declined. Speaking in 1984 he said: “Hewlet-Packard just couldn’t do a hobby product – they just couldn’t get into an evolving market when it was too young and unforeseen.”

The Apple-1 was first demonstrated in July 1976 at the Homebrew Computer Club. Wozniak said he and Jobs gave out schematics for the computer and terminal to the club, even going to the houses of club members to help them set it up.  Jobs said: “Look, people are interested in what you’ve got. Why don’t we make a PC board, have it silkscreened so they know what parts to plug in and sell it to the club?”

In order to fund the Apple-1, Wozniak sold his HP-65 calculator for $500 (£318), while Jobs sold his VW Microbus. The HP-65 was a pocket calculator with a magnetic card reader/writer that could write computer programs.

The $666.67 price was chosen not because of any demonic association, but because Wozniak “likes repeating numbers”.

The Apple-1 was unlike any computer sold today. It was basically a circuit board made from a MOS Technology 6502 1MHz processor, 8KB RAM, 40x24-pixel graphics and a built-in video terminal. Purchasers would still need to buy components, such as a case, keyboard and video monitor/TV set.

It could be used for developing programs, playing games or running the BASIC operating system. 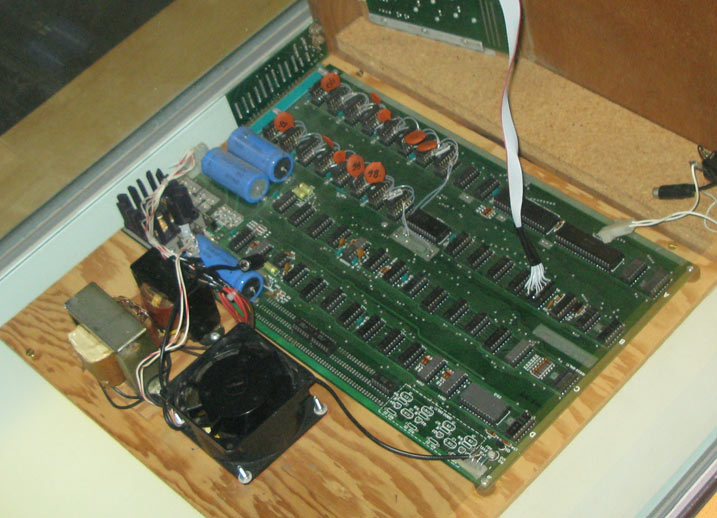 Wozniak and Jobs didn’t assign serial numbers to the Apple-1, although some do have the numbers ’01-XXXX’ on the back. These are unconfirmed to have been inventory numbers attributed to The Byte Shop.

In all, 200 models were made and all but 25 were sold. Sixty-six Apple-1s still exist today, and the Apple Registry has a list of them all.

On April 11, 1977, Wozniak filed a patent for ‘Microcomputer for use with video display’, one of his four patents.

[Read more: From IBM to Apple - 8 computers that changed the world]

The follow-up machine, the Apple-II, went on sale in June 1977. The Apple-1 continued to be sold until it was discontinued in September 1977.

The highest price paid for an Apple -1 was in October 2014 when a model was bought for $905,000 (£575,900) by the Henry Ford museum complex. Patricia Mooradian of the museum told Fox News: “To have this Apple-1 is very important because our collection focuses on innovation, ingenuity, and resourcefulness, which are great American traditions.” 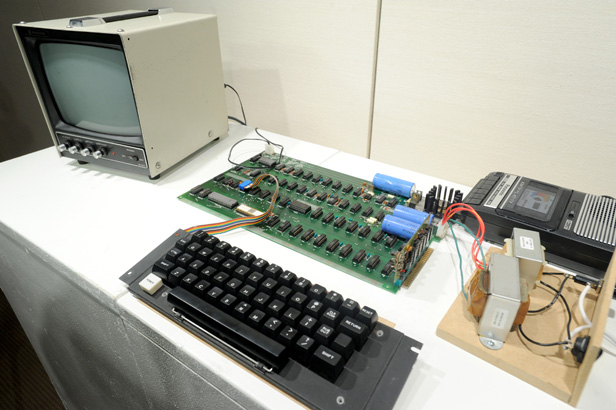 Apple-1 fans can build their own (cheaper) versions of the device called the Mimeo 1 using hardware kits sold by Mike Willegal.

In 2000 Wozniak was inducted into the National Inventors Hall of Fame for the ‘Personal Computer’. Jobs was inducted in 2012 for ‘Graphical User Interface and Methods of Use Thereof in a Multimedia Player’.

Thirty-two years to the day after Woziak showed the Apple-1 to Jobs, Apple unveiled another breakthrough product, shipping the first iPhone on June 29, 2007.