Kids love video games, but not all games or consoles are suitable for the little ones. We help you choose the right games machine for family-friendly fun.

Video games are one of the most immersive and rewarding forms of entertainment out there. Yet choosing the right games console or game for your children or grandchildren can be something of a nightmare.

If it wasn’t hard enough already, games today seem to be designed solely for either adults or extremely young children and finding the line between the two can be incredibly difficult, especially if you don’t know your Xbox from you Nintendo 3DS.

[Read more: Is the Nintendo Switch safe for my child?]

To help you cut through the noise and decide which console is best for you and your family here’s our handy guide:

Nintendo is the clear winner when it comes to making games specifically for children.

The Nintendo 2DS XL is a perfect starting point for young children. It’s portable, has a huge catalogue of games that kids can save up for and it has limited internet access. 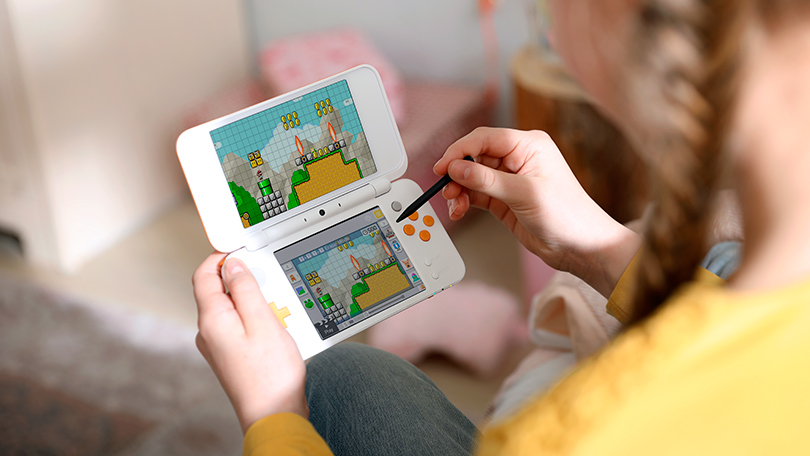 Beyond that, the Nintendo Switch is a fantastic games console for the whole family. The console’s unique feature is that it can be used in portable mode or connected to your big-screen TV in docked mode.

While the selection of games can include some very adult choices (Doom, Wolfenstein: The New Colossus) Nintendo has created a superb companion app that lets parents control their children’s experience on the console.

Using the app you can set time limits for certain games and even remotely stop them playing if they go over the allocated limit.

The Xbox One S is a great starter console for slightly older children and teens, combining a good selection of fun titles with all the big-budget blockbuster titles that you would expect from a state-of-the-art games console. 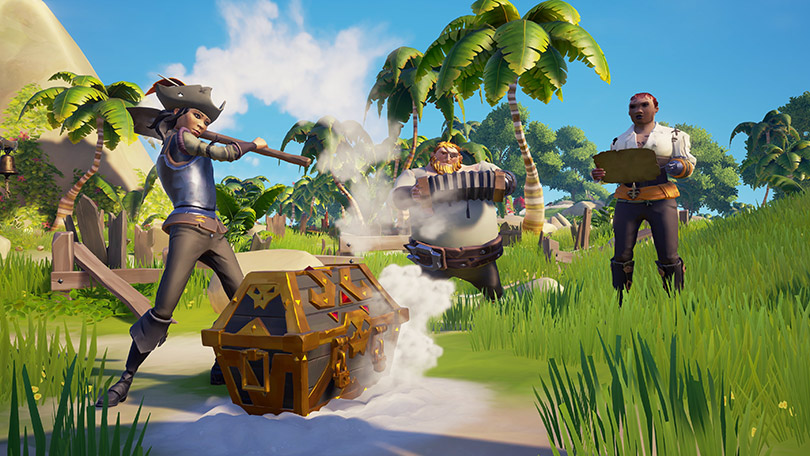 Games that are perfect for teens include Sea of Thieves, Forza Horizon 4, Fortnite. WWE 2K19 and the vast sci-fi epic No Man’s Sky.

The PlayStation 4 similarly offers games designed for a slightly older audience, but again that doesn’t mean there isn’t a really solid selection available for those who are heading into their teens.

Choice titles for teens on the PS4 include: Fortnite, FIFA 19, Rocket League, Spyro Reignited and the brilliantly dazzling Tetris Effect.

The Nintendo 2DS XL takes the crown for affordability thanks to its £135 starting price tag. There are also loads of different styles to choose from so you can let your child pick one that best suits their tastes.

Coming in a close second is the Xbox One S which offers up blockbuster gaming for the living room at around £200. Today’s video games take up a lot of memory so make sure you select the 1TB version.

At around the same price range is the PS4 although it does come with only half the storage space of the Xbox. If you want the same amount of space you’ll need to spend around £230. 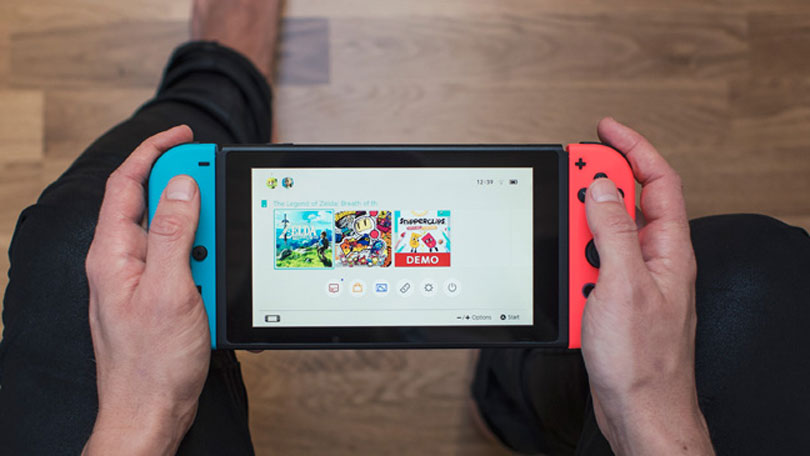 The Nintendo Switch is the newest of the video games consoles and as such comes with one of the highest price tags. The basic Switch costs £279 and there are some extra costs you’ll have to consider as well.

The Switch only has enough storage space for a few games, so you will probably need to increase the storage by buying a memory card. The type you will need is called a microSD card and we would recommend getting a size of 100GB or higher.

You could also pick up a mini retro console like the NES Classic Mini or the SNES Classic Mini. These come preloaded with games, which means you can't buy extra titles for them, so they're a bit more limited. They're also less powerful than modern consoles, don't connect to the internet, and are designed with retro-loving big kids in mind. Still, little ones will probably still find them fun too.

The Nintendo Switch is by far the best games console for getting the entire family involved.

Thanks to its design, the Switch’s controls actually detach from the console to create two separate controllers. You can then buy another pair, giving you four controllers for the price of two.

The Switch also has a huge range of team-based games that encourage the whole family to get involved. Mario Kart offers up cartoon racing while the brilliant Overcooked sets families the challenge of preparing and making meals in bizarre scenarios. 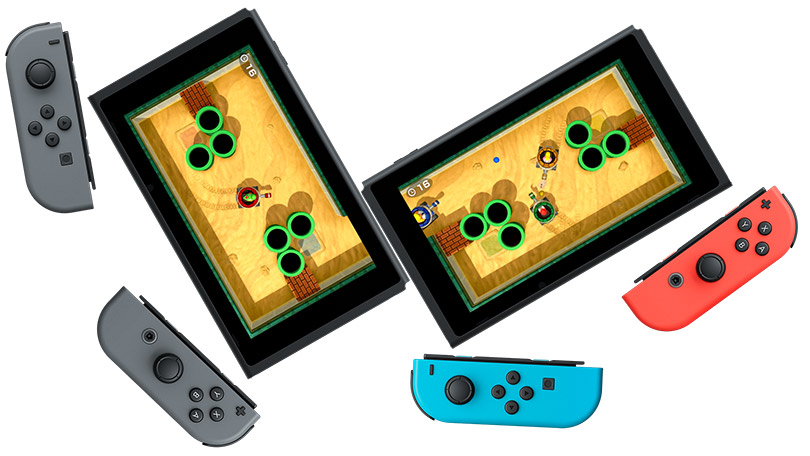 If you have more than one Switch then players can easily connect them without wires, allowing kids to play against each other even without the need for a wi-fi network.

The PlayStation 4 comes in a close second thanks to a new type of video game called PlayLink.

PlayLink lets families and friends play a new and exciting range of video games by using their phones as the controller. Games like That’s You offers a unique take on the quiz show, challenging players to demonstrate just how much they know about each other. 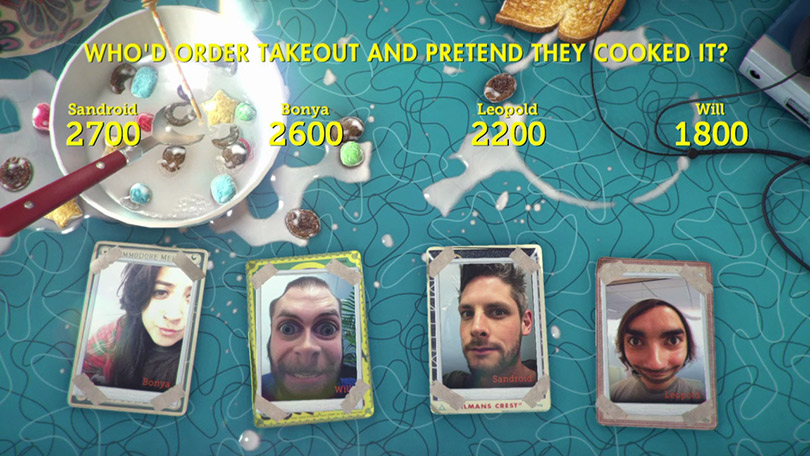 Frantics, on the other hand, consists of a selection of fun, quirky mini-games that’ll see you using your phones in new ways in order to compete.

The Xbox One S does support multiple players on the same console however it is more focused on online video games which means that while your child will be playing with other people, they won’t be in the same room as them.

One rather nice feature with the Xbox One is something called Copilot. This allows a parent and child to have two separate controllers but still be controlling the same character so that the parent can jump in and help if their child is struggling without having to physically take their controller away from them.

The modern video games console can do a lot more than just play games.

As well as playing DVDs and Blu-ray discs they can stream TV shows and movies from services such as Netflix and Amazon Prime Instant Video.

Both the Xbox One and PlayStation 4 get the top prize for offering extra entertainment as both support a huge range of streaming apps including BBC iPlayer, Netflix, Amazon Prime, 4OD and even Sky and Now TV. The Xbox One and PlayStation both support a technology called HDR. This drastically improves the picture quality of what’s on the screen and if you family has a HDR-compatible TV it’ll make your games and films looks even better.

For parents who want the latest and greatest sound systems in their living rooms the Xbox One also supports a new sound technology called Dolby Atmos. This new technology creates a highly-realistic surround sound effect that can make you feel like you’re actually in the scene that’s on the screen.

Spotify users can also create their own soundtracks on Xbox and PlayStation by playing their music in the background while enjoying their games.

While the Nintendo Switch lacks many of these apps, it does have YouTube.

Join us for Superfast broadband!

Already with us? Check out your personalised offer