Advanced technology is assisting police forces in the UK. But is the tech ready? And what is the cost to privacy?

Emerging technologies are helping police forces around the UK make proactive and reactive decisions more effectively and efficiently, but they’ve also thrown up many questions.

In the first of our two-part series, we’ll look in detail and the technology being used by police today, starting with facial recognition.

Facial recognition: How is it being used?

Ahead of last year's UEFA Champions League Final in Cardiff, South Wales Police revealed that it would be using facial recogntion technology to identify potential troublemakers - be they ticket touts, hooligans or terrorists.

The tests used the city’s CCTV network and mobile police vehicles to capture faces at the train station, in the town centre and around the stadium. That data was compared against a watch list, which allowed police to act if the software brought back a match from custody photos.

In a statement, the force told us facial recognition is “being tested as proof of concept, in order to determine its potential and feasibility within a challenging, real-world policing environment”.

It said it wants to “arm our officers with the very best technology commercially available – providing the public benefit is both proven and justifiable”.

South Wales Police declined an interview request on the specifics of their trials (type of cameras, software, algorithms, use of data etc.), but has produced a video explaining how it is using the technology.

Simon Kempton, a serving police officer and board member of the Police Federation, says recent advances have made facial recognition tech viable for the first time.

“We’ve had facial recognition for a long time,” he said, “but only recently have the algorithms been there to process the images and act upon them in real time.

“It gives the ability to recognise someone’s face and compare it against known individuals and to get that information out instantaneously. That’s where we’ve been lacking until now.”

Beyond major events, Kempton sees this technology as a useful tool in the aftermath of an atrocity such as a terror attack.

He said: “Post-incident, if you think you know who carried it out, the ability to use facial recognition for historical enquiries can help us determine where that individual went. It’s the sort of thing we already do, but the more you can automate it, the quicker and more accurate the process will be.”

This technology could assist officers around the UK who are currently more stretched than they’ve ever been. However, Kempton cautions the tech shouldn’t be used as a justification for more cuts to frontline human policing.

“There are fewer police officers on the spot and they tend to cover more than one area now. This means they’re less likely to know the individual troublemakers and criminals, so in that way it would be a huge plus,” he said.

“While it’s vital and good to see we’re investing in technology and infrastructure, it doesn’t replace police officers, it augments officers. We have to have the resources to respond to the information that technology gives us.”

Kempton cites the example of Automated Number Plate Recognition (ANPR) as an example of technology not always assisting officers but burdening them with an unsustainable workload. 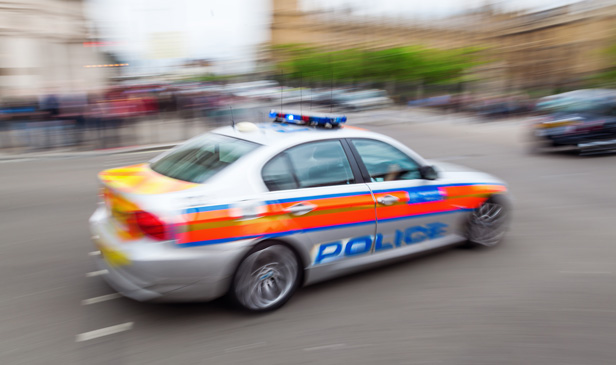 Millie Graham Wood, a legal officer at advocacy group Privacy International, says it is troubling there’s currently “no oversight” of the use of facial recognition.

She said: “We don’t know where the images are going, what they’re checked against, if they’re stored, where they’re stored, the deletion practice, which [private] companies they are using, or what’s the long-term plan to roll it out?

“How many false positives are there when they run this? How good is the technology and how discriminatory is it?” she adds.

Some object to the police retaining biometric images. In February last year, it emerged 19 million people existed on a ‘custody photo’ database. Then Home Secretary Amber Rudd said innocent people must have the right to request deletion, citing “a careful balance between protecting individual privacy and giving the police the tools they need to keep us safe”.

Simon Kempton is also cautious about facial recognition. “The danger is, without wanting to sound too Orwellian, an alarm goes off in Cardiff and facial recognition tells me there’s an 84% chance that a person is going to commit a street robbery. It’s a short leap before we start detaining people for something they haven’t done yet.

[Read more: What happens when you call 999? The secrets of the emergency services number]