Solitaire, Notepad and Paintbrush: What do you remember about Microsoft Windows 3.0?

3.0 was the operating system that brought Windows to the masses. We boot it up to see what all the fuss was about.

In every big technology company’s history, there are landmark launches that catapulted it to new heights. For the world’s most famous software company, Microsoft, that launch was the Windows 3.0 operating system.

Here are a few fun facts you might not know about Microsoft’s OS, which first launched on May 22 1990.

[Read more: From DOS to Windows: How Microsoft became one of the most valuable companies on Earth]

It was the first version of Windows to come built into some PCs. Other machines still used floppy discs, which came with large instruction manuals.

Windows 3.0 was the first version of the software to feature the card game Solitaire. The single player test patience, which required players to drag and drop cards was added: “to soothe people intimidated by the operating system.” It was a default inclusion right up until Windows 8, when it became an additional download. 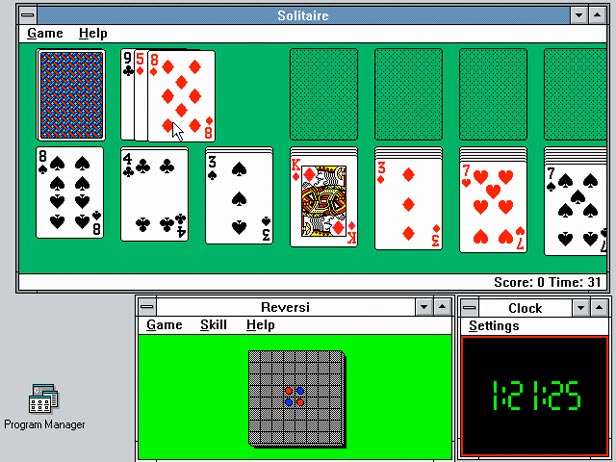 Windows 3.0 greatly improved on previous attempts at a Graphical User Interface (GUI) that could rival Apple’s software innovations. The dreaded Command sequences within MS-DOS were replaced by a Program Manager and File Manager UI tools.

The low-powered Windows 3.0 real mode enabled the software to be backwards compatible with Windows 2.0 applications. However it was ditched with the release of Windows 3.1.

Combined with its Windows 3.1 successor, which arrived in 1992, the Windows 3.x series would sell over 10 million copies. Windows 3.0 alone would sell two million in the first six months.

Windows 3.0 was actually borne out of an experiment from a pair of Microsoft engineers who were about to get Windows 2.0 to run in “protected mode” which gave users more access to ‘virtual memory’ increasing efficiency. The results of their experiments formed the basis for the new OS.

Its popularity was aided by Intel’s revolutionary 386 processor, which allowed programs to run markedly faster.

Windows 3.0 offered compatibility with a whopping 16 colours within the user interface. The average display today offers 16,777,216.

While Windows 3.0 wasn’t the first version to introduce multitasking, it did make it relatively functional, allowing users to switch between applications without closing down others.

[Read more: From Metro to Minesweeper – a history of Microsoft Windows]

One of the major drawbacks with Windows 3.0 was the need to buy new software. Sure, old apps would run in ‘real mode’ but users would miss out on all of those fancy new UI tools. However, those upgrading to new tools were given a discount. 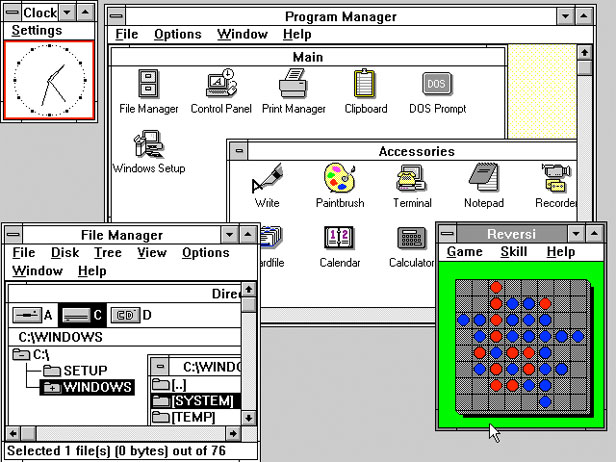 Windows 3.0 also saw the debut of the stable Notepad and Paintbrush applications.

Windows 3.0 had a relatively short lifespan. It was replaced by Windows 3.1 in 1992, which Microsoft said brought over 1,000 changes; most of them incremental. Most importantly 3.1 offered enough to make believers out of the MS-DOS loyalists.

Get the speed you need with our Superfast fibre broadband