The clock is ticking for old versions of Windows

Windows XP has long passed its best-before date and now Vista’s is fast approaching. What are the problems if you stick with either — and what are your upgrade options?

Anyone still using Windows XP on their PC is no doubt tired by now of being told why they should switch to a newer version of Windows. The good news is that you won’t feel singled out for much longer — you’ll be joined by Windows Vista users come 11 April 2017.

That’s the date when Microsoft ceases all support for Vista, which means no more fixes for security problems — non-critical bug fixes for Vista ceased in April 2012, by the way. 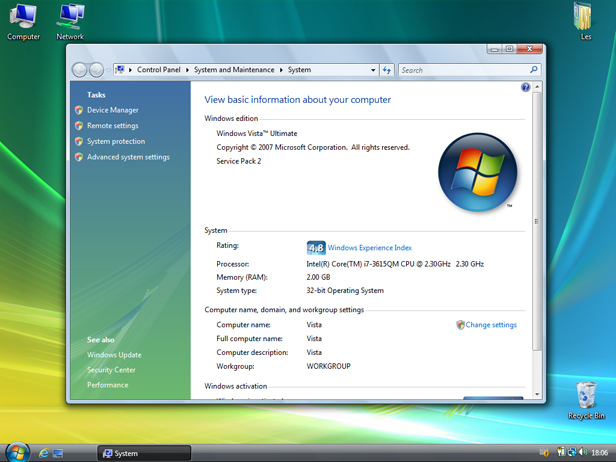 Windows Vista isn’t anywhere near as popular as Windows XP, of course, so the impact of its demise won’t be felt as keenly. It’s only used by around 1.8% of PCs worldwide, compared to around 12% for XP (Windows 7 is at 58%, Windows 10 at 5%).

Even so, there will still be people who will hang on to Windows Vista in the face of strong advice to the contrary, just like Windows XP users are doing right now.

Why old operating systems are a problem

Using an insecure operating system not only puts your PC at risk, but also the PCs of others. In 2012, a Microsoft Security Intelligence Report stated that Windows XP PCs had by far the highest malware infection rate compared to later versions of Windows. 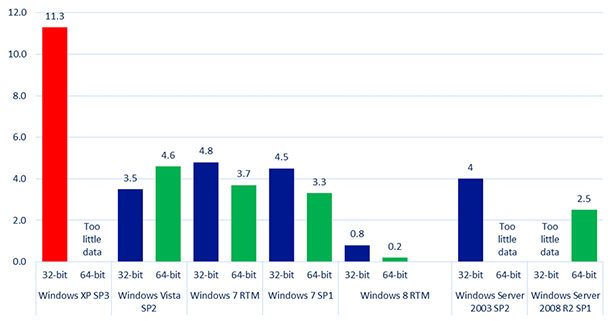 Malware-infected PCs can be controlled remotely by hackers, without their owners’ knowledge, in vast ‘botnets’ to attack other PCs, send spam, crash web sites and generally cause chaos online. And if that alone isn’t enough to convince you to upgrade from Windows XP (and, soon, Vista), here what else we’ve said on the matter recently:

Of course some doubters will insist that they know what they’re doing and Windows XP is still perfectly safe. If that’s you, you might change your tune when you PC is hacked, your personal data stolen and money is taken from your bank accounts. Sound far-fetched? Here’s Microsoft has to say about it:"

"After April 8, 2014, Windows XP SP3 users will no longer receive new security updates, non-security hotfixes, free or paid assisted support options or online technical content updates.  This means that any new vulnerabilities discovered in Windows XP after its end of life will not be addressed by new security updates by Microsoft.

Moving forward, this will likely make it easier for attackers to successfully compromise Windows XP-based systems using exploits for unpatched vulnerabilities. In this scenario, anti-malware software and other security mitigations are severely disadvantaged and over time and will become increasingly unable to protect the Windows XP platform."

According to Microsoft, in the 12 months between July 2012 and July 2013, Windows XP was affected by 45 Microsoft security alerts — that was when the operating system was still being updated, remember. Any security holes that have been found in Windows XP in the 17 months since Microsoft abandoned it, however, still exist. The same will apply to Windows Vista after April 2017, too.

Not everyone cares to believe what Microsoft has to say, of course, so here’s a similar statement from the Information Commissioner’s Office, aimed at businesses, just to hammer the point home:

"In the case of Windows XP and Office 2003, from 8 April [2014] there will be no updates to apply. Anyone using these two products must consider their options and look at migrating to a supported operating system. Failure to do so will leave your organisation’s network increasingly vulnerable over time and increases the risk of a serious data breach that your actions could have prevented."

So what are your options if you do want to upgrade from Windows XP or Vista? One is to abandon Windows altogether and install one of the many free versions of Linux. We won’t sugar coat this option, though. You’ll most likely spend as much time getting everything to work to your liking in Linux as you will using it, so it’s really only an option for those who like to tinker with their PCs. 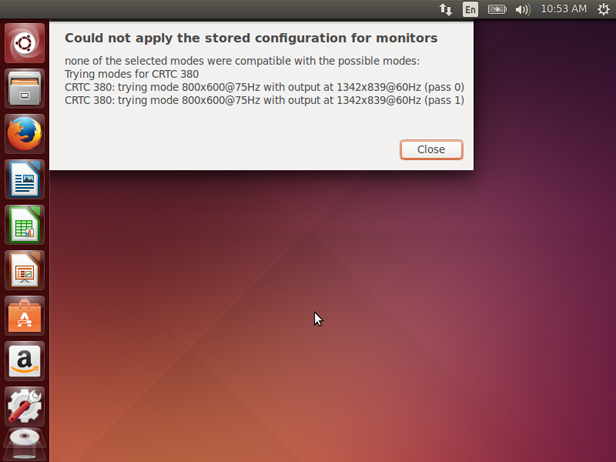 You won’t be able to run any of your existing Windows software, either, at least not directly. Linux has more than its fair share of excellent free software, but for those irreplaceable Windows essentials, you can still install Windows XP and its apps in a ‘virtual’ PC using VirtualBox — where Windows hackers can’t cause any harm, incidentally.

Alternatively, how about a cut-price upgrade to Microsoft’s latest operating system, Windows 10? Windows XP and Vista users don’t qualify for a free upgrade, but they can bag one for less than half the price of the £83 RRP.

The trick is to buy an intermediate Windows 7 DVD and upgrade to Windows 10 for free from that — or just stick with Windows 7, of course. Reduced-price Windows 7 install discs for refurbished PCs are widely available on Amazon for around £35. 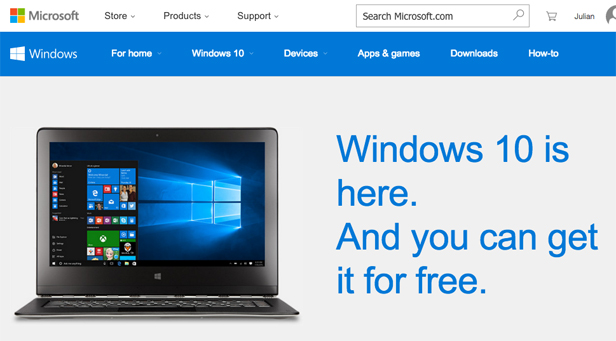 [Read more: Why Windows 10 is superior to Windows 7]

The discs are intended for use by dealers who sell refurbished PCs where a full-price copy of Windows would add too much to the price, but they work just as well with other PCs.

So all you need to do is install Windows 7 and then grab the upgrade to Windows 10 some time before 28 July 2016, which is when the free offer runs out.