World Radio Day: Discover BT's role in the history of radio in the UK

From Marconi and the transistor radio to DAB. We look back at some of the most significant events in radio’s history.

February 13th marks World Radio Day, an occastion to celebrate the medium of radio as a relatively cheap communication tool capable of reaching a wide audience and bringing people together.

Proclaimed by UNESCO and observed by UN Member states, the date Feb 13th was chosen because it was the day United Nations Radio was established in 1946. To celebrate we look at some of the most significant milestones of British radio.

[Read more: When will the UK's FM radio signal be turned off?]

1897: On July 2nd 1897 Giglielmo Marconi was awarded his first radio communications patent in the UK.

Marconi came to the UK from from Italy. Here he was introduced to the GPO's (BT's forerunner) chief engineer William Preece, who supported him during his early years.

In 1896 Marconi sucessfully sent a wireless signal between two buildings owned by the GPO and  the following year he was awarded Patent 12,039 for 'Improvements in Transmitting Electrical Impulses and Signals, and in Apparatus therefor.' Marconi never signed a formal agreement with the GPO and he established a private company in 1897.

1922:  The birth of British radio comes with the formation of the British Broadcasting Company in October 1922. This includes General Electric and the Marconi Company, which had developed the first experimental radio station, 2MT, in 1920.

On November 14 the first national radio broadcast is made from radio station 2LO located on the seventh floor of Marconi House on the Strand.

At 6pm Arthur Burrows, director of programmes, says: “This is 2LO calling.”

The transmission is made using a 1.5kW transmitter (below), made from metal, wood and glass. You can see the transmitter at the Information Age gallery in London’s Science Museum.

To listen to the radio you need a licence, which costs 10 shillings.

The audience is small to begin with – just 30,000 licences are given.

1923: The first edition of the Radio Times is printed.

1924: The ‘pips’ are heard for the first time. They are played at the top of every hour and denote the Greenwich Time Signal.

1929: The Daventry transmitter, the UK’s first long wave transmitter, opens. The location is selected because it covers the maximum land area.

1932: In September the BBC moves to Broadcasting House in Central London.

In December the BBC launches the Empire Service, which is known as the World Service today. To mark the moment, King George V is the first British monarch to make a radio broadcast.

1939: On September 1 Prime Minister Neville Chamberlain broadcasts to the nation that Britain is at war with Germany. This is followed by a broadcast from King George VI on September 3rd, the first evening of the war (below). 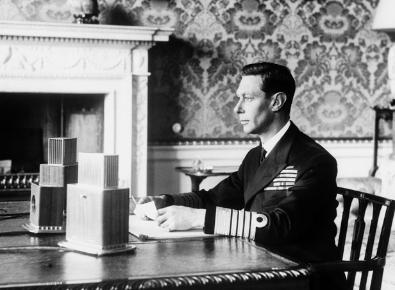 Until this point there had been two radio services: the BBC National Programme and BBC Regional Programme, which included broadcasts from the regions.  At the start of WW2 they merged to prevent enemy aircraft using the transmitter for navigation.

1945: The Light Programme launches for light entertainment programming, followed by the BBC Third Programme in 1946.

1955: The BBC begins broadcasting in FM (frequency modulation) for the first time. It is superior to AM (amplitude modulation), which is susceptible to interference in bad weather.

1954: The Regency TR-1, the world’s first transistor radio, is unveiled. The first truly portable radio is a huge success, changing the way people listen to radio. Other manufacturers included the Tokyo Telecommunications Engineering Corporation (later Sony) made them.

1958: Sound effects unit the BBC Radiophonic Workshop is formed, residing at rooms 13 and 14 of Maida Vale studios. Run by Desmond Briscoe, it pioneers the use of electronic music, creating theme tunes such as that of Doctor Who in 1963.

1964: ‘Pirate radio’ stations Radio Caroline and Radio Atlanta begin broadcasting from ships in the North Sea. The pirate radio audience is between 10 and 15 million in 1965. 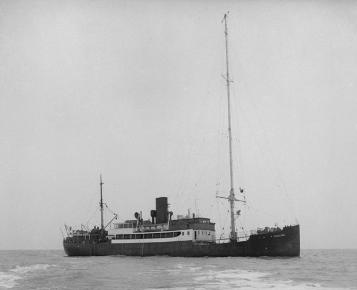 1971: Radio-only licences are abolished as the television audience grows.

1978: An international agreement on radio frequencies means many BBC radio wavelengths are changed to improve reception.

1980s: The availability of cheap 50W transmitters means it is a lot easier for people to create their own radio stations, so there is a huge increase in pirate radio stations. At one point these outnumber legal stations.

1988: The first Radio Data System (RDS) car radio is installed in the UK.

1995: The BBC begins the UK’s first digital radio transmissions with Radio 1-5, Parliament and Sports Plus.

1996: It is the birth of internet radio in the UK, as Virgin Radio becomes Europe’s first radio station to broadcast online.

The first DAB tuner goes on sale in the UK.

2002: The BBC launches a series of digital-only channels including BBC 1Xtra, 4 Xtra and 6 Music.

2009: The Digital Britain report recommends the switch from FM to digital should take place in 2015.

2013: The government delays the FM switch-off, because not enough people own DAB radio sets.

2015: Figures from Ofcom show more Brits are using digital platforms (TV, internet, DAB) to listen to the radio. 39.6% of total radio hours listened to are through digital platforms. Analogue is 54.3%, but declining.

Visit BT Archives to find out about the UK's communication history