Electric cars: How they work, where you can charge them and how much they cost

We've got the lowdown on vehicles that experts are calling the future of motoring.

Only a few years ago, motorists were encouraged to buy diesel cars as they were thought to be more environmentally friendly. But now that electric cars are becoming more feasible, diesel is the bad guy.

If there’s one thing that experts agree on, it’s that electric cars are the future, because they’re both cheaper to run and more environmentally friendly. But what exactly are they? What are their disadvantages? And what’s the difference between electric cars and hybrid cars?

[Read more: How to charge an electric car]

What are electric cars?

Electric cars are cars that are powered by electricity, as opposed to petrol or diesel.

What are the advantages of electric cars?

Because electricity is cheaper than petrol or diesel, electric cars are cheaper to run. You can charge them up at home, which is particularly handy ahead of a long journey, as you shouldn't need to stop on the way. They’re better for the environment too, as electricity is a ‘clean’ source of power (i.e. it involves a far smaller amount of carbon emissions than petrol or diesel).In the video below you can find out how to charge an electric car for free.

Because electric cars are more environmentally friendly, they have certain tax benefits for motorists. In the UK, for example, they’re exempt from road tax and from London's Congestion Charge. 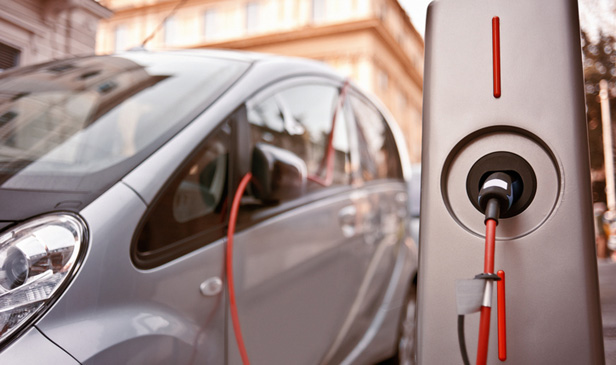 What are the disadvantages of electric cars?

Finding somewhere to charge it is the main bugbear. Charging points are nowhere near as common as petrol stations at the moment, though the situation is improving. Zap Map shows UK charging points on a map.

You can charge at home, of course, but you’ll need a garage or driveway, otherwise you’ll have to run the cable from a domestic plug socket out onto the pavement. The government offers a grant of up to 75% towards the cost of installing an electric charging point at home.

Electric cars are more expensive, the Renault Zoe costs from £18,420, while the Tesla Model S from £48,000. The government offers a grant for certain new hybrid and electric vehicles that have been approved. For instance you can get 35% off the purchase price of a Nissan Leaf or Tesal Model X, up to £4500.

[Read more: Everything you need to know about the Tesla Model 3]

What’s the difference between electric cars and hybrid cars?

The main difference is that a hybrid derives some of its power from a combustion engine, whereas an electric car is entirely powered by electricity. The Toyota Prius is probably the best-known hybrid car. Hybrids are still cheaper to run than petrol or diesel cars (though not quite as cheap as purely electric cars), and they have a greater range than electric cars (i.e. they’ll go further before needing recharging/filling up). Hybrid cars were excluded from the 2040 ban on petrol and diesel cars.

How is the government backing electric cars? 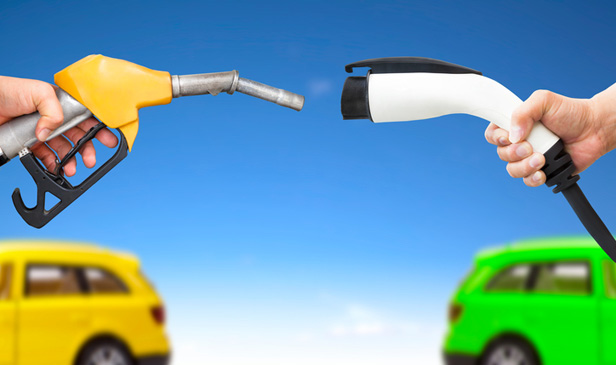 All the major car manufacturers have either released electric models or have announced plans to do so. These include BMW, Volvo, Chevrolet, Citroen, Fiat, Ford, Honda, Nissan and Peugeot. Tesla only makes electric cars – such as the Tesla Model 3 - and is widely credited with making them sporty, sexy, and desirable in general.

Can electric cars be hacked?

Just because a car is powered by electricity, that doesn’t mean it’s a connected car (i.e. connected to the internet), although some are. While there have been a handful of demos showing that connected cars can be hacked, the likelihood is pretty small alhough the more a car is connected, the more liable it is to being hacked.

Read more: What's it like driving an electric car?