The future of policing: How drones and AI can help solve crimes

We take a closer look at how technology is changing policing around the UK, and how drones and artificial intelligence can help solve crimes.

From cost savings to time management, police up and down the UK are turning to technology more and more to help them do their work more efficiently.

In the second of our two-part series on police technology, we’ll look how drones and Artificial Intelligence (AI) are being used to help solve crime.

Invasion of the drone army

Devon and Cornwall Police recently advertised an opportunity to manage the UK’s first 24-hour drone unit. Primarily earmarked for missing persons searches along the area’s lengthy coastline, the tech could massively reduce the cost of using helicopters and fixed-wing aircraft.

The force itself did not respond to a request for comment, but the Police Federation’s Phil Mathews, who sits on the working group for police aviation, says it is one of 21 forces around the UK to have tested drones.

“It’s the immediacy,” he told us. “If they’ve got a drone they can hover over the top of a cliff-face or open field, that might be a much more cost-effective and efficient way of conducting a search.

“You won’t ever get away from the need for helicopters and fixed-wing aircraft, but instead of paying £1,000 an hour, that might be the entire cost of a drone that you can re-fly.” 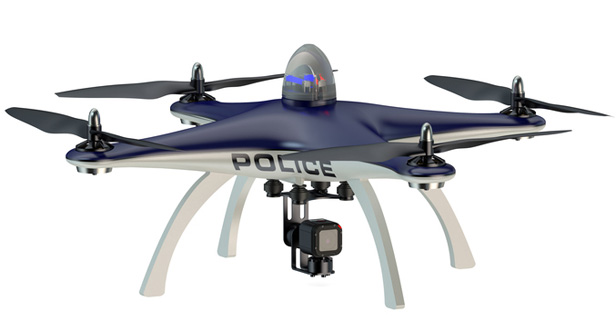 The potential savings are at the heart of strapped-for-cash forces efforts with the unmanned aerial vehicles and it’s easy to see why. Not only could they save lives, but also a considerable slice of the budget.

“I can understand why it’s attractive to forces,” Matthews said. “At fatal road traffic accidents there’s a need for photography to provide to coroners and courts, which can be quite expensive to obtain.

[Read more: What happens when you call 999? The secrets of the emergency services number]

“I used to be a helicopter air observer, so I’ve done the job. A fatal RTC costs the country half a million pounds in terms of investigative time, ambulance time, coroners and courts.”

“When we first got the helicopter around 20 years ago, [road] pursuits came down from 16 minutes to four minutes. That’s thousands of pursuits a year, minus several minutes of dangerous driving you’ve wiped off your roads.”

It’s a very compelling argument, but the spectre of drones constantly hovering over UK skies is perhaps just as concerning as having facial recognition technology all around our towns. But while CCTV is a largely accepted part of life in towns and cities, the eye in the sky has the potential to see right into your garden.

“There’s a boundary of a public place and where your private personal space is. If that boundary becomes illusionary…” says Millie Graham Wood, a legal officer at advocacy group Privacy International. 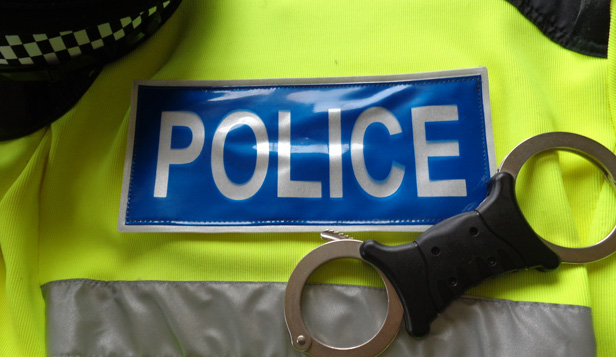 Another striking tech infusion of 2017 came with news that police in Durham were training an artificial intelligence system capable of predicting whether suspects in police custody would reoffend if released.

The Harm Assessment Risk Tool (Hart), trained using five years’ worth of data, has correctly forecast a low-risk suspect 98% of the time, while 88% of high-risk suspects were correctly identified. The force now plans to roll it out in an ‘advisory capacity’, to assist officers.

[Read more: What is Artificial Intelligence?]

“I have concerns because, if I’ve been arrested, I want my circumstances today to be used to base any decision on whether I’m let go or not,” says the Police Federation’s Simon Kempton.

“The danger with this piece of technology is we’re trying to guess the future, based on ones and zeroes rather than a holistic approach.

“Police officers are a risk adverse bunch. If, in my professional judgment, that person is safe to be released, but an algorithm with an 88% success rate is telling me we think they’re higher risk, I will almost certainly go with the algorithm.”

While there is both confidence and healthy skepticism within the police forces in the UK, the rapid advancement of police tech continues to alarm privacy advocates, particularly when there seems to be little in the way of public consultation, outreach and little knowledge on how the data captured is being stored and used.

Police are adamant tech shouldn’t replace officers, but at a time when police resources are stretched to the limit amid the raised threats of terrorism, technology like facial recognition can give the police more eyes – and those eyes are on all of us.

“There needs to be a lot more transparency,” says Millie Graham Wood. “With all the talk of police resources after what has happened recently, people need to be reassured that this will actually work, especially if you’re spending all this money on technology instead of recruiting more police officers.”