The Future of Technology: The tech inside your next television

In the second part of our series on emerging technology trends, we look at the latest display advancements that’ll make your favourite TV shows look better than ever.

The constant development of the television set has been as relentlessly consistent as any sector in tech during the last half-century. The good thing is, there’s no sign the pursuit of visual perfection is slowing down.

With the 3D fad over and app-loaded Smart TVs now standard, the focus of TV-makers is back on creating the best possible two-dimensional image for viewers to enjoy.

[Read more: What is Ultra HD and 4K television?]

While the vast majority of families still use high-definition sets with a pixel resolution of 1920 x 1080, the gradual shift to 4K Ultra HD is gathering pace.

These new sets have display resolutions of 3840 x 2160, which offer four times the detail, provided the content is filmed and broadcast at that resolution. While these TVs have been available for a while, broadcast content is now catching up with the technology.

4K sets are no longer prohibitively priced, meaning there's far less of a barrier between adopting the new tech.

However, 4K isn’t the only big step forward for TV tech. Many observers argue the emergence of HDR (High Dynamic Range) technology may make a bigger difference to the overall quality of the image than the resolution boost. 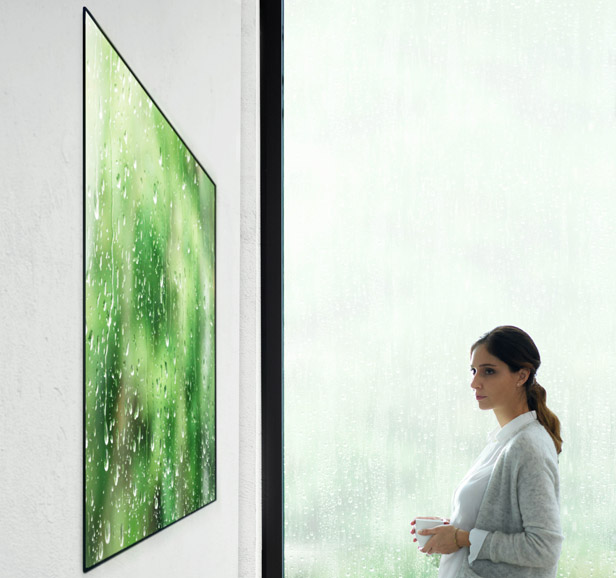 What is High Dynamic Range?

High Dynamic Range technology enables a wider range of colours to appear on screen with deeper blacks and whiter whites working in unison to create a much more ‘dynamic’ picture.

Whereas 4K is about resolution, HDR is about more lifelike contrast and colour.

Sadly, HDR content is even sparser - BBC’s Planet Earth II was available in 4K HDR to a very limited number of viewers - and, as is often the case, there are many competing standards battling in a format war.

[Read more: How to get the best football experience in your own home]

Thankfully, you won't miss out if you buy a 4K HDR set that bears the ‘UHD Premium’ label.

“There’s a bit of a war going on between the competing HDR standards, two are streaming-focused and two are broadcast-focused,” said Jean-Marc Frangos, BT’s Managing Director of External Innovation. “In the long run there’ll be one for each, but I can’t see any clear winners yet.

“TV manufacturers have done the right thing and just implemented everything. The latest sets are able to decode all four. This way, consumers don’t have to think 'oh my gosh I should have waited for this'."

The move to 4K and HDR still has many years to go before mainstream viewers are enjoying this content as part of their daily viewing habits. But if you buy one of the newer sets, you should be future-proofed for years to come.

However, just as flatscreen HDTV buyers had to make a choice between LCD and Plasma, those seeking the most advanced display technology will pick between OLED (Organic Light Emitting Diodes) technology and QLED (Quantum Dot LED) displays.

BT’s Jean-Marc Fragos, who attended CES (the Consumer Electronics Show in Las Vegas) said: “The big discussions [at CES] were the choice between OLED and QLED. It looks like a small difference because it’s only one letter, but there’s a massive difference in technology. 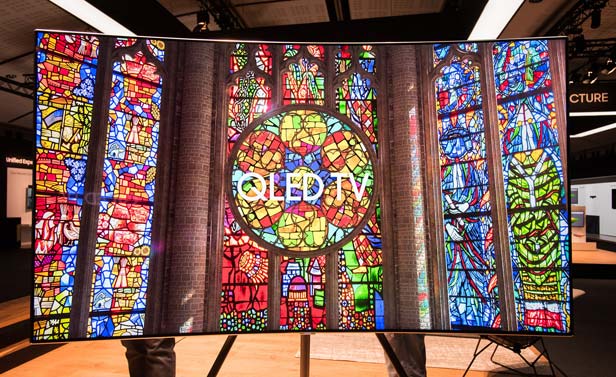 “OLED is the technology that is being pushed largely by LG, while QLED comes from Samsung. They’re opposing ways of using technology to ensure you have the best colours, lighting and sharp contrast image. It’s pure image technology.”

So what is the difference?

OLED screens have been around for a while, but they have been prohibitively expensive. The “organic” part of the acronym stands for the carbon film inside the panel, which enables these panels to emit their own light and do not need a backlight like an LED LCD TV.

Meanwhile, Quantum Dots are tiny nanometer-sized particles that sit within displays. They’re designed to emit brighter and more vibrant colours that could be a key to unlocking future HDR content.

Samsung isn’t going the whole hog with QLED tech just yet. It is using Quantum Dots inside a new metal alloy, but still using the current LCD technology. Samsung says this enhances brightness to up to 2000 nits without affecting colour reproduction. It looks like we'll have to wait for ‘proper’ QLED featuring LED displays.

“OLED is a tech you would opt for if you’re really interested in darker blacks and better contrast, but also fast-moving images. QLED is more if you want to have brighter whites,” said Frangos.

It’s not yet clear which will emerge victorious, but this is definitely a battle to keep an eye on.

[Read more: From CRT to Ultra HD – the biggest breakthroughs in TV technology]