Augmented Reality, Virtual Reality and Mixed Reality: What are they?

We look at some of emerging technology that can takes you to another reality.

Augmented reality and virtual reality are creeping into our lives, as is a future technology you might not have heard of called mixed reality, which blends the virtual and real worlds.

Augmented reality is when digital information, such as words are images are superimposed onto your view of the real world. The most well-known AR app is Pokemon Go, which was incredibly popular with 100 million users. Unlike Virtual Reality, which requires a headset, to use an AR app you just need a smartphone, so it's a technology that many people can experience.

Other AR apps include the educational Jigspace (iOS), Inkhunter (iOS, Android), which lets you try tattoos and WallaMe (Android, iOS), which lets you leave hidden messages on walls for other user of the app to find.

Unlike Virtual Reality, which requires a headset, to use an AR app you just need a smartphone, so it's a technology that many people can experience.

Watch our recent Facebook Live video below to get a closer look at what AR can look like on your phone.

[Read more: What is mixed reality?]

Magic Leap is a Florida-based company preparing to debut a transformational “Mixed Reality” platform that goes far beyond the Augmented Reality experiences we see in smartphone games like Pokemon Go. After raising over £1 billion of investment, the company has just unveiled its first headset.

The Magic Leap One Creator Edition (above) are goggles that use 'Digital Lightfield' technology to project light onto your eyes to interface with your brain. This enables Magic Leap to place 3D objects within the natural field of view.

These objects are displayed at varied focal lengths and move as we move, giving viewers the same depth perception they enjoy in the real world. The idea is that your brain perceives them in the same way as real world imagery captured by your retinas.

Engineers at the company have dubbed it “dreaming with your eyes open”.

So rather than being fully immersed in a virtual environment, we would perceive virtual objects fully immersed within ours. The possibilities for education, productivity, shopping entertainment and gaming are practically limitless.

Designed for release in 2018 and aimed at developers and creatives, Magic Leap is controlled using a wireless joystick and a portable ‘Lightpack’ computer.

Indeed, Mixed and Augmented Realities are thought to be the next major growth area. Microsoft’s HoloLens is already out in developer circles with plenty more expected in that department.

For VR fans on a budget, the £15 Google Cardboard/Daydream and £60 Samsung Gear VR headsets that involve simply inserting a smartphone have made it easy to get a taste without spending big money. These experiences allowed almost anyone to dip their toes into the virtual water.

Between the two, we could play first-person shooter games while being virtually entrenched in the heat of battle. We could watch movies in our own personal theatres, simulate swimming in an ocean with a whale (which you can see in the video below) or watch a symphony orchestra or our favourite sports teams from the best seat in the house with the full range of visual motion.

The high-end VR headsets (and the PCs or PlayStations required to run them) still require a massive financial outlay and still there’s no must-have killer VR app to incentivise greater adoption. Mobile VR is also reaching a bit of a ceiling as the experiences on offer, while being very cool, are not quite immersive enough to make you feel like you’re being transported across time and space to another world.

However, it also appears VR has a new calling. Rather than plopping on a headset and entering the virtual world all by ourselves, Facebook wants us to meet our mates there. 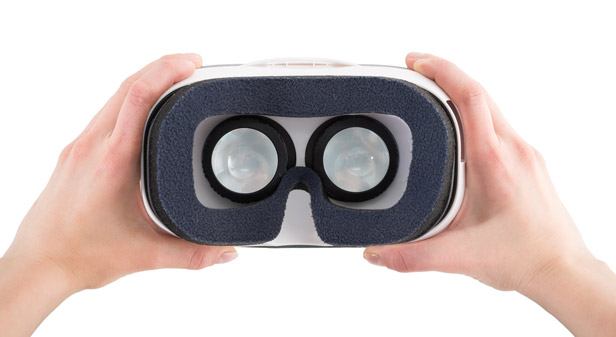 At its F8 conference, the social network announced the release of Facebook Spaces for the Oculus Rift - Facebook paid $2 billion to acquire Oculus back in 2014. At its most basic, Facebook Spaces is a digital chat room where all of our avatars hang out with each other.

You can hang out within 360-degree videos and take flyovers over the jungle, collaborate on projects, or even hold a birthday party. TechRadar’s seasoned US editor Michelle Fitzsimmons described Facebook Spaces as “the most fun I’ve ever had in VR”.

Oculus, Sony, HTC and an army of developers and content providers like Facebook will continue to pour resources into VR in order to find those killer use cases, free us from wires and incorporate full-body movements.

Virtual Reality: It’s all about the screen

BT managing director of external innovation Jean-Marc Frangos, believes currently available virtual reality experiences have hit somewhat of a plateau, ahead of the big next waves of innovation.

Expensive, high-end devices like the Oculus Rift and HTC Vive have been out there for a while now without the arrival of a killer app, while the affordable Gear VR and Google Cardboard experiences have allowed the masses to dip their toes into virtual worlds.

Frangos thinks one of the keys to completing the puzzle is the addition of higher-resolution screens which offer the extra detail necessary when the display is merely a couple of inches wide.

“In some cases you’re still limited by the resolution of the screens,” says Frangos. “If you slide your smartphone into a headset, you’ve got to have better than HD resolution because you’re so close to the screen, if you have half-HD resolution it’s not good enough. It’s going to have to be 4K or even 8K to make it lifelike.” 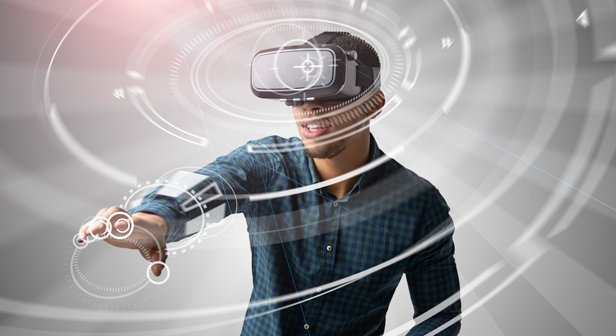 He also believes there needs to be a little more creativity in the applications of VR beyond gaming, while making it more affordable for people to create their own high-quality 360-degree videos to view in VR.

“We’ll start to see the first few smartphones that can capture 360-degree video. You don’t need more than a smartphone, all you need is the software to stitch the pictures together.

“When that happens you start having a massive amount of content flooding in from the user base and that will probably be a trigger point for VR to become much more interesting,” he explains.

While the first wave of VR expansion may have plateaued, it’s clear this isn’t some fad like the ill-fated 3D TV push. The way technology enables us to perceive reality has certainly changed forever.

Read more: The Future of Technology: The tech inside your next television