The iconic K2 red call box was made obsolete all the way back in 1936. Discover more about this iconic British design, which is still loved today.

Sir Giles Gilbert Scott’s iconic domed red telephone kiosk, the K2, opened up phone communications back in 1926, before it was made obsolete in June 1936. We open the doors on the history of the call box, a time long before mobile phones and video calls. 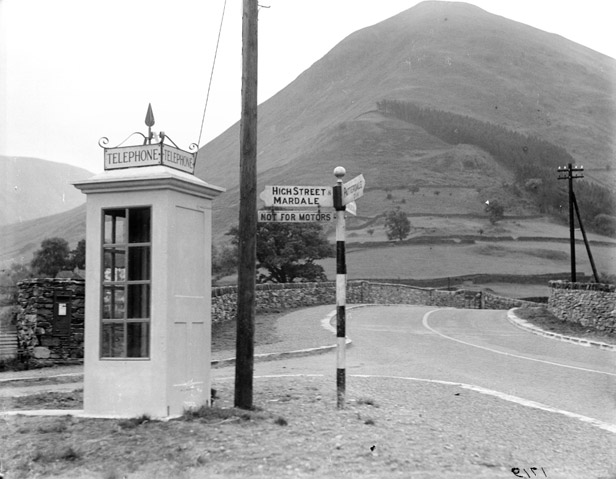 When the first public call offices were established in 1884, there was no standardised design. Then in 1921, the Post Office introduced the first specially designed telephone kiosk.

Intended for use in rural areas, the K1 was made from reinforced concrete. Bearing a spear-like finial on the roof, the K1 could be painted to suit the local environment it was situated in.

50 kiosks were made at a cost of £35, later reduced to £15 to meet demand. Although the K1 was fairly successful, a better design was needed and by the early 1930s it was discontinued, although a few remain today including one in Trinity Market in Hull.

[Read more: Behind the scenes at the BT Tower - the 14th floor] 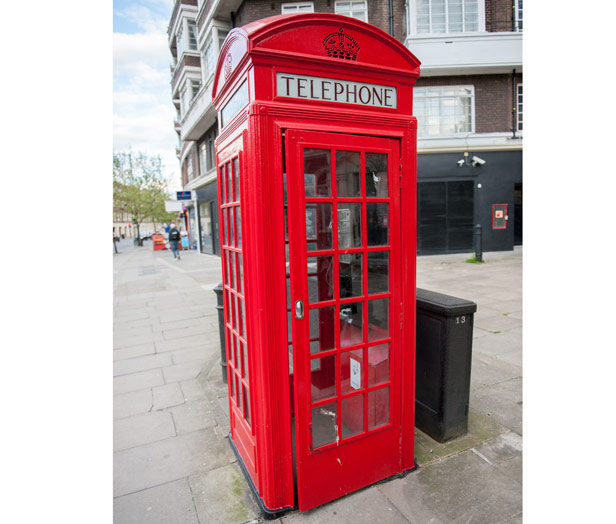 In 1924 Scott, along with fellow architects Sir Robert Lorimer and Sir John Burnet, was invited to submit designs for a new telephone kiosk for the capital in a contest organised by the Royal Fine Arts Commission, on behalf of the GPO. Scott won the competition and his K2 design was put into production.

Made from cast iron with a domed roof, it was introduced in London and larger towns, beginning with Charing Cross Road in March 1926. Its famous red colour contrasted with Scott’s original design  - he thought it should be silver outside and greenish-blue inside. More than 1,700 K2 boxes were installed and although it was officially made obsolete in June 1936, 200 remain in use today. 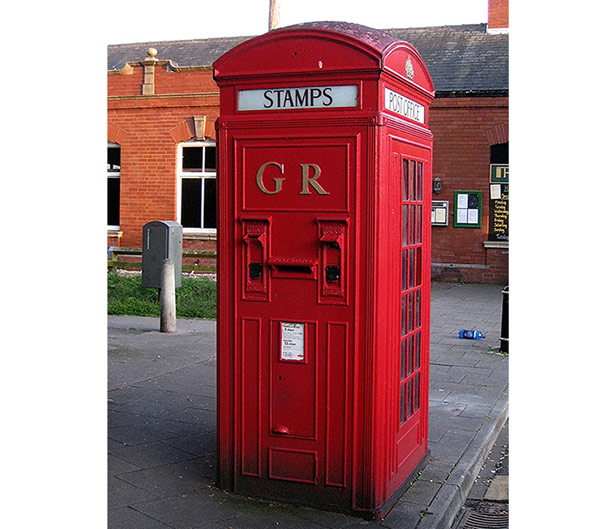 The larger K4 kiosk was slightly different to any call box before or since. As well as making calls, users could buy stamps and post letters in this miniature cast iron Post Office.

Based on the K2 and designed by the Post Office Engineering Department, the box was nicknamed ‘The Vermilion Giant’ relating to its colour and flame interior, each kiosk cost £50 6s 9d to produce, which was more expensive than others.

The plan was to use the K4 in places where there wasn’t a Post Office nearby, but complaints about the noise of the stamp machines and unverified reports that wet weather made the stamps damp, meant that the kiosk wasn’t successful. Only 50 were produced and in 1935 the Post Office decided to take the K4 out of service. 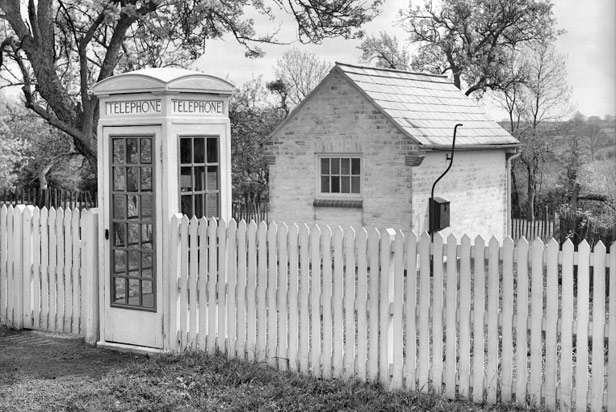 Confusingly introduced after the K4, the K3 was intended for outdoor use in rural and urban areas, including areas of significant architectural merit.

Designed by Sir Giles Gilbert Scott, it was similar to the K2, but made from (cheaper) concrete and painted cream and was grey with red window frames.  Over the next six years, 12,000 were installed and a few remain to this day, including one at London Zoo.

One of the least well-known kiosks, this was a transportable kiosk designed for public event, such as exhibitions and fairs. It could be assembled and dismantled. None remain today. 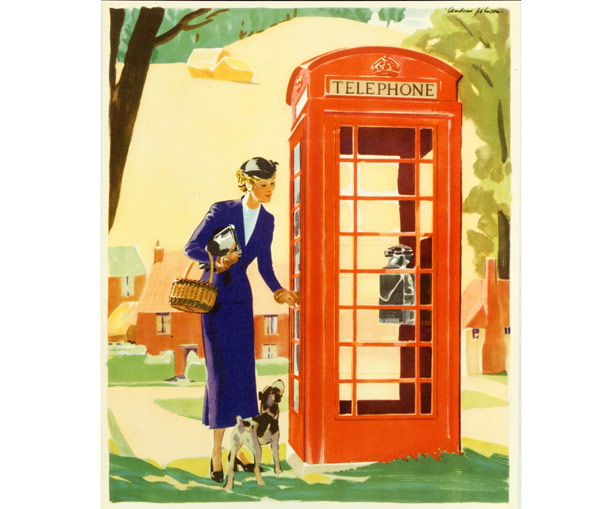 Introduced to celebrate the King George V Silver Jubilee, the K6 was again designed by Sir Giles Gilbert Scott, and is very similar to the K2, the notable difference being a bigger distance between the vertical bars.

The ‘Jubilee Concession’ meant kiosks were installed in every town and village with a Post Office, leading to 8,000 installations, making it the first standard kiosk in the UK and the box kiosk familiar to most people.

By the end of the 1920s over 20,000 K6 kiosks (including the more secure MK 2) were around the country. The K6 celebrated its 80th birthday in 2016 and is arguably the most famous British design.

[Read more: The basics of buying a smartphone] 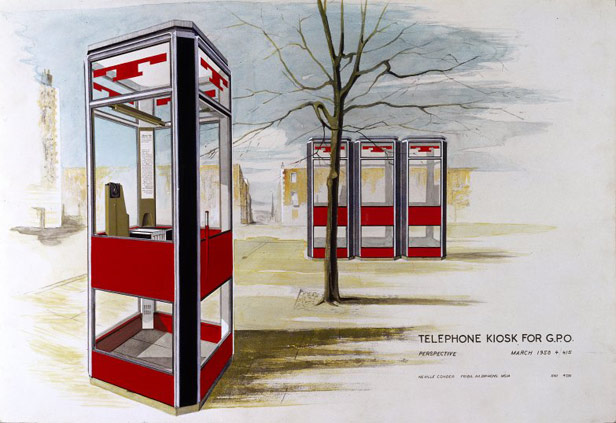 The K7 was designed by Hugh Neville Condor, who was commissioned by the General Post Office to design a new kiosk for a new era, the aluminium and glass design were very modern compared with the K6.

On January 29, 1962, Telephone Kiosk No 7 went on trial, with four boxes going into service in London and a fifth in Coventry. Known as the K7, its aluminium and glass design marked a dramatic departure from the beloved K2, but it was the British weather, and not the views of the British public, that prevented it from going into full production, although the prototype boxes continued to be used for 20 years. Six cast iron boxes were commissioned, but their whereabouts are unknown. The last known example can be seen in the National Telephone Kiosk Collection at the Avoncroft Museum. 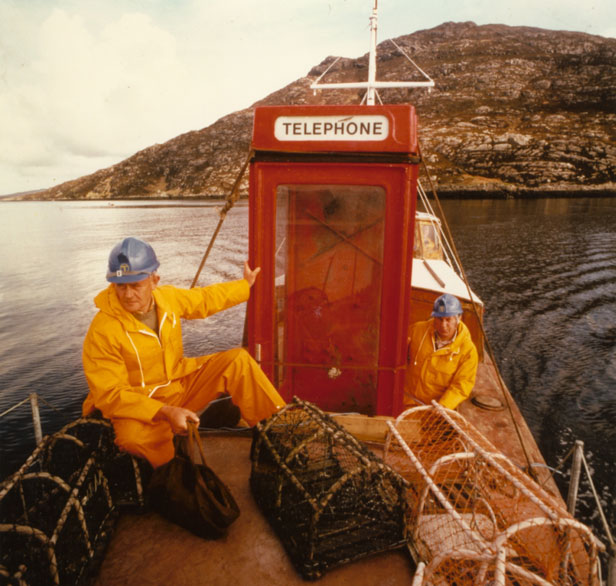 The eventual successor to the K6, the K8 was designed by Bruce Martin, who was commissioned to produce a kiosk suitable for rural and urban areas.

Made from cast iron, it had a large glass panel, which improved visibility but meant the boxes carried a greater risk of vandalism. 11,000 kiosks were installed and a few remain today.

Read more about the history of the call box in forthcoming book 'The British Phonebox' by Nigel Linge and Andy Sutton.

Buy your own call box

In 2008, BT introduced ‘Adopt a Kiosk’, a scheme which enabled local communities to preserve call boxes that weren’t being used for a little under £1. Find out more