Discover the amazing history of the maritime distress signal

It's Maritime Radio Day, discover some amazing facts about how communication signals have saved lives.

For well over a century, maritime vessels have used wireless communications technology to make distress calls to coastguards and boats in their vicinity. Maritime Radio Day on 14th and 15th April, remembers the work of wireless service for seafarers, the commemorate when the RMS Titanic struck an iceberg on April 14th 1912, before sinking on April 15th.

Before the invention of wireless communications, ships had to rely on flares and semaphore flags to transmit messages. Once out of visual range of the shore and other boats, crews were effectively on their own, perhaps never to be heard from again if disaster struck. 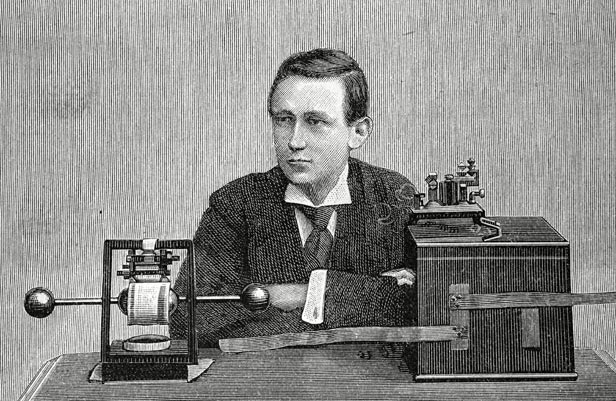 This all changed in the late 19thcentury thanks Guglielmo Marconi’s (above) invention of wireless telegraphy - his first public transmission of wireless signals was made from the site of what is now BT Centre. Wireless telegraphy enabled electromagnetic messages to be sent and received via Morse code and gave troubled ships a lifeline for the first time.

When was the first maritime wireless distress signal sent?

On March 17, 1899, the first wireless distress signal was sent to the East Goodwin Lightship when a German cargo ship, Elbe, ran aground in fog on Goodwin Sands off the coast of Kent, bringing a Ramsgate lifeboat to its assistance. (via Encyclopedia Titanica).

Republic and the proliferation of wireless

The tipping point for wireless communications on maritime vessels came in 1909 when a ‘CQD’ message sent from the White Star liner Republic resulted in the rescue of 1,500 crew and passengers after it was rammed in dense fog by an Italian ship, Florida, off the coast of Nantucket. Following this event, there was a great expansion of wireless communication technology on vessels (via Telegraph-Office).

CQD transmitted in Morse Code means ‘All Stations, Distress’. One of the first radio distress signals, it was announced by the Marconi International Maritime Communications Company in January 1904 and came into use during the following month.

The CQ derives from the French “Sécurité” (Secu = CQ) and was used in land telegraphs for an all-stations alert. The D stands for distress. It does not mean ‘Come Quick, Danger’ or ‘Come Quickly: Distress’ although it has been interpreted this way.

CQD was relatively short-lived as the primary means of calling for help. Although it remained in use for many years, SOS replaced the call in 1908.

Most notably, CQD was the initial call that helped to save 700 lives on The Titanic in 1912.

SOS is not ‘Save Our Ship’ (or Souls) either

SOS is not an acronym, although many have been applied to it in its 111-year history, since it was established as the International Distress Signal on October 3rd 1906. SOS was designated due to the simplicity of transmitting it in Morse Code: three dots, three dashes, three dots, or “· · · – – – · · ·”

The Marconi Yearbook of Wireless Telegraphy and Telephony 1918 wrote: "This signal [SOS] was adopted simply on account of its easy radiation and its unmistakable character. There is no special signification in the letter themselves, and it is entirely incorrect to put full stops between them [the letters]."

For more, here are 5 amazing facts about the SOS distress signal. 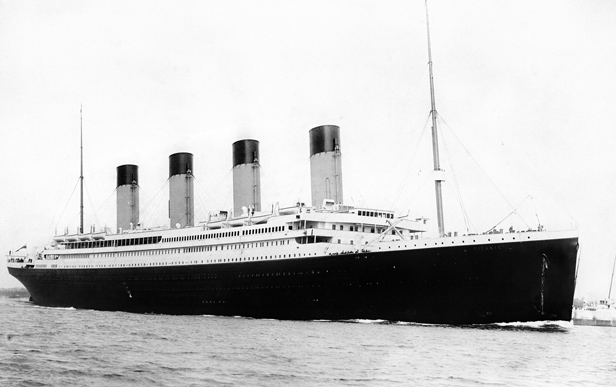 Which distress single conveys the most urgency?

Although SOS is still in use, these days the call ‘Mayday’ (derived from the French ‘m’aider’ for ‘help me’) spoken over an on-board radio, is the most urgent distress signal and communicates immediate life-threatening danger to those on board.

What does Pan-Pan mean?

This derives from the French word ‘panne’, which means ‘breakdown’. A spoken distress call of ‘Pan-Pan, Pan-Pan, Pan-Pan’ is designed to communicate an urgent problem that does not carry a threat of immediate loss of life. For example, it can be used if a boat is drifting towards rocks. A distress call of ‘Pan-Pan’ can be upgraded to a Mayday call if the situation worsens and lives becomes endangered.

Another modern distress signal is the Emergency Position Indicating Radio Beacons (EPIRB), GPS-based devices that can be used to send coded messages to the emergency services via the 406MHz frequency. The signal is accurate to within 50 metres. You can also fire red parachute flares, red rocket flares or wave handheld red flares to signal an emergency to nearby vessels or to land.

How to call for help at sea

Most distress calls are still handled via a traditional VHF radio. If you have a VHF (Very High Frequency) radio on board, it keeps you in contact 30 miles off shore. Broadcasting on Channel 16 (frequency 156.8MHz), here’s how to send a Mayday voice message (via NIdirect):

“This is (name of vessel)” [spoken three times]

Your vessel's name, call sign and MMSI number [spoken once]

The nature of distress [for example, “the boat is sinking”]

How many people are on board

What is Digital Selective Calling?

Some of this information can now be transmitted digitally using a VHF radio that has Digital Selective Calling (DSC) functionality, rather than by using the spoken word.

Pressing a distress button will automatically and immediately transmit the vessel number, the type of call, and the position to the coastguard. This can also be followed up with a voice message indicating a Mayday or Pan-Pan emergency.  Many modern Marine radios include DSC, like the Garmin VHF 110i Marine Radio (above).

Read more: How well do you know Morse code? Take our quiz and find out.