From deploying cables to buried copper: Discover how fibre broadband gets into your home

Discover more about the work the engineers and installers do helping millions of us get online.

We use it every day, and for some of us, it’s as vital as water, electricity and gas. But have you ever stopped to think about how broadband gets into your home?

We talked to Peter Bell, Openreach’s CIO, about the many challenges involved, from regulatory hurdles to surprises like uncovering medieval burial grounds.

[Read more: Broadband speed: What is it and how does it work?]

Getting up and running

He’s not lying. In order to deploy a single cabinet – they’re those green ones you see on streets – Openreach first has to decide on an optimum location. Then it needs planning permission from the local council. Once that’s granted, Openreach puts in a concrete plinth, and liaises with the power company to make sure it can get power to the electronics. After that it deploys the cabinet and electronics and routes a fibre to it.

Once the checks have been done to make sure it’s working correctly, Openreach confirms that the cabinet is available for service, and then an internet service provider – such as BT – offers the end customer broadband using the cabinet.

It’s a complicated process, but, as Bell quips, “We’ve done it about 80,000 times across the UK, serving 7.7 million customers, so we’re pretty good at it by now!”

[Read more: Ultrafast broadband: What is it and why is it important?] 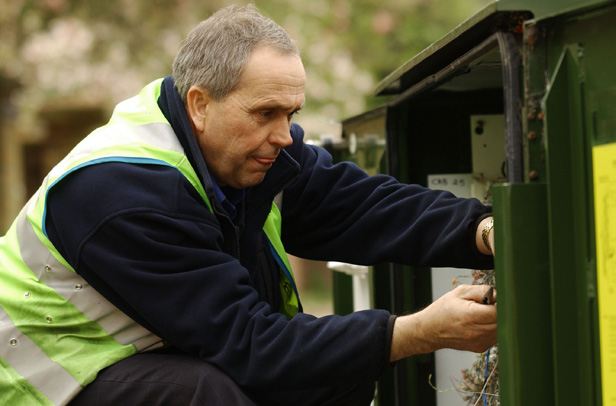 Providing superfast broadband for is no easy task.

“In some locations, the copper is buried, and the last thing people want is us digging up their garden,” Bell says.

“Some of our network is really old, too, because the copper network has been in place for well over 100 years. There are plenty of legacy issues to deal with.”

“You never know what’s going to come up,” Bell says, “especially when digging. We’ve encountered all sorts, from badgers’ setts – that put the installation back a bit – to medieval burial grounds. You name it, we’ve seen it.”

[Read more: What to do if your broadband stops working] 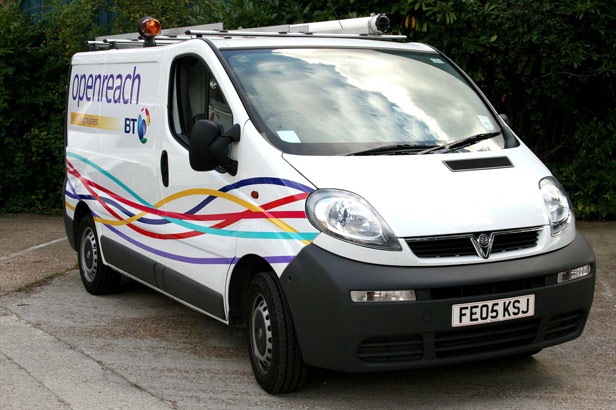 Thankfully for customers, their part in it is pretty simple, especially since Openreach started putting the power into its customers’ hands.

“I think one thing that’s helped superfast broadband take off is what’s called self-install,” Bell says. “When we first started delivering superfast, we had to send an engineer out to your home to install it for you. Now you’re just posted a modem, which you put on the end of your copper wire yourself. It’s a far slicker process.”

This approach has helped improve people’s knowledge about broadband, according to Bell. “I’m always amazed at how much people know,” he says. “Equally, some people don’t want to know and just want it to work, and we have to help them too.”

Read more: Improve your wi-fi signal at home - Is your router in the right place?