Forty years ago the internet barely existed and the World Wide Web hadn’t been born, but engineer John Cioffi saw that the twisted pair of copper wires used to deliver voice calls into homes could also be used to supply high-speed data into the same homes without building expensive new networks. It took Joseph Lechleider to turn that dream into the reality of modern broadband.

[Read more: How to get faster speeds with BT Plus]

How did John Cioffi put broadband into our phone lines?

While working at the American Bell Laboratories in the 1970s, John Cioffi recognised that even the very early internet might one day be used by anyone. To make it affordable, it had to run through ordinary copper telephone wires invented for phone calls a hundred years earlier.

Cioffi moved to Stanford University in the early 1980s, where he worked out how to fit hundreds of small of data channels alongside landline conversations without anyone hearing them. He called it Discrete Multitone, or DMT, and set out to turn it into a commercial service.

There was a problem: the copper cables weren’t intended for broadband and making them carry data created a lot of interference, so he designed a clever device that would switch the data between different channels to keep the interference down. This was the first broadband modem for Digital Subscriber Line technology, or DSL.

Cioffi’s broadband modem had a problem: the interference was just too much when the high data rates were combined with the longer cables from consumers’ homes to their local telephone exchange. Back at Bell Labs - now called Bellcore - an engineer called Joseph Lechleider (pictured below) found that sending large amounts of data in one direction and smaller amounts in the other would overcome the interference. 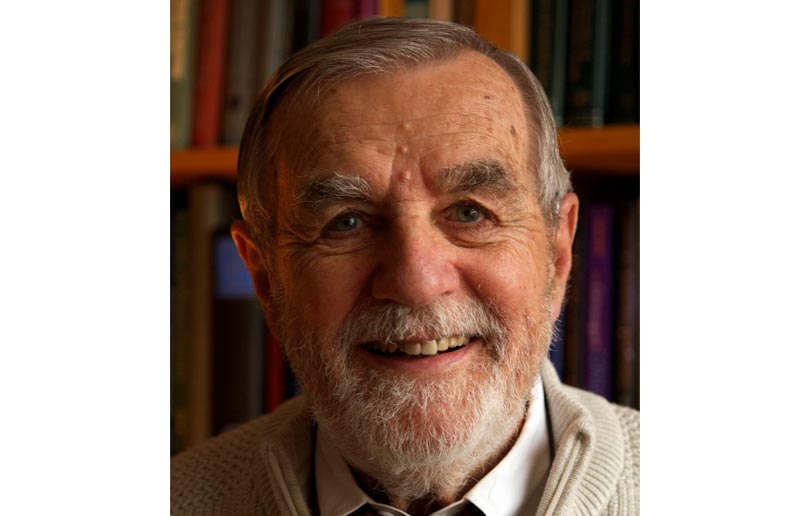 As a bonus, this Asymmetric Digital Subscriber Line (ADSL) technology is perfect for most people who just want to download files and stream video, but who need to upload much less data.

[Read more: How does broadband get into your house?]

When did broadband arrive?

Cioffi founded a company called Amati in 1992 to build his broadband modems. Around the same time companies like BT began tests of ADSL technology as consumers took to the internet through dial-up modems that used only the voice part of the phone line.

The early DSL technology required digital signal processors that made them too expensive for general adoption, but as the year 2000 rolled past, microchip prices fell dramatically and consumer ADSL at up to 8Mbps was launched. In just a few years, internet connections had become a hundred times faster.

John Cioffi (below) followed his success with Dynamic Spectrum Management, which squeezes thousands of channels of data into a phone line and gets faster data to people further away from telephone exchanges and cabinets. 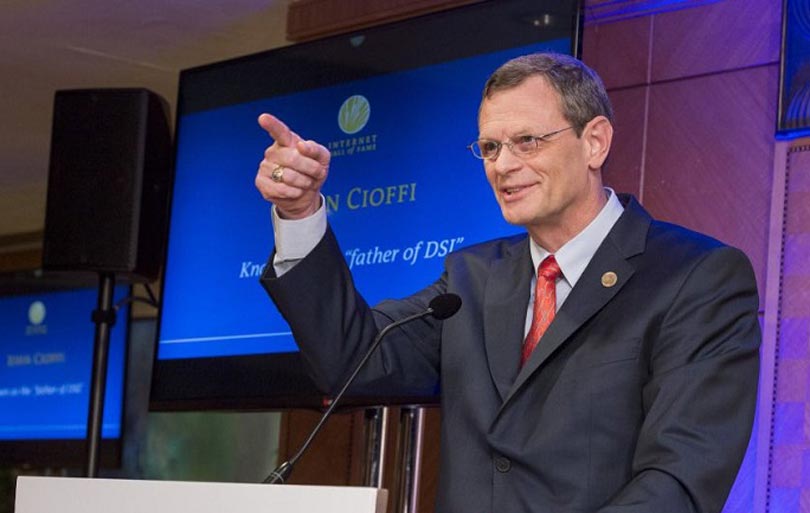 For users with fibre-to-the-cabinet connections like BT Infinity and BT Ultrafast, Cioffi’s DSM improvements have made it possible to offer vectored Very-high-speed DSL (VDSL) that permits data speeds up to 100Mbps, even when there is a kilometre of copper wire between the cabinet and your home.

What happened to John Cioffi and Joseph Lechleider?

Often regarded as the 'father of DSL', John Cioffi is 61 and still works on ways to make broadband faster. He is a fellow of the Institute of Electrical and Electronics Engineers with numerous awards and honours, and he holds more than 100 patents on broadband technology.

Joseph W Lechleider died in 2015, aged 82, and was recognised by Cioffi as 'Uncle Joe'. In 2013 Lechleider was inducted into the US National Inventors Hall of Fame for his accomplishments.