If you can’t justify the cost of Microsoft Office just to edit a few documents, there are plenty of free word processors out there. Here are five of the best.

Microsoft's Office suite is pretty pricey and if you only need to write and edit a few documents every now and again you're likely to baulk at the £119 asking price for the most basic Office Home and Student 2016 edition.

Thankfully Office's widespread popularity means there are plenty of other productivity suites that can be used to create and edit Word documents. These include both traditional software that you download to your PC as well as cloud-based services that you can use online.

What's more, many of these are free. Here we've rounded up five of the best of these Microsoft Word alternatives: 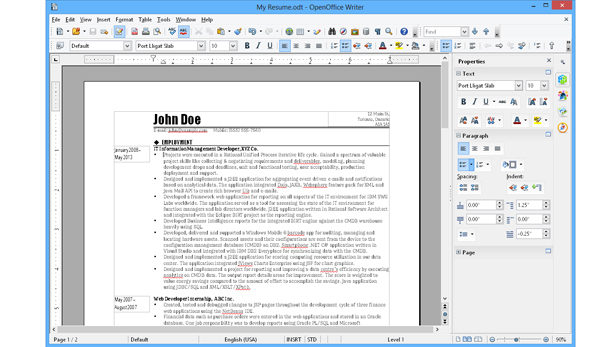 Apache OpenOffice is a very powerful office suite that includes a word processor, spreadsheet and presentation tool. The most reason version, 4.1.2, was released back in October 2015.

The software is open source, so the full package is completely free and there are no nag screens to try to convince you to upgrade to any paid-for option.

The suite's word processor is called Writer and is one of the most feature-rich word processing tools around at the moment.

The user interface looks almost identical to that used in older versions of Word, before Microsoft switched to a more ribbon-like interface for Word 2008. For some this will be a good thing, but if you’re used to Word 2008 or a later version it can look a little bit old fashioned.

The latest version mainly consists of bug fixes, but Version 4 saw the arrival of a sidebar that lets you quickly change an object's properties or its styles and formatting. Writer allows you to open and edit files in Word format and while compatibility is, on the whole, very good, it is not perfect - page numbers in footers often don’t get converted properly, for example.

However, OpenOffice’s future looks uncertain due to a lack of volunteer developers which could lead to the software’s closure. The problem has made it increasingly difficult for Apache to issue updates for security threats.

[Read more: Microsoft Office: Why are there so many different versions and do you need to pay for it?] 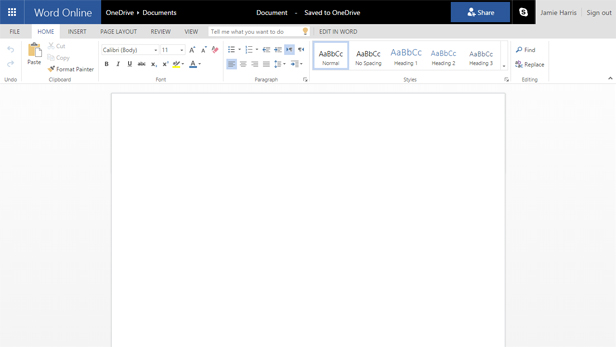 You can get a lot of the main functionality of Microsoft's Office 2016 suite, including access to Word, without having to shell out any cash as long as you’ve got an internet connection. That's because Microsoft offers free access to its Web Apps service, which includes online, cloud-based versions of Word, Excel, PowerPoint and OneNote, which you can access via an internet connection.

These Web Apps integrate with Microsoft's OneDrive cloud storage service as well Outlook.com so you can easily edit documents that you've been emailed and then share them again with your contacts.

Like Google Drive, it also allows multiple users to work on a document simultaneously, which can be useful for collaborative projects.

The user interface is very impressive - essentially it looks like a slightly cut down version of Word reproduced in your web browser's window. Despite the fact it's running in a browser it feel quite snappy to use and looks better than Google's much more pared-down approach.

As you're essentially using a version of Word, compatibility is not really an issue as you don’t have to convert files to a different format to work on them.

However, there are a few drawbacks. It’s missing some functionality found in the full version of Word – it doesn't support Header and Footer options, for example -- and if you're working on an existing document that uses a feature that isn’t supported in Web Apps it isn’t displayed in the editing mode, but remains intact in the document. That can be a bit confusing as the document can look quite different when you switch between the editing and reading views.

Still, if file compatibility is very important to you because you share documents with other Word users, and you don’t need to make use of lots of formatting tools, Microsoft Web Apps is a good alternative to having to shell out for the full version of Word 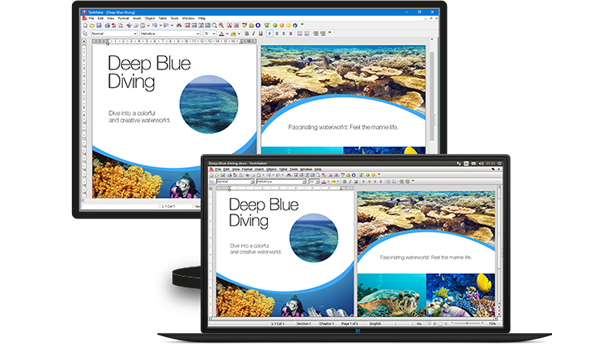 SoftMaker's FreeOffice is a cut-down version of the company's paid-for Office 2016 suite. Along with spreadsheet and presentation applications, the suite includes the TextMaker word processor.

One of the strengths of TextMaker is that it has good compatibility with Microsoft word documents. In fact, even larger documents open very quickly in the application and mostly retain even more complex formatting.

The software is very speedy to use too, perhaps due to its small foot print and modest memory needs. This also means it's a good choice for those using older computers or low powered Netbooks.

One neat feature is the way the installer can be used to create a portable version of TextMaker that you can install to a USB memory key. You can then use this cut-down application on any computer without having to perform a full install.

The interface looks very similar to versions of Word before Microsoft switched to the new ribbon interface, so it'll feel pretty familiar to most people.

Formatting options are pretty good too, and on the whole there's enough functionality on offer here to satisfy most home users' needs.

There are a few features missing from this free version that are available in the paid-for version though, such as a mail merge function.

Overall, FreeOffice is a high quality word processor which, thanks to its small footprint and speedy performance, will be of most interest to those who are running older or slower computers.

[Read more: Is my version of Microsoft Office still safe to use? See if your software is still supported] 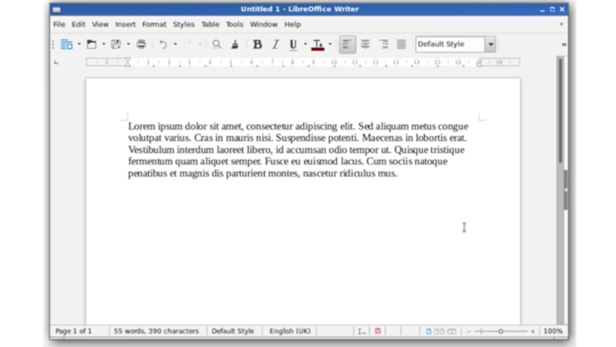 LibreOffice is the result of a split in the software development team that was originally responsible for the OpenOffice suite.

It's very similar to OpenOffice as much of it is based on the same open-source code, and it offers a full suite of productivity tools including a word processor called Writer.

The interface for this version of Writer is a bit better than the one included with OpenOffice and includes some useful additions such as a handy word count box that is permanently displayed at the top of the status bar so you don’t have to go into the tool menu to access it.

Compatibility with Word is still not perfect, but there have been plenty of improvements lately.

Because OpenOffice Writer and LibreOffice Writer share the same origins there are more similarities between the two than there are differences. Both, for instance, are excellent word processors, but we prefer some of the interface tweaks and general improvements to compatibility with Word documents that have been made by the LibreOffice team. As a result we think it's the best option for those looking for a Microsoft Word alternative.