Fed up with dead spots and weak signals? The £30 gadget that can improve your wi-fi

If there are areas of your house that don’t get a wi-fi signal, there are a couple of clever gadgets that can help.

From laptops to tablets, radios to smartphones and now even lights and home security systems, we’re using more and more wi-fi compatible gadgets around our homes. In 2014, 90 million wi-fi gadgets were sold.

Wi-fi has changed the way we use our gadgets, to access the internet you no longer have to sit chained to your computer table, you can use your laptop on the sofa, in bed or even in the bathroom.

Another great thing about wi-fi is that multiple people can use the internet at the same time, husband and wife, brother and sister, mum and son.

However you may find there are places in your house that wi-fi doesn’t reach, or the signal is very weak.

This is what’s called a wi-fi dead spot - an area of your house that doesn’t get a reliable wi-fi signal. The cause of a dead spot varies from house to house, it’s often an area that is too far away from the router or separated by thick walls

[Read more: Home gadgets you didn't know you could control using your wi-fi]

How can I fix a wi-fi dead spot?

There are several things you can do to fix a dead spot. Start by checking the location of your router, try and ensure it has space around it with few obstructions and is away from interference from other wireless devices.

Check the software from your router is up-to-date - BT Home Hub customers receive updates automatically over the air. If you aren’t a BT customer visit your router manufacturer’s website and check out the support section.

Get more tips in our article: Improve your wi-fi - is your router in the right place?

If you’ve tried both of these options and still can’t get a wi-fi signal, don’t panic, there are gadgets that can help you solve the problem of blackspots, by extending your home wi-fi network. 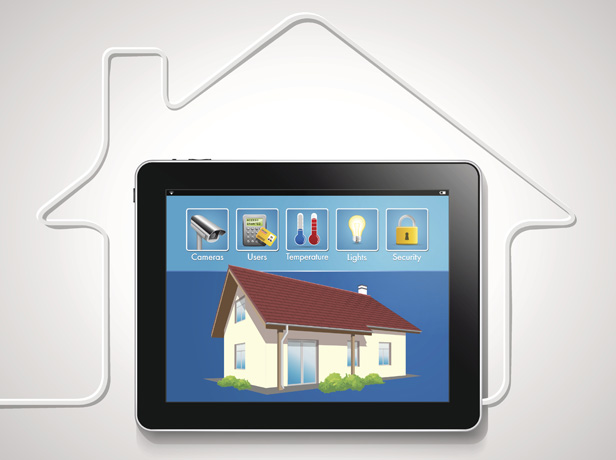 What is a broadband extender?

Broadband extenders use ‘powerline’ technology. This clever technology uses your existing electrical wirings to create a wireless or wired network.

Extenders like the BT Broadband Extender 600 Kit (£24.99) still require you to use a router, but instead of trailing cables all around your house – such as from your living room to your bedroom to plug in a smart TV - you just need a spare plug socket.

They are particularly effective if you stream to an HD TV or play games online. 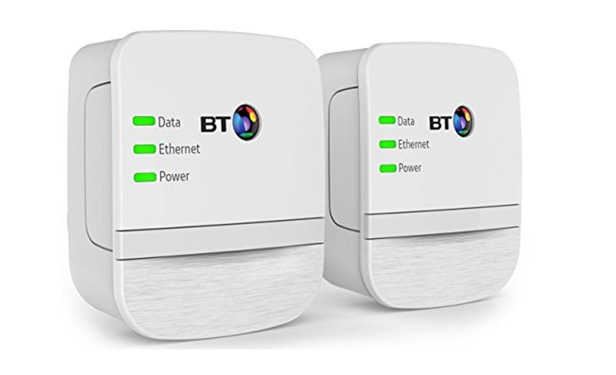 BT's kit includes two parts. Plug one extender into a power point and connect it to your router.

Plug the second Broadband Extender into a power socket, and connect to your device using an Ethernet cable, so you can easily set up a smart TV located in an internet black spot or an area with a weak signal.

It works with all broadband providers and other AV HomePlug powerline products, so can be integrated into your existing network even if you aren't a BT customer.

What is a wi-fi extender?

A wi-fi extender such as the BT Dual-Band Wi-Fi Extender 610 (£29.99) works by boosting the existing signal from your router, creating wi-fi coverage in the dead area. It's also called a repeater.

Wi-fi extenders can be used to extend your wi-fi signal into your garden, so you can use your wi-fi radio or tablet outside. 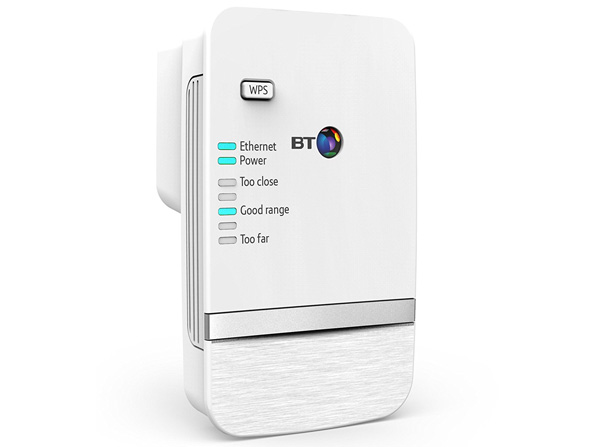 Plug the device into a power socket in the area of your home where you struggle to get a wi-fi signal.

Connect the extender to the router, which is easily done by pressing the WPS button.

The lights on the front tell you if the extender is too far away from or too close to the router. Devices should then automatically connect to the extender.