Search engines around the world – which are the most popular and where?

You don't have to search the web through Google – there’s Yandex, Baidu and DuckDuckGo as well. We track down the world's most popular search engines.

While Google has a huge monopoly on search engine use, to the extent that 'to Google' was officially made a verb by the Oxford English Dictionary in 2006, plenty of other search engines are used every day all around the world.

Some pride themselves on their secrecy and privacy. Others aspire to be the next Google by branching out into other online markets. Here are some of the world's leading search organisations.

[Read more: How to create and share Google Maps lists]

Google is light years in front of the others in terms of market share. The American giant had a 91.74% share of the worldwide search engine market between January 2017 and January 2018, according to statcounter.

It all began in 1996 at Stanford University where Larry Page and Sergey Brin met and built the forerunner to Google – Backrub. From these beginnings Google now has more than 60,000 employees in 50 different countries and makes and manages hundreds of products touching on every aspect of our online lives.

Yandex is the search engine of choice if you’re in Russia – the company claims 54.8% of the country's search traffic. It’s not just operated in Russia, but also in neighbouring Belarus, Kazakhstan, Turkey and the Ukraine.

Yandex isn’t just a search engine – like Google, it’s a company with fingers in many pies. There’s mail, maps, driverless cars and also a multi-million pound deal with Uber as part of its Yandex.Taxi operations. 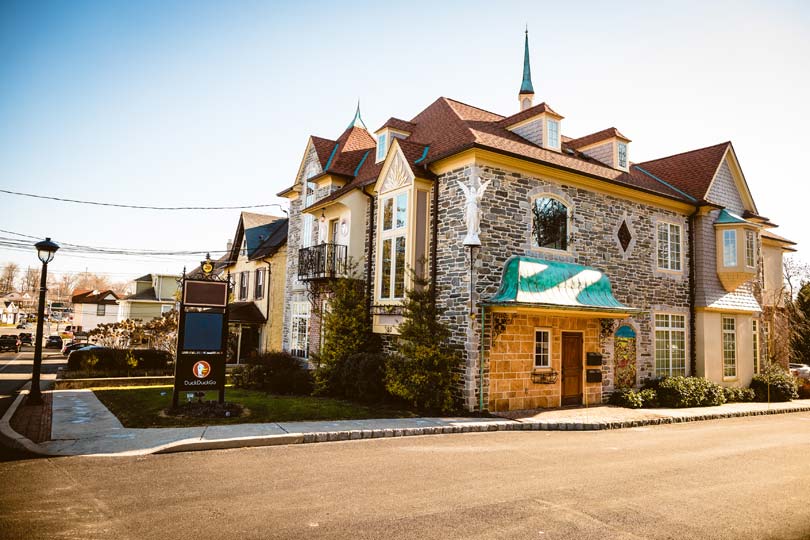 If you want to stay under Google’s all-encompassing radar, you can try searching through DuckDuckGo.

DuckDuckGo’s privacy policy states that it doesn’t collect or share any personal information about the people who use it, so it keeps its users’ data private.

It’s a tiny company compared to Google – there are only 45 employees. However, it’s popular – there have been 16 billion private searches so far.

[Read more: DuckDuckGo - the private way to search the web]

Baidu is China’s search engine – and in 2015 the company celebrated its 10th anniversary and saw the number of monthly active users reach 302 million.

There are reports that behind Google this is the second largest search engine in the world.

The inspiration behind the name goes back hundreds years to a poem written during China’s Song Dynasty, according to the company. Baidu refers to the persistent search for the ideal, so it seems apt.

Bing is Microsoft’s search engine. But while it has the software giant behind it, it has nowhere near the prevalence of its parent company. Microsoft’s products might be ubiquitous in US offices, but statcounter’s research put Bing as having just 6.86% of the search engine market.

Get a charge from this out of this world story in the #BingSearchTrends quiz: https://t.co/VPBod0SkfS pic.twitter.com/EryqdWI2WD

With all eyes on South Korea and the Winter Olympics at the moment, it would be a good time to learn more about Naver.

Created in 1991 and headquartered in Seongnam, The Korea Times reported in 2016 that the site attracted more than 26 million visits who enter over 300 million search queries every day.