From Atlantis to aliens: 7 of the strangest sightings on Google Maps

Whether you’re into alien conspiracies or some primo fancy dress costumes, Google Maps has got it all.

Thanks to Google’s incredible repertoire of mapping tools, we’ve been able to explore the surface of the moon, swim deep in the ocean or experience bird’s-eye and street-level views from all over our planet.

But for every natural wonder, there’s a hidden location blurred from view. And, while there are free and open spaces, there are also maximum security prisons and military bases you’re not allowed to see.

[Read more: Is a UFO? 10 bizarre Google Maps findings which could be the work of aliens]

There is also the weird and wonderful. Whether it’s people acting strangely on Street View or UFO conspiracy theories, here are some of the strangest sites you can check out using Google Maps.

We’ve used a computer, but the links below work on a smartphone or tablet if you’ve got Google Maps installed.

Want to discover even more strange areas? Hit play on the video above. 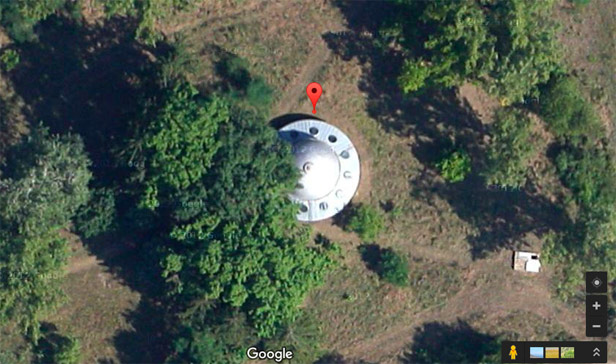 The bird’s-eye view offered by Google Maps can lead to the odd optical illusion. Judging by these pictures from Romania, extraterrestrials parked this flying saucer in the forests of Romania and left it there for years.

Before you call Mulder and Scully, add the Street View stickman to the mix and you’ll see it’s just a humble water tower.

On to the next one, conspiracy theorists! 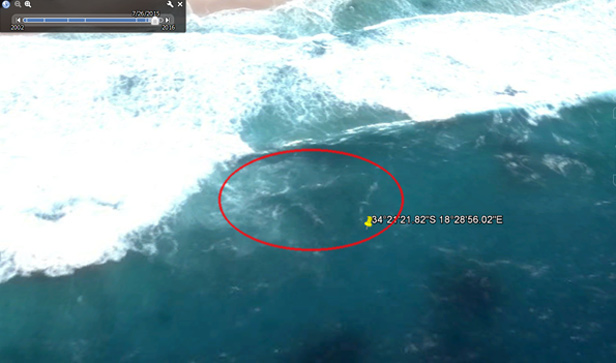 UFO enthusiasts seem to spend most of their time these days trawling Google Maps/Earth for evidence, a pastime that rarely yields aliens, but does throw up some interesting anomalies.

Scott C. Waring believes he may have spotted the lost Malaysia Airlines flight MH370, which disappeared in 2014.

Formerly of the US Air Force, Waring wrote: “I used to work on B-1 bombers back at Ellsworth SD, at an SAC during my USAF days. I know a plane when I see one."

Check out what Waring thinks in the video below - what do you think?

[Read more: How to explore near you on Google Maps] 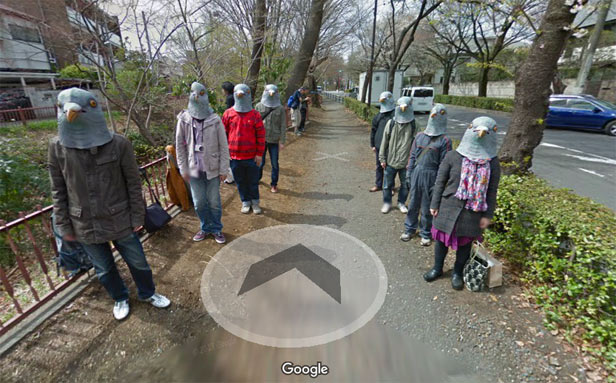 While doing its rounds with 360-degree camera rigs, the Street View cars sure do capture some weird stuff. Like these folks performing pigeon role play at Tamagawa-Josui Station near Tokyo, Japan.

Apparently that’s popular in Japan. The Google Street View cars haven’t been back since March 2013. Can you blame them? 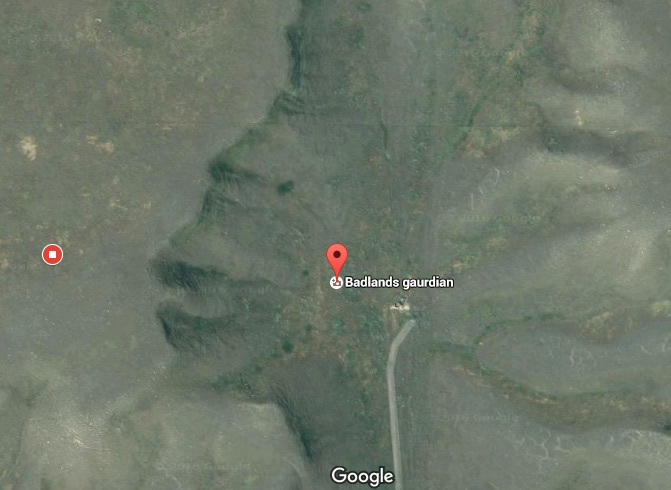 Believe it or not, this human-like figure is a geological feature in Alberta, Canada.

The naturally occurring Badlands Guardian strongly resembles an aboriginal Canadian female wearing a headdress (and earphones, judging by the road leading up to the tourist attraction). Surely there’s more to it? 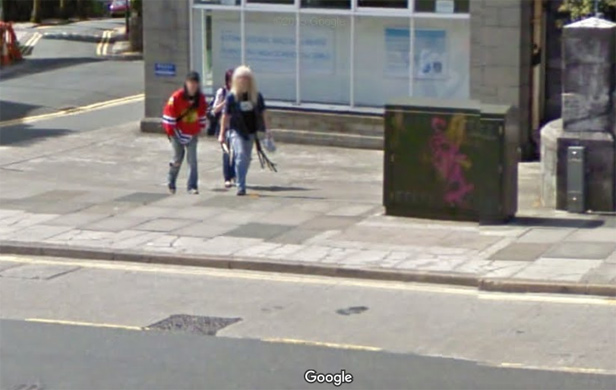 We’ve seen little of Wayne and Garth since 1994’s sequel and now we know why. Thanks to the wonders of Google Street View, the two ageing rockers have been spotted flying under the radar in the south west of England.

“What a totally amazing excellent discovery!”

Not the lost city of Atlantis? 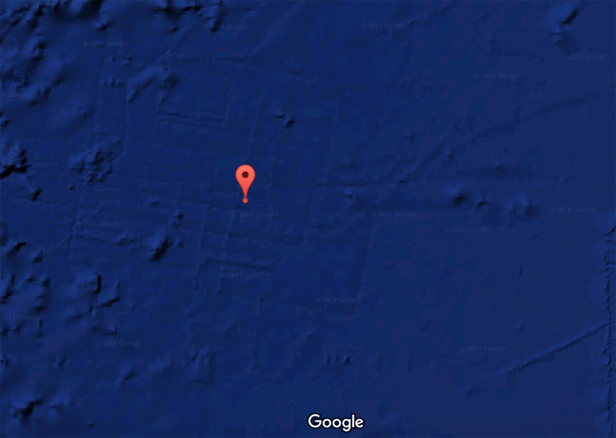 When satellite imagery unearthed a city-like grid the size of Wales on the floor of the Atlantic Ocean back in 2009, historians heralded the potential discovery of the lost city of Atlantis, as described by Plato.

Legend has it the city sank into the sea in 6,000BC after failing to conquer Athens, and this is considered a potential site.

Unfortunately, it was all just a tech glitch caused by data gathering techniques, which involve tracking the path of boats.

These strange satanic symbols have been scorched into surface of the Earth in the extremely remote Lisakovsk region of Kazakhstan.

Oh wait, according to a historian, this is just a park from the Soviet Era with pathways inspiringly laid out in the shape of a star, and not a gigantic 1,200ft pentagram.

Move along, nothing to see here.

The majority of the Google Maps features above have a seemingly logical explanation; in the future, we’ll explore some sites that are less easy to explain. Google Earth Pro is now free –here are 4 reasons you should download it.

[Read more: Get the right broadband package for you]