What is catfishing? Everything you need to know

It's a problem that could affect anyone chatting to others online, but what exactly is it?

Catfishing is a phenomenon that has become so prevalent on social media that a TV series about it currently airs on MTV. But what exactly is it?

We explain everything you need to know...

Catfishing is a deceptive activity where a person creates a fake profile on social media to trick people into believing they are someone else.

This can involve creating an entirely fictional persona and occurs for a variety of reasons.

Children are at risk from catfishing, as some people hide behind the anonymity of the internet, building up a relationship with a child, often pretending to be a peer with the aim of grooming. For advice on keeping your children safe online, read our guide here.

Why do people catfish?

In many cases those who catfish do so because they are not confident with their own image or character, and therefore choose to hide behind a false identity.

This can be because the person is worried their physical appearance will prevent someone falling for them.

Some people may catfish simply because they’re bored. Others do it for revenge in a bid to deceive another person to get sensitive information and potentially share it with others to humiliate them.

As more of us meet people online using social networks like Facebook, or chatrooms, incidences of catfishing are becoming more common.  Relationships can go on this way from behind a screen for many years, with people never actually meeting - leading to serious emotional pain when the victim finds out the person is not who they seem. 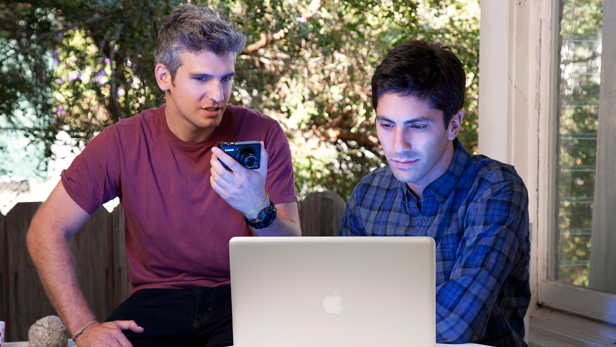 Catfish: The TV Show sees Nev Schulman (right) help people uncover the truth about the people they are talking to online, following his own experience of being catfished (c) Relativity Television/MTV

Where does the word catfish come from?

The term originated in a 2010 documentary titled Catfish, which showed the journey of Nev who was in an online relationship with a woman called Megan.

Every time Nev tried to meet in person, Megan would pull out or make an excuse to avoid meeting up. Nev later discovered that Megan was actually Angela, a troubled housewife.

[Read more: How BT can help you stay safe online]

Angela’s real husband actually devised the term after making an analogy about how there are people in everyone’s lives who keep us on our toes. He compared them to how fisherman found that putting catfish with cod when transporting them from Asia to North America improved the quality of the fish as the catfish would keep the cod active.

A TV series hosted by Nev launched in 2012, titled Catfish: The TV Show (MTV, BT TV CHANNEL 309), in which Nev helps other people find out if they are also being catfished.