Scams on social media rely on users clicking anything they’re told to, but doing so can help criminals reap huge rewards.

Social media sites like Facebook and Twitter are rife with scams and rumours. The problem is that people are quick to click 'Like' or retweet things that catch their eye without first checking if the information is actually true - and it all snowballs from there.

Spreading false information online may sound harmless, but it can cause serious problems when real people, organisations or news stories are the subject. 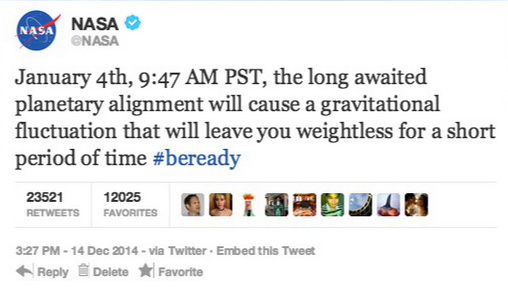 In addition, it’s worth realising that your Likes are valuable to Facebook scammers. They will shamelessly tug at your heart strings to get your click and make money from it.

Few people may fall for a hoax like: “A ghost ship filled with Ebola-infected rats is heading towards Florida”, for example, but Rowan Atkinson, Macaulay Culkin and a host of other celebrities have been forced to issue statements after rumours of their deaths started circulating online.

More seriously, a company’s stock price or even a presidential election could be affected by a malicious - or unintentional - rumour-spreading across the internet.

Confused by the news

Some social media rumours start out as jokes, but get out of hand when they’re taken seriously.

Satirical US news site The Onion suffers from this kind of misunderstanding all the time. The straight face and slick presentation it uses for even the most ridiculous stories mean that people are easily duped, and there’s even a web site called Literally Unbelievable that catalogues the confusion.

While such silly misunderstandings are funny to those in the know, the situation is taken more seriously by Facebook. So much so, that Facebook has been undertaking experiments to see if it can stop fake news spreading, to varying degrees of success.

Facebook is also where scammers use fake information to turn a profit. Seeing that a friend has 'liked' a page that appears to be for a worthy cause is usually a cue for you to do the same, which means it then ripples through your friends’ News Feeds in the same way. Which is just what the scammers want.

The problem with clicking 'Like' on a Facebook page for 'Like if you hate cancer' or 'Like to show this little girl that she’s beautiful' isn’t that you’re being guilt-tripped into giving your support for something that’s completely fictitious - although that’s bad enough. The real problem is that doing so is supporting criminal activity.

The scam has been termed 'Like-farming' and it allows scammers to generate huge interest in a page under completely false pretences. Once a page has achieved the desired number of Likes, the scammer sells it to someone who then changes its content to make it look like their (usually terrible) product or service has lots of fans. 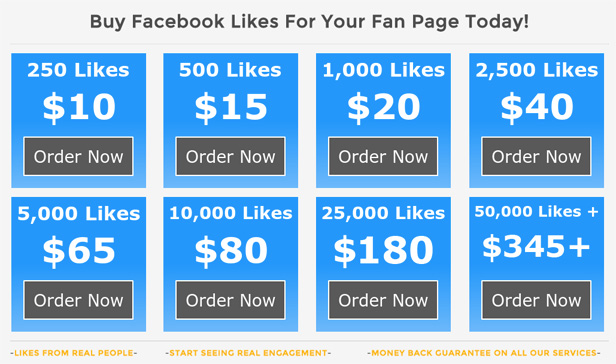 The more Likes a page has, the more likely it is to appear in other users’ News Feeds. Then it generates more Likes and is likely to go “viral” and spread through Facebook like wildfire. That’s something that’s usually only achieved by truly clever or creative pages, or when organisations spend a fortune with Facebook on advertising. Fake pages mean that scammers and spammers can do it with much less effort.

Given that Facebook has nearly two billion users, this kind of fake advertising is very big business. So big, in fact, that in 2014 Facebook had obtained almost $2 billion in legal judgements against scammers and spammers in its efforts to clamp down on the practice.

So what can you do when you see something on Facebook or Twitter compelling you to click, but you aren’t sure if that’s a sensible idea?

If it’s a tweet, or a Facebook page or post from a reputable organisation that looks legitimate - such as an inspirational Battenberg image from Mr Kipling, to pluck one example at random - then click away. 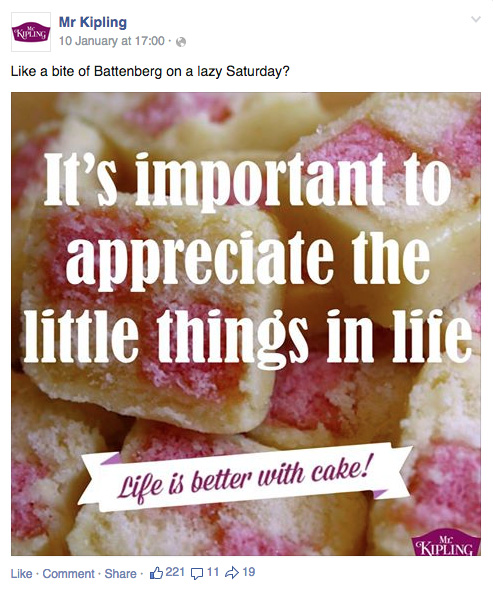 Similarly, if you see a tweet or post from a friend about something personal they want to share, then it’s usually safe to do so, too - although it’s worth checking they haven’t been hacked if the information looks suspicious.

In fact one very well-known scam involves being sent an email or social media message from someone you know asking for money because they’re stranded overseas for some reason. The catch is that the person’s account has been hacked and it’s really a thief making the request - as a simple phone call will confirm.

[Read more: How to deal with fraudulent emails]

If you're ever in doubt about something you see on social media, it’s usually best to ignore the page or post, but there also some quick and easy ways to determine if it’s genuine.

If a Facebook post or page is simply asking for support for some apparently worthy cause, but isn’t associated with any recognisable organisation, then the chances are it’s a scam.

Similarly, always view posts or pages that offer prizes or freebies in return for Likes with suspicion. Again, the lack of association with a recognisable organisation, or the absence of any terms and conditions, is usually a dead giveaway. 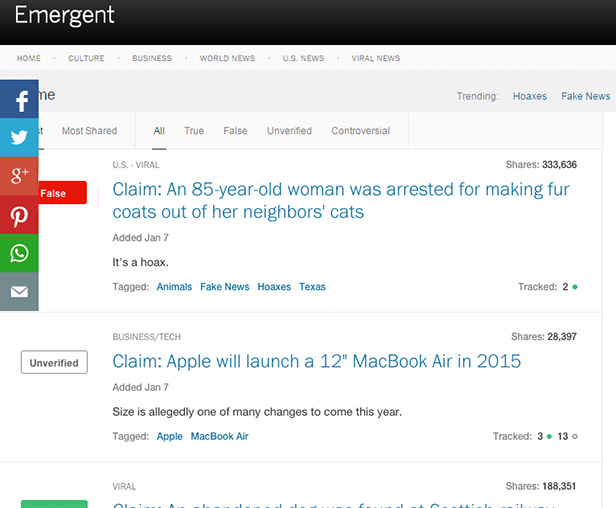 The Emergent.info site does a great job of debunking the latest internet rumours and Snopes.com has been filtering internet fact from fiction for years. Both are worth checking whenever you see something suspicious on social media.

Make use of social media services’ own resources to help spot scams, too. That means clicking Like on the Facebook Security page and following the official @Twitter account - and watching out for any warnings they issue. 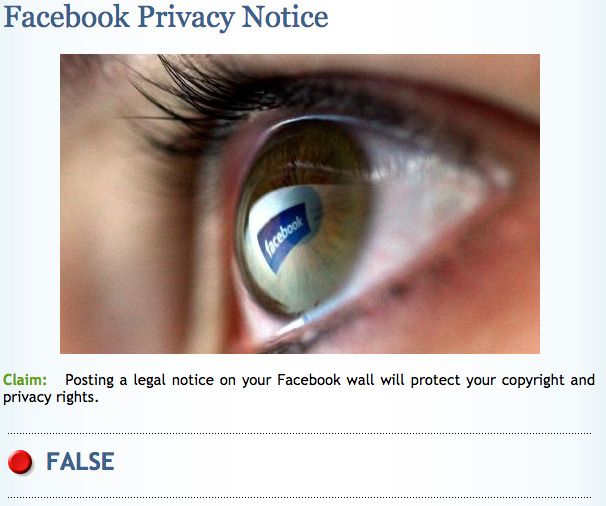