For starters, you should be clear that the web is not the same as the internet.

The World Wide Web is a British invention and it is 30 years old. On March 12, 1989, computer scientist Tim Berners-Lee submitted a proposal for a “distributed hypertext system” which would allow scientists at to Cern in Switzerland to quickly share information across networks.

We take a look back on the World Wide Web's history and discover some amazing facts you may not know...

[Read more: Who is Tim Berners Lee? Learn more about the father of the web] 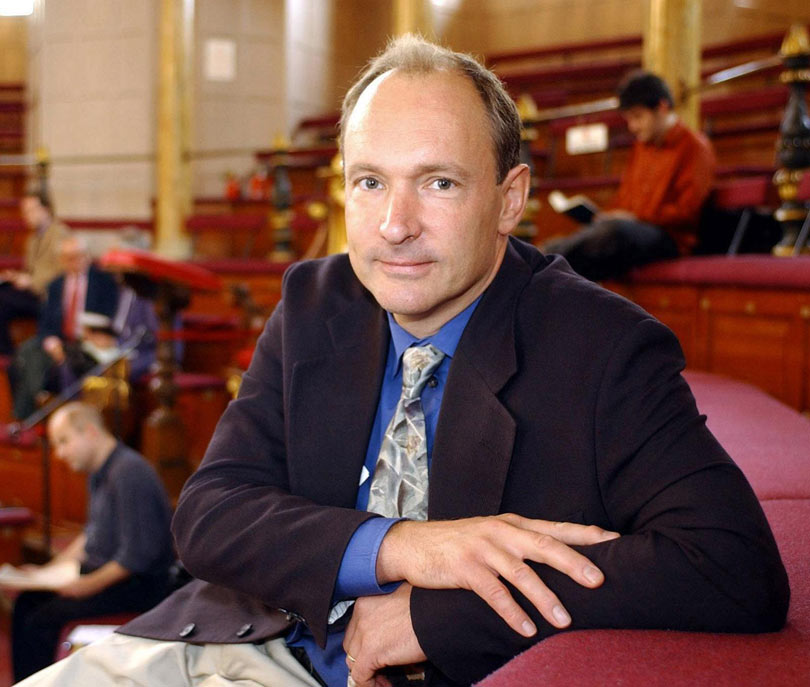 In his original proposal, Berners-Lee wrote: “The aim would be to allow a place to be found for any information or reference which one felt was important, and a way of finding it afterwards. The result should be sufficiently attractive to use that the information contained would grow past a critical threshold, so that the usefulness the scheme would in turn encourage its increased use.”

In 1980, Berners-Lee had created his own personal web of data, software and people, called ENQUIRE. This system interlinked all of the pages, but was only fleshed out into a wider concept almost a decade later.

In October 1990, Berners-Lee began work on the world’s first web browser called WorldWideWeb. It was later renamed Nexus to avoid confusion, but at the time it was the only way to access the web.

The first website ever went live on November 1990 and, naturally, focused on the WWW Project. It is still available at the Cern website.

If you’re wondering whether Steve Jobs fits in here somewhere, he does. Berners-Lee built the World Wide Web on a NeXT Cube computer using the NeXTStep operating system. NeXT was the computing company Jobs founded after leaving Apple in the 1980s.

That original NeXT Cube computer was on show at Cern in Switzerland. In handwritten red ink it still features the plea: “This machine is a server. DO NOT POWER DOWN!!" It's now on show at the Science Museum.

In 1991, the WWW gravitated outside of Cern for the first time when Berners-Lee posted a summary of the project on several Internet newsgroups. This was the first time it became available publicly.

In April 1993, perhaps the most important decision of all was made: Tim Berners-Lee released the source code that ran the web into the public domain to ensure it remained free and open.

That decision allowed an entire generation to build tools on the platform in any way they saw fit. Had he patented his invention, the web would look mighty different, and Berners-Lee would be a very, very rich man right now. Countless others like Mark Zuckerberg, Larry Page and Jeff Bezos have made their fortunes from it instead.

In an interview with Time magazine in 2012 Berners-Lee spoke about his decision to forego those billions for the benefit of all with mixed emotions.

The Mosaic web browser, which first appeared in 1993, is largely credited with popularising the World Wide Web. Many of today’s web browsers maintain the same characteristics - such as the URL bar and the back, forward and refresh buttons - as this first basic software application.

The first ever order placed on the internet was to Pizza Hut in 1994, while Amazon went online as a bookstore in 1995. The world would never be the same...

The first Microsoft Internet Explorer browser arrived in 1995, as an add-on for operating system Windows 95. The first Windows-friendly browser, Cello, had arrived in 1993.

By 1997 one million domain names ending in the web’s signature '.com' had been registered, and the dotcom boom of the next three years was well under way. Web companies, valued at vastly inflated amounts, began spending recklessly in a bid to drive business. In 2000, 16 dotcom companies spent more than $2 million each to advertise during the Super Bowl.

The turn of the new millennium coincided with dramatic bursting of the dotcom bubble after the tech-centric Nasdaq share index peaked in March 2000. After they had been through all of the investment they had been able to raise during the boom, many of these companies folded having never made a profit.

In the aftermath of the bubble bursting, the web became more accessible, with the arrival of the Web 2.0 era leading directly to today’s social media age. Websites like Wikipedia, with its user-edited content, pioneered this new era, while blogging tools, photo-sharing services and video publishing through YouTube would also come to define the movement.

Incidentally, Wikipedia is the only website in the global top 100 that isn’t owned by a corporation, so get donating!

Sir Tim Berners-Lee appeared during the 2012 London Olympics opening ceremony, tweeting “This is for everyone” from a NeXT Cube computer in a modern digital household. US television network NBC thoroughly embarrassed itself by not knowing who Berners-Lee was, telling viewers to “Google him”. Oh, the irony.

Find out more about the UK's communication history at BT Archives