The video cameras on smartphones are getting better all the time. Do you really need to buy a standalone camcorder any more?

When we wrote about familiar technology that had become obsolete, it became clear that most of our favourite gadgets could trace their downfall to one thing – the rise of the smartphone.

Today’s smartphones can replace calculators, handheld games consoles, alarm clocks, pocket radios, MP3 players, voice recorders and satnavs. Even sales of compact cameras have fallen by the wayside as the photographic capabilities of phones have got better and better. Is the dedicated video camera about to join them?

Why would you need to buy a dedicated camcorder when you have a perfectly capable video device in your pocket already? Here are some factors to consider when deciding whether to buy a new camcorder or sticking with the tools on your trusty smartphone. 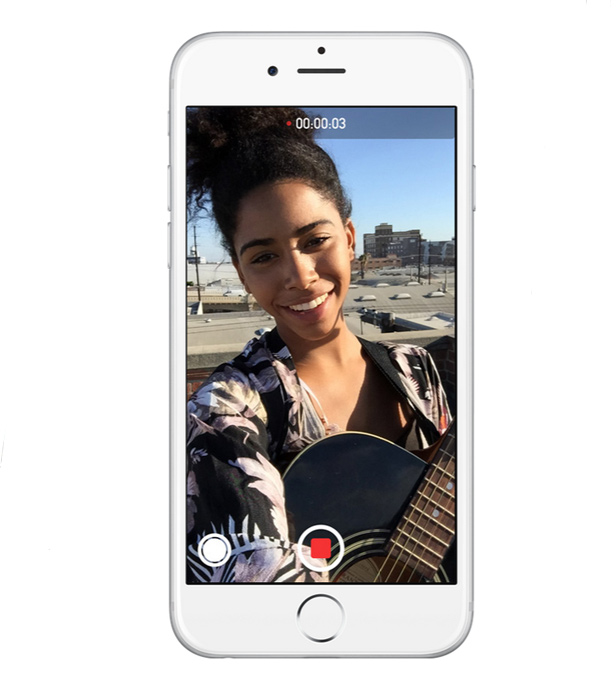 Why use video on a smartphone?

For a long time, if you wanted to record in high definition or 4K, you needed a camcorder. However, most decent smartphones now boast both of these features.

4K has four times as many pixels as high definition, giving you an incredibly sharp image. However, some flagship phones that have this feature record in high definition by default. To video in 4K, you might have to go into the settings menu.

A lot of smartphones also record video at 60 fps (frames per second), just like some expensive camcorders on the market. This offers remarkably clear and smooth video.

These smartphone cameras can also shoot slow motion video (at up to 960fps). Previously, this was only found in high-end camcorders.

It's also usually easier to play your videos back on TV using your smartphone with casting technology like Google Chromecast. This lets you display the contents of your smartphone screen on a TV via wi-fi. That means there's no need to hook up a video camera to the TV or take the memory card out of the camera.

[Read more: Camera vs Smartphone: Is it still worth buying a compact camera?]

It’s also easier to make quick fixes to videos on smartphones. While nowhere near as exhaustive and complex as desktop PC-based editing software, the array of smartphone apps available on iOS and Android will let you trim the clip, add visual filters and more, the moment you finish recording.

Your smartphone is always with you

The great thing about using your smartphone to record video is its omnipresence. (They say the best camera is the one you have with you.) There’s no need to miss precious moments with the children, impromptu happenings with friends, a delightful sunset and so on.

Having a good smartphone in your back pocket also eradicates the burden of carrying a cumbersome camcorder throughout your holiday or weekend away. 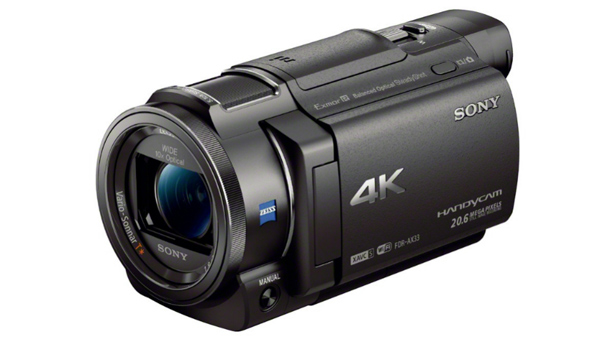 Why choose a camcorder?

Pixels aren’t everything. Just because a smartphone can shoot at the same resolution as a dedicated camcorder, the end product won’t necessarily be of the same quality.

Lens and sensor technology has been miniaturised exceptionally well for smartphones, but it remains far superior in dedicated full-size camcorders. The camcorder is also likely to have a better built-in microphone, meaning the audio will be crisper and clearer.

Most camcorders have a dedicated viewfinder. These are better than looking at a smartphone screen, because they give you a better perspective on what’s within the frame.

While you can zoom in while recording on most modern smartphones, pinching the screen in and out while trying to hold the phone steady can be awkward and will result in shaky footage.

Most smartphone cameras have very limited shooting options. You can adjust the focus and gain limited control over lighting through primitive exposure tools, but that's about it.

However, with a camcorder you have ultimate control over visual settings. Depending on your model, you’ll have advanced manual focus tools to play with, plus a superior autofocus tool and advanced image stabilisation technology.

In terms of lighting, you’ll be able to set a white balance correctly, which means the camera identifies a colour as white and reproduces all other colours accurately depending on that reading. There are also proper exposure and aperture settings to ensure you achieve high-quality video in bright sunlight or twilight.

It’s great having all of your clips on the phone, able to show to friends and family in a few taps. However, if you’re shooting lots of high definition footage on your smartphone, you’re going to fill up your available storage space very quickly.

For example, shooting a single minute of HD footage takes up 60MB of space. That’s about the size of an entire music album or about 20 photos. With apps, music, photos and more vying for space on your phone, most of us can ill afford to store hours of video footage as well.

Verdict: Is it still worth buying a camcorder?

As you can see, there are plenty of pros and cons when it comes to relying on a smartphone to shoot video. In the end, the argument comes down to quality versus convenience.

With a steady hand, attention to correct composition and lighting, and by making the most of the built-in focus and exposure tools on offer, you can create professional-looking videos using a smartphone camera. Indeed, entire short films have been made using smartphones.

Smartphones are also better for quickly editing and sharing your masterpieces on social media. As long as you have decent light, you won’t notice too much of a drop-off in quality compared to a camcorder.

But if you’re truly serious about creating high quality video, a dedicated camcorder is as essential as a Digital SLR is to a photographer. The lens and sensor technology are far more advanced, while the ability to control the quality of the footage in changing lighting conditions keeps camcorders streets ahead of mobile phones in terms of quality.