Do you remember the Trimphone? Find out how the home phone has evolved

The home phone has transformed communications over the course of the last 100 years. Discover some of the most important home phone designs of the last century.

One of the most recognisable phones from the last century is the Trimphone, which first seen when it was presented in May 1965 by the Postmaster General Anthony Wedgwood-Benn to a couple of Hampstead to mark the installation of the UK's 10 millionth telephone.

Limited numbers of the phone were released ahead of launch in 1966. Keep on reading to find out more about the Trimphone and other classic telephones.

[Read more: Find out how the UK got connected] 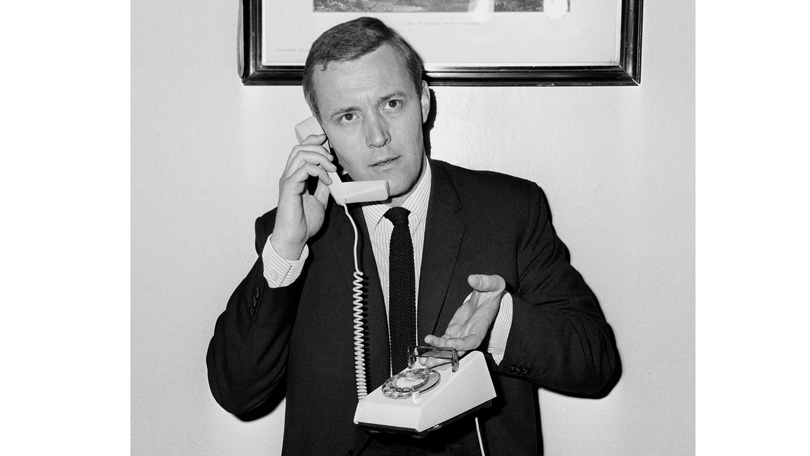 Shortly after the Alexander Graham Bell’s telephone came into use in the United States, Frederic Allan Gower brought the invention to England in the early 1880s.

Gower was once the owner of a Bell franchise and had toured the US with the inventor showcasing the technology. The resulting Gower-Bell telephone was the first widely used in the United Kingdom was to become a mainstay at the Post Office as an alternative to the telegraph.

It had a much heavier receiver than Bell’s original design, with sound carried to an earpiece through ‘speaking tubes’. Development was rapid and by 1891 it had become known as the Universal Telephone, due to its suitability for any task required by the Post Office. 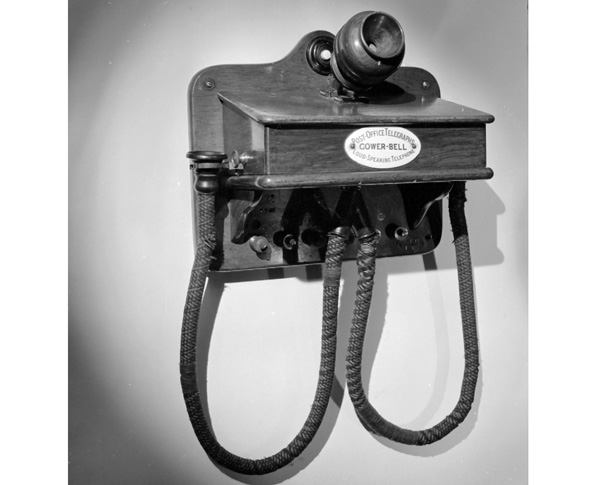 Not everyone was pleased. Bell’s assistant Thomas Watson was quoted as saying: “He made some small modifications to Bell’s telephone, called it the “Gower-Bell” telephone and made a fortune out of this hyphenated atrocity.”

When the Bell patents expired, the Gower models were phased out in favour of Bell and Edison’s more reliable, better performing technology. It was soon time for this technology to make it into the home. 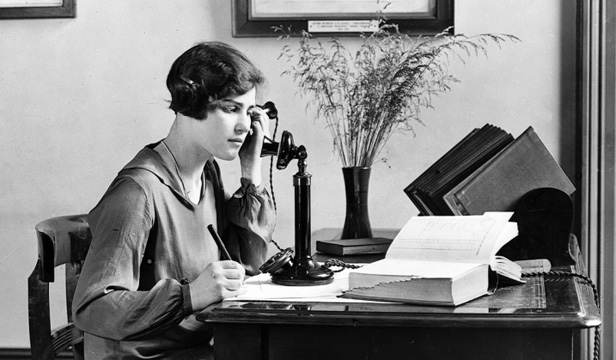 One of the most iconic phone designs in history, the candlestick was one of the mainstays of the early 20th century. The Telephone 150 pictured here was introduced in Britain in 1924. It brought the advantage of a dial to UK many homes for the first time, which meant calls didn’t have to be connected through the operator. 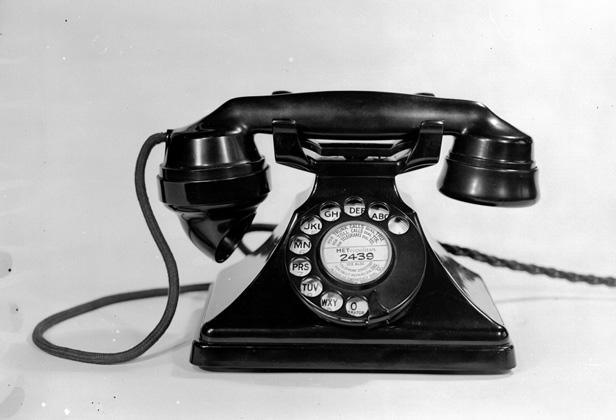 As designs moved forward, integrated handsets started to replace the two-piece mouth and earpiece. We also saw the first signs of the classic Bakelite-constructed bodies, which allowed for more expressive, cheaper designs.

The Telephone 162 (above), which was the GPO’s version of the Siemen’s Neophone, was one of the first popular examples. This early 1930s telephone also enabled the addition of Watch Receivers to enable two people to listen in on a call, albeit for a higher rental cost. Some models also featured a pull-out drawer where phone numbers could be stored. At this stage, the phone still required a separate bellset, which was usually mounted on a wall.

This (via Connected-Earth) is from the original sales brochure: “Hand microphones are supplied not only in the ordinary Black, but also in Old Gold, Oxidised Silver, Ivory, Jade Green and Walnut to fit into special schemes and decoration. Special colours can be supplied by arrangement. They give a touch of dignity and distinction to the room.”

[Read more: Take an exclusive look behind the scenes at the BT Tower] 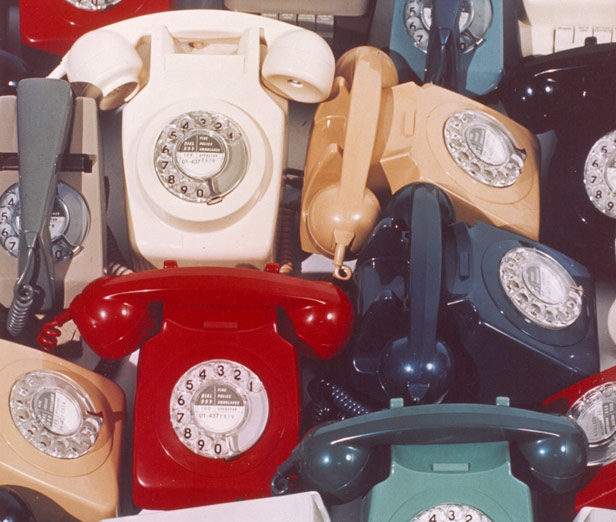 The switch to plastic building materials also enabled more expressive colours as well as designs, illustrated by the 700 series telephones first released in 1959. The wildly popular 706 telephone was available in two-tone green, two-tone grey, topaz yellow, concorde blue, lacquer red, black and ivory. It was also the first to have the curly, anti-tangle chord. In terms of tech advancements, the 706 featured a regulator, which could be used to prevent interference and excessive loudness for users living close to the exchange. 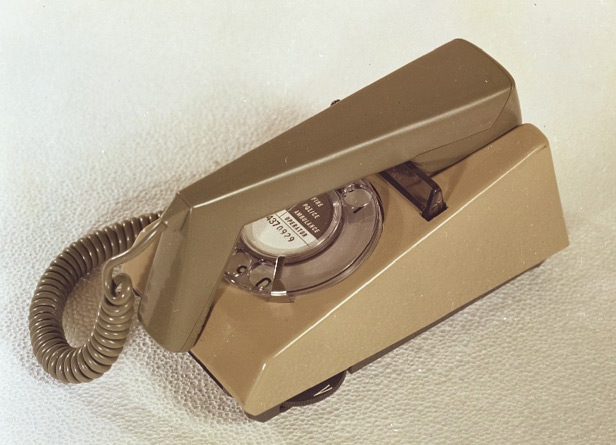 A far more fashionable alternative to the 700 phones, the GPO Trimphone (aka the Deltaphone) even won a 1966 Design Centre Awards for its slim, compact form factor. It also featured a handset cradle that doubled up as a handle, so people could carry the phone will walking around the home. While it is also trim by nature, the TRIM acronym actually stands for Tone Ring Illuminator Model, which referred to the electronic ringer that replaced the bell. The main picture shows two phones from the 'Snowdon range' of Trimphones, designed in the 1970s by Lord Snowdon. 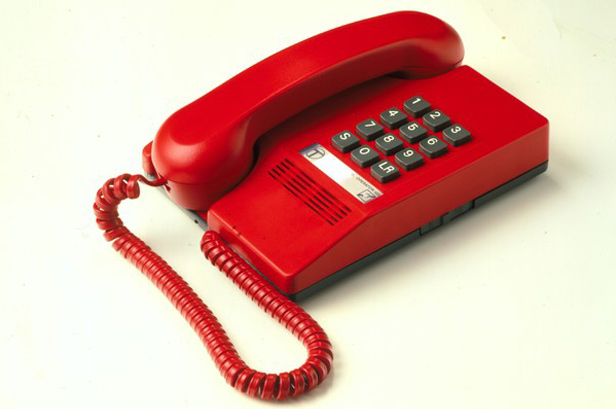 It wasn’t until the late 1970s that dials started to get the push. However, while an early example, the Type 756, incorporated push buttons, the British telephone network couldn’t offer the touch-tone dialing already common in the United States. Instead, the GPO simulated the effect by using a circuit converter beneath the buttons to convert button pushes into the standard pulse dialing output. True touchtone tech would come to the fore with versions of BT’s Statesman and Tremolo (above) phones from the mid-80s. 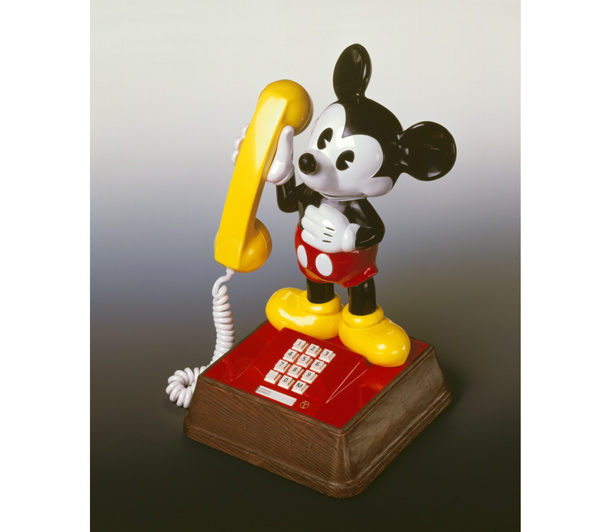 As the deregulation of the telecommunications industry gave British consumers more choice, third-party manufactured phones started to become available. Manufactured by Plessey, the Mickey Mouse edition was one of the ‘Special Range’ phones BT offered from in 1980. It was a whopping 15 inches tall, came in rotary dial and push-button editions and featured a grinning Mickey holding the receiver.

And as though to prove that good style never goes away, the candlestick phone also enjoyed a revival, with a rotary dial but still without a bell, making it ideal as a second phone for living rooms or bedrooms. 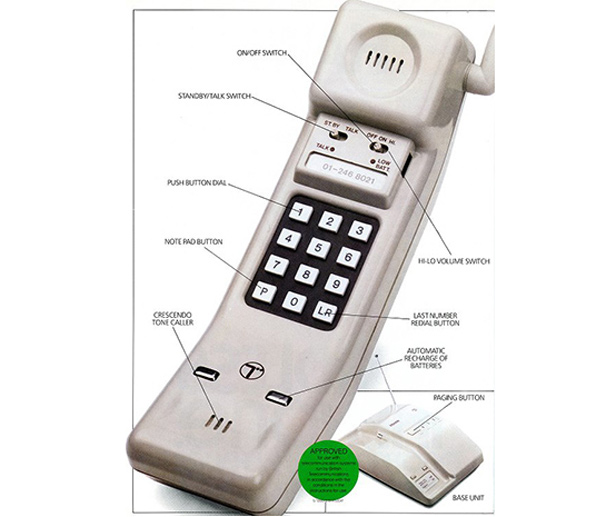 Although interchangeable ‘InPhone’ wall plugs, easy-to-install extension sockets and longer cables made it easier for Brits to chat on the phone all around the house, the cordless revolution didn’t start until the 1983s with BT’s Hawk phone. Available in brown and ivory, the £100 Hawk used radio links to enable a range of up to 100 metres. The headset’s battery was recharged when placed on the base unit.

Read more about the Hawk 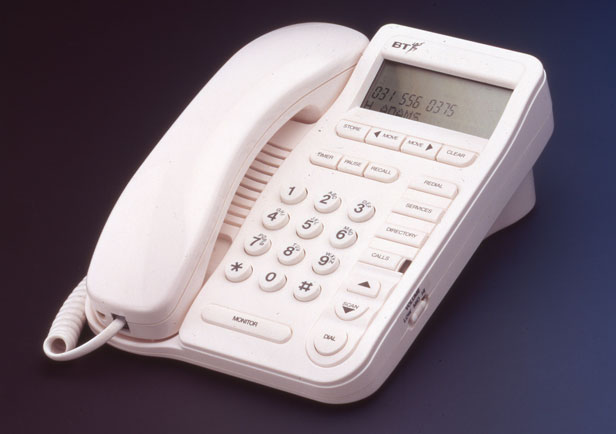 This 1994 handset, one of many to be released under the ‘Relate’ branding, debuted the super handy Caller Display feature in the UK. It also features letters on the keypad, enabling users to input names against received calls.  A later version, the Relate 2000 would integrate video calls for the first time on a 2.9-inch LCD screen. It was an early version of FaceTime, if you will.