Ryan Reynolds on his latest BT ad: 'Falconry is my third calling'

We caught up with Hollywood star Ryan Reynolds on the set of his latest ad for BT Broadband.

We caught up with Hollywood action and comedy star Ryan Reynolds recently on the set of the latest BT advert, as he once again took viewers “behind the scenes” – demonstrating the power of BT Infinity’s Wi-Fi signal.

In the new ad, viewers saw Ryan in his “second home”, looking every bit the part dressed as a country gent in full tweeds. We took the chance to ask him a few questions about filming the advert, his current roles and his favourite films.

BT: What was the experience of filming the advert like?

Ryan Reynolds: Actually a lot of fun. We shot on a beautiful estate.

Did you have a highlight?

I've always felt falconry was my THIRD calling. Right behind Amateur Surgery and Homemade Water-sliding. But it turns out, Falconry is much farther down the list.

What was it about the script you liked?

There's always a tongue in cheek aspect to the BT campaigns that I appreciate. Plus, I get to spend the majority of the time slandering my own name. I wouldn't do it otherwise. 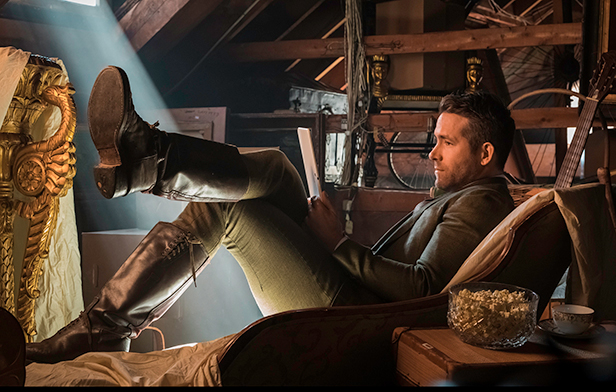 You visit a stately home in the advert. What are your favourite places in the UK?

I love spending time in the extra British parts.

We’re seeing more devices in our lives being controlled by smartphones, be it cars, lights and even kettles. What do you think of this type of technology? (We read online Ryan has a car he controls with an app!?)

I love this aspect of technology. I miss putting my own pants on in the morning. You have that app too right?

Deadpool has some amazing visual effects - there’s an amazing breakdown online of the car chase, showing the VFX - what are they like to film?

Filming is the exact opposite in terms of adrenaline. Slow. But fun. 10 seconds of irreverent film translates into hundreds of hours women and men working round the clock.

You’re obviously away on movie sets a lot, are there any TV shows you get hooked on when you are away?

What is the last good movie your saw?

What’s next for Ryan!?

Probably a quiet talk with a lot of shouting and hitting.

Find out more about the BT Smart Hub >