Which Samsung Galaxy phone should I buy?

Whether you’re after a state-of-the-art camera phone or something that’s brilliantly dependable, there’s a Samsung phone for you.

Samsung’s Galaxy range caters for everyone, whether you just want the basics done brilliantly or a state-of-the-art replacement for your camera.

Follow our easy guide to help find the right phone for you... 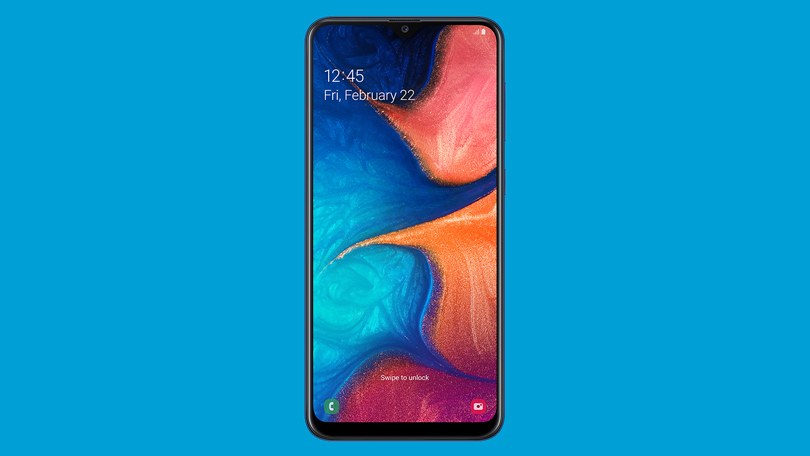 If you’re looking for a phone that’s brilliantly simple then look no further than the A20e, which is packed with all the features you’d expect from the very latest smartphones.

The beautiful 5.8-inch Infinity-V display lets you see more of what matters without the distractions of big bezels or a notch, and it runs Samsung’s effortlessly intuitive One UI version of Android which has been built from the ground up to be easy to use.

Twin cameras on the back let you take great pictures while an ultra-wide-angle lens gives you the ability to fit so much more into a picture than would normally be possible. There’s a fingerprint scanner on the back for security and a 3,000mAh battery for all-day peace of mind.

Get the Samsung Galaxy A20e on BT Mobile 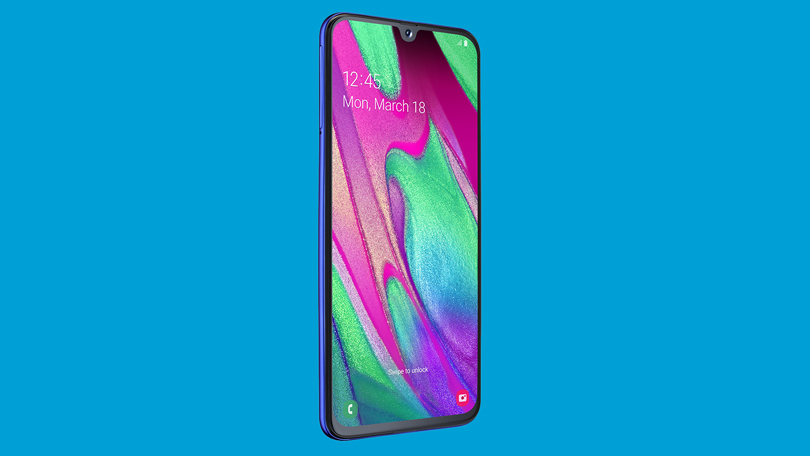 If you like taking selfies then you’re in luck because the A40 has you covered from every angle. On the front you’ll find an expansive 5.9-inch Infinity-U Display with a 25MP selfie camera discreetly placed at the top. With such a huge sensor on the front you can take Selfie Fous images which blur the background of your photos for that professional look.

On the back there’s a dual camera with ultra-wide angle lens for capturing cityscapes or just simply adding some epic scale to your photos. A fingerprint sensor keeps your data secure while fast charging lets you power up quickly if your battery’s running low.

Get the Samsung Galaxy A40 on BT Mobile

A phone for all day and night - Samsung Galaxy A70 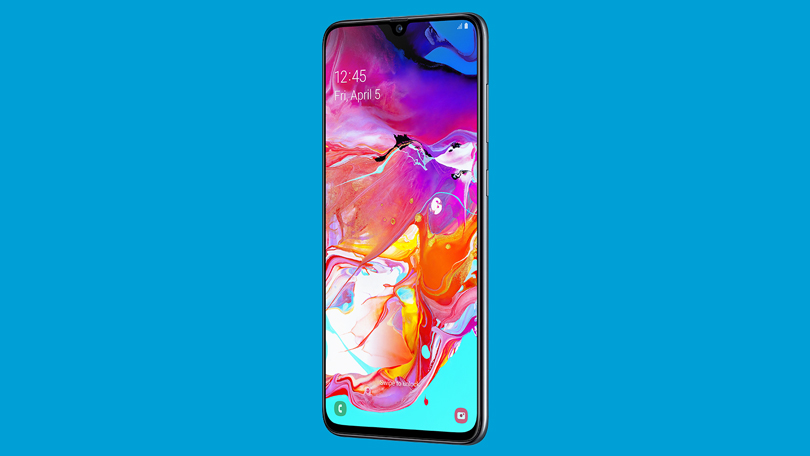 You’ve made it to the end of the day, you’re ready to go out but your phone is looking distinctly worse for wear in the battery department. If this is the story of your life, the A70 is your solution thanks to a massive 4,500mAh battery which also supports ultra-fast charging.

You also get all the features you’d expect from a flagship phone including an in-screen fingerprint sensor and triple-camera system. On the front there’s a massive 6.7-inch Amoled Infinity-U display with a 20:9 aspect ratio for immersive viewing.

Get the Samsung Galaxy A70 on BT Mobile 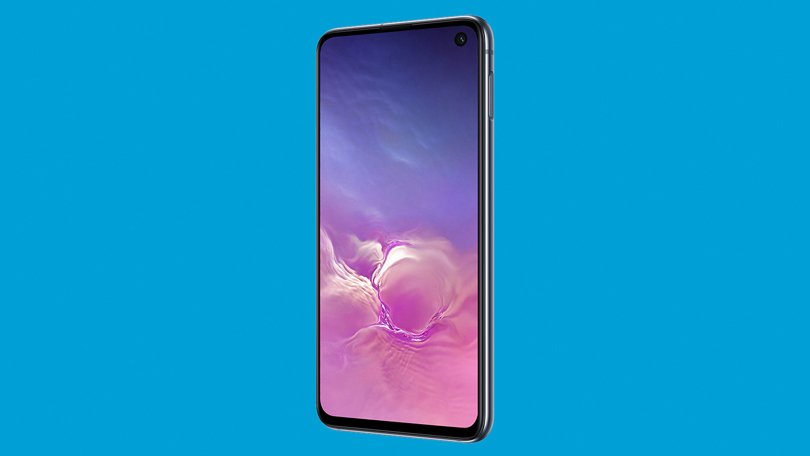 The S10e is by far the most pocketable of Samsung’s flagship range, but don’t let that fool you into thinking it’s anything less than one of the company’s most impressive handsets.

With its 5.8-inch Amoled Infinity-O display the S10e will do your pictures justice while a front-facing camera floats over the display in the top right-hand corner. A lightning-fast fingerprint sensor is discretely built into the power button on the side giving you quick and secure access to your phone.

Like the rest of the S10 range, you also get an industry-leading dual-camera system with dual-aperture lens and an ultra-wide angle lens.

Get the Samsung Galaxy S10e on BT Mobile 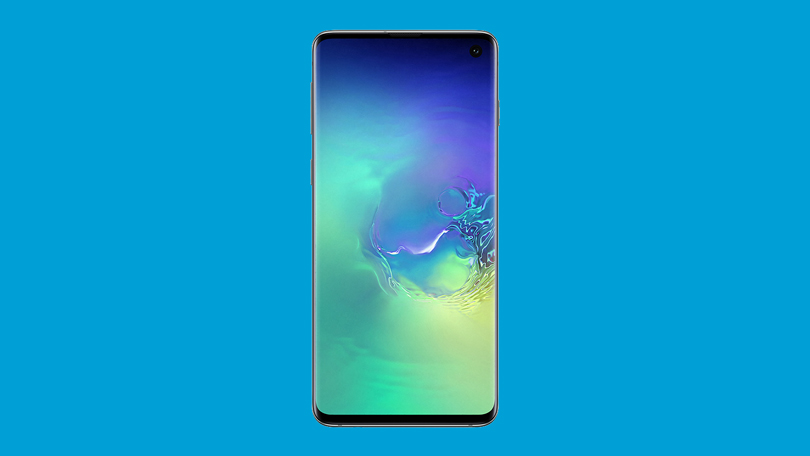 The Galaxy S10 is the definitive Samsung experience, placing bleeding-edge technology right into the palm of your hand.

The S10’s 6.1-inch Quad-HD Amoled Infinity-O display is one of the best around and will put most modern TVs to shame. Around the back a triple-camera system boasts wide-angle, ultra-wide angle and telephoto lenses. The wide-angle lens also features a dual-aperture system which gives it incredible low-light performance without the need for a flash.

Elsewhere on the phone you’ll find the latest technology, including a fingerprint sensor actually built into the display. The S10 can be charged wirelessly and can even wirelessly charge other devices using its own battery.

Get the Samsung Galaxy S10 on BT Mobile

Hold a cinema in your hand - Samsung Galaxy S10+ 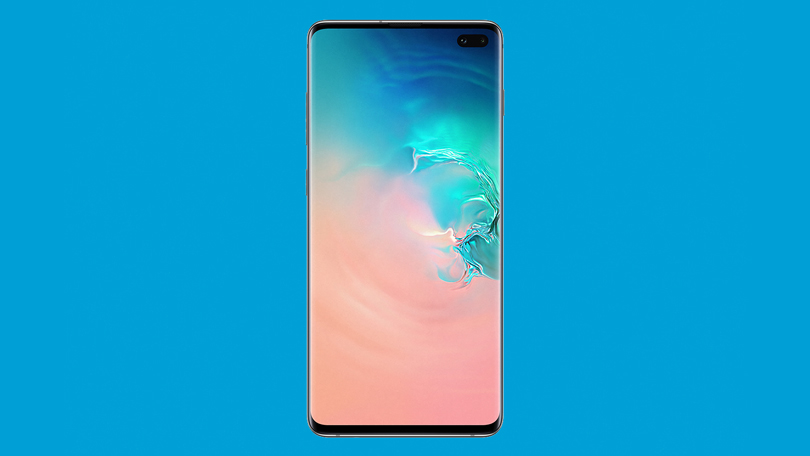 For the ultimate cinematic experience on a smartphone there can be no better choice than the Galaxy S10+. With a 6.4-inch QuadHD+ AMOLED Infinity-O display that supports High Dynamic Range, your Netflix box set will never have looked as good.

Yet thanks to the S10+'s non-existent bezels this phone still feels extremely comfortable to use with one hand. In addition to its stunning display you get a boost to the cameras with not one but two front-facing cameras giving you exceptional depth perception for those portrait selfies. And as with the S10, you also get an in-screen fingerprint sensor.

On the back there’s the same triple-camera system found on the Galaxy S10. It also supports wireless charging and the ability to wirelessly charge other devices using your phone’s battery.

Get the Samsung GalaxyS10+ on BT Mobile