There are certain pieces of technology that transcend the simple functions they bestow and go on to become bona fide cultural icons. They are up there with the stars of film, rock and fashion.

Indeed, some gadgets are so influential and so beloved that they eventually become part of the fabric of the era. There are few gadgets that personify that rare trend like the world’s most famous personal music player. We're talking, of course, about the Sony Walkman, the device that owned the 80s and even helped cassettes supplant the almighty vinyl record.

[Read more: Do you remember the ZX Spectrum?]

Sony’s handheld cassette player invented the personal music market when it went on sale on July 1st 1979. In fact, such was its status and desirability that in many ways the Walkman can be at least partly credited for kick-starting the modern obsession with consumer technology. The Walkman was one of the first items that took tech beyond functional and made it fashionable.

Check out the video below to see what happened when young kids tried a Walkman.

Origins of the Sony Walkman

Legend has it that the Walkman originally came to be at the behest of Sony founder Masaru Ibuka.

Portable cassette players did exist, but they were big and bulky – the Sony DC-D5 was so big it needed a strap.

Ibuka was simply bored of carrying around a massive cassette player on business trips. He asked Norio Ohga, Executive Deputy President to come up with a more compact package, similar to the existing Pressman device for journalists released in 1978 but without a recording function and with stereo headphones.

Sony had made its name by miniaturising popular technology like pocket transistor radios and portable televisions, so Ibuka got his wish and the Walkman was born.

The name Walkman was chosen as homage to the Pressman and because Superman was incredibly popular at the time.

It came with specially developed lightweight headphones that brought no discernable drop off in quality and ran off two AA batteries.

Crucially at 33,000 yen (around £206) it was just about affordable, providing the perfect fusion of portability and functionality, allowing music fans to take their tunes anywhere for the first time.

The first and most iconic model, the TPS-L2 (above), far exceeded Sony’s expectations.

It was expected to ship 5,000 units in the first month on sale in Japan in 1979. Instead, the metallic blue and silver player racked up 50,000 in two months, prompting launches in the UK, under the initial name Stowaway and in the US under the equally weird moniker Sound-About the following year. 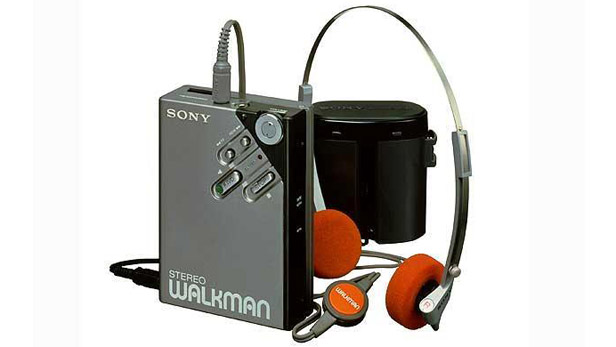 The Walkman WM-2 (above) was released in 1981. Lighter and with an anti-rolling mechanism, it became the most successful of all models shifting 2.5m units despite its lofty (for the time) $200 (£130) price tag.

Largely as a result of its runaway success, the personal music craze was becoming a phenomenon. But not everyone was in favour.

Wearing headphones in public was initially considered rude, while fears people would withdraw from society as a result were rife.

The first Walkmans even had two headphone jacks to promote a shared experience and a ‘hotline’ button that would stop the music and activate a microphone that would allow the user to better hear a conversation.

As you can tell from the subsequent decades - or by stepping on any mode of public transport in the 21st century - those fears didn’t really stick.

By 1983, not only had the Walkman helped the cassette win the format war against the bulkier 8-track tapes, but also supplant the popularity of vinyl, although the latter has seemingly won the war with its comeback in recent years.

In terms of the 80s, the Walkman was up there with Madonna, Top Gun and stone wash denim.

More and more Sony models followed (300 in total down the years) including the rugged and splashproof yellow WM-F5 Sports Walkman of 1984, which capitalised on the growing trend to use the players during workouts. 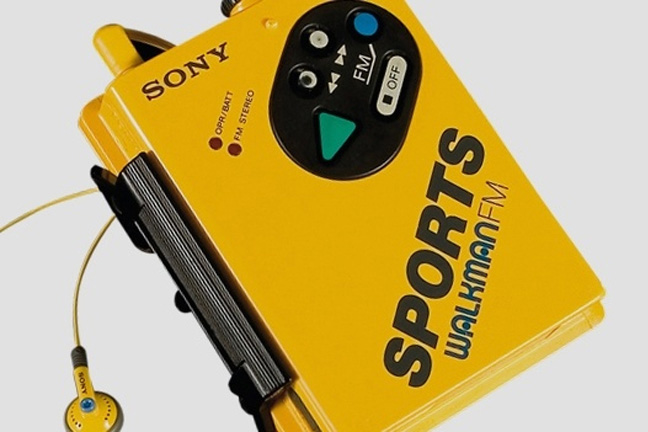 Models with AM/FM radios, bass boost, auto reverse playback and even two tape decks followed as Sony continued to refine the design and boss the market throughout the decade.

The legacy of the Walkman

But even during its heyday the cassette-based Walkman was seemingly living on borrowed time.

Despite the cassette-based Walkman’s popularity deep into the 1990s (the last worldwide release was in 2002, the WM-FX290) the compact disc’s takeover was inevitable.

The first Sony Discman arrived in 1984, just a couple of years after CDs arrived, while the ill-fated Minidisc format and MP3 players and some Sony Ericsson mobile phones were also sold under the Walkman brand.

However, none of the future iterations captured the spirit or enjoyed the success of the original, which not only helped to liberate an entire generation’s passion for music but also ensured music technology became a uniquely personal medium.