How the transistor radio changed the world

We pay tribute to the personal music player that helped spark a musical and cultural revolution.

While the Sony Walkman is largely credited with spearheading the personal and portable music revolution, children of the 50s and 60s might well disagree.

The mighty transistor radio was the first piece of technology that gave young people complete musical freedom from parental disapproval.

[Read more: From Marconi to DAB - the history of radio]

In creating a new avenue for artistic expression and the dissemination of new ideas, the transistor radio is often considered a key element of the powerful musical and cultural movement that accompanied its widespread proliferation.

As the Beatles, the Rolling Stones, Jimi Hendrix, Bob Dylan and Woodstock-era protest rock emerged from those tiny, tinny speakers, a turbulent political backdrop of the Cuban Missile Crisis, the JFK assassination, the Civil Rights Movement and the Vietnam War mobilised a generation. Together they provided the soundtrack for an ideological rebellion.

Apple co-founder Steve Wozniack, who together with Steve Jobs built the first Apple computer, is on record as saying: “My first transistor radio... I loved what it could do, it brought me music, it opened my world up.” He is not alone in that assertion. 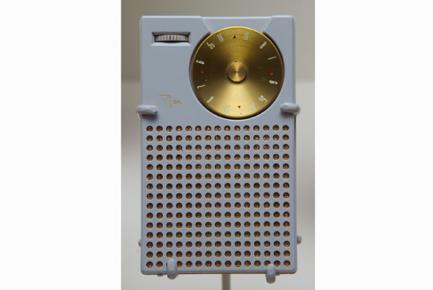 The first transistor radio was unveiled in 1954. As the name suggests it is powered by a transistor - the miniaturised semiconductor invented in 1947 that has underpinned the growth of consumer electronics ever since.

One of the key benefits of the transistor was the ability for electronics manufacturers to create smaller and smaller devices, be they cameras, alarm clocks, calculators or the iconic portable radio.

The first transistor radio for consumers was the Regency TR-1 (above) and came via the result of collaboration between Texas Instruments in Dallas (which still makes semi-conductors today) and the I.D.E.A company of Indiana.

The TR-1, which set in motion Texas Instruments’ desire to put a transistor in every home, is believed to have sold around 150,000 units.

Cheaper and more pocket-friendly solutions from Japanese manufacturers like Sony (particularly the TR-55 and TR-63), Sharp and Toshiba, who licensed the transistor tech from the company today known as AT&T, drove down the prices, forcing the American makers to respond.

By the beginning of the prosperous 1960s the radios were available for around $15 (around $117/£73 today), and affordable as birthday and Christmas presents for music-obsessed kids.

Part of the joy of these devices was the freedom to go wherever they wanted and still enjoy their favourite stations thanks to the presence of replaceable batteries.

The ability to discreetly get some ‘Satisfaction’ also stretched back to the home thanks to the inclusion of a single earpiece with many trannies. In this mode it was a Walkman before the Walkman was even a twinkle in Sony’s eye. 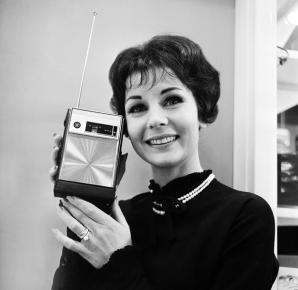 Decline of the transistor radio

The arrival of the cassette and the Walkman in the late 70s also gave users the same freedom to enjoy music on the go. However, unlike listening to the radio, people had the ability to choose exactly what they wanted to hear, many of which also featured a radio tuner.

From the 1980s onwards, these radios began to become less prominent, as personal music players and – in a social sense – the Boombox took over. From the Walkman came the Discman and from the Discman came the iPod and the internet-powered iPhone. Every new generation of this tech diminished traditional broadcast radio’s status as the most important vehicle for reaching the masses with new music and bold ideas.

However, the transistor radio hasn’t completely faded from view. It lives on today, even in the smartphone era, as a pocket-friendly device for those who simply like to listen to music, news or sport in the garden, on the bus or even at the stadium without the burden of cables or a hard-to-find mobile signal.

Put it this way… how many of you still have a pocket transistor radio laying around the house somewhere that never fails to come in handy? Yep, us too.

[Read more: The IBM 5150 Personal Computer that changed the world]

Photo credit: "Regency transistor radio" by Gregory F. Maxwell <gmaxwell@gmail.com> PGP:0xB0413BFA - Photo by uploader, taken at The History of Audio: The Engineering of Sound, an exhibition of the San Francisco Airport Museums[1] in SFO Airport, Terminal 3 from 2006-09 to 2007-05.. Licensed under GFDL 1.2 via Wikimedia Commons.