Sales of compact cameras have dropped as more of us buy smartphones equipped with handy snappers. Is there still a place in your pocket for the once essential gadget?

One of the side effects of the rise in popularity of smartphones is a decline in compact camera sales.

In 2016 sales of DSLRs and Compact System Cameras (or mirrorless cameras) were fairly stable, but sales of compact cameras dropped, according to data from the CIPA, which photographer Sven Skafisk put into a chart.

[Read more: How to choose a DSLR - from budget models to professonal lenses]

This doesn’t mean people have stopped taking photos - many are just using smartphones instead. The top five most popular cameras used by members of photo-sharing website Flickr are versions of Apple's iPhone.

What camera should you buy? Is there still a place for compact cameras? We’ll look at the advantages of using a smartphone against a compact camera to find out. 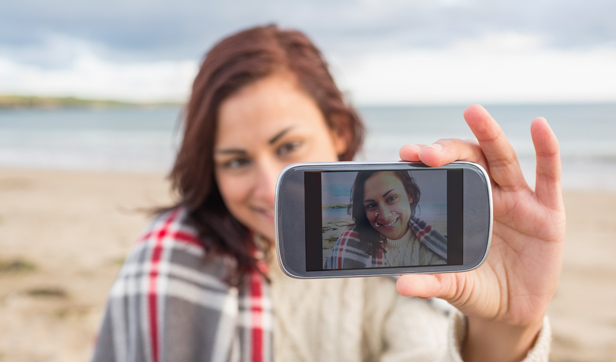 Why choose a smartphone?

There are several advantages to using a smartphone above a compact camera, and the first is convenience.

“You cannot beat the convenience of mobile phone, always with you, a great playback display unit in its own right and always connected to share your images,” says Ian Savage, training and development manager of Jessops Academy.

Unless you are a professional photographer, it’s highly unlikely you’ll be leaving the house armed with a compact camera every day, whereas your smartphone is with you all the time, making it very easy just to whip it out and take a picture.

The majority of modern smartphones can easily connect to the internet, whether you have a phone contract that includes data or you use a BT Wi-fi hotspot.

Once connected you can share photographs from your phone within seconds, via text message, by attaching them to an email or by posting them to Facebook.

Sharing from a digital camera is slightly trickier, as you have to carry a cable or card reader around with you and have access to a computer. Another solution is to invest in an Eye-Fi cards that can upload photographs online.

One alternative is to invest in a camera with wi-fi - so called Smart Cameras made by manufacturers such as Canon, Panasonic and Samsung  that enable you to upload photos to photo storing websites or social media and connect to a dedicated smartphone app to access extra features.

Features vary from manufacturer to manufacturer – but share options aren’t as exhaustive as those offered by a smartphone, which can include WhatsApp, multiple email accounts, Instagram, SMS, Facebook/Messenger, Skype and cloud storage solutions like BT Cloud.

[Read more: 10 amazing things to do with your digital photos]

Over the last few years, the trend has been for bigger smartphones with five- and six-inch screens – sometimes double the size to the two and three inches screens found on compact camera. These screens often - in the case of high-end smartphones – have a higher resolution as well.

This makes it easier to compose pictures and see fine detail, and ensures the playback experience with family and friends is more pleasant.

This makes it easier than ever to get your creative juices flowing and experiment with your photographs, within your phone. And many of them are free.

For more serious photographs an app can’t offer the control of dedicated photo-editing software like Photoshop, but with so many apps available there’s far more choice than using built-in editing features found in digital cameras.

The convenience of camera phones also makes it easier to edit and share photographs on-the-go, instead of waiting until you get home. 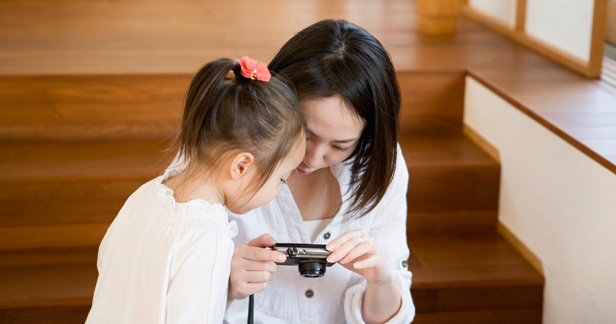 Why choose a compact camera?

Smartphone photographs can be amazing - you’ve only got to look at the stunning entrants in the iPhone Photography Awards to see that.

But they aren’t as versatile as compact cameras, as Nigel Atherton, Group Editor of Amateur Photographer and What Digital Camera says: “Camera phones are fine for photographing static subjects in good light but dedicated cameras are still superior with moving subjects and in low or difficult lighting.

“Their larger sensors ensure that image quality is better in all kinds of light, the battery life is usually better, the flash more powerful and the lenses generally offer at least 10x zoom, none of which phones can compete with.”

Ian Savage from Jessops agrees. “Compact cameras still have their place for the keen photographer who requires excellent quality and creative control,” he says.

“Excellent image quality is primarily determined by the lens quality and size of sensor, compact cameras are able to house both, whereas mobile phones have limited capability due to their slim line design.”

Aperture and sensor size are crucial. The wider the aperture the more light can come in and a bigger sensor means the camera should perform better in low light. High-end smartphones tend to offer these, but they still aren’t as good as high-end cameras and you will pay more.

For most photographers being able to control the zoom is an invaluable tool for composition and a way to capture a remote subject.

Almost all compact cameras have a minimum 3x optical zoom, but so called ‘travel compacts or superzooms’ can go as high as 30x, offering the photographer a huge amount of creative control.

The majority of camera phones have-fixed focus lenses. In order to get close to the action you have physically move; crop the picture or zoom digitally which simply enlarges the pixels so they look can look blurred. Some recent high-end smartphones now include optiocal zooms.

Compact cameras are also better at shooting close-ups - many have Macro modes that can shoot from 1cm away, a smartphone with a decent camera can focus from 10cm.

Many cameras offer an optical or sensor stabiliser that reduces the effect of cameras shake in low light, when using a long lens or when filming fast-moving action. Because of the cost of these stabilisers and the fact they can increase the depth of the device, phone manufacturers tend to include digital stabilisers which reduce the quality of the pictures. Some premium phones now include an optical staibiliser, so check the specs before you buy.

The majority of smartphones cameras are essentially point and shoot models – you can tweak the exposure, ISO and white balance, but that’s about it, there are exceptions - usually in high-end smartphones.

In contrast many compact cameras let mean you can experiment with action shots and depth of field.

“If you buy one with full manual control you’ll be able to get creative with shutter speeds and apertures for more artistic results.” Says Atherton

Not everyone needs this type of control, but for the keen amateur photographer they are invaluable.

Smartphones tend to run out of power by the end of a day, particularly if you’re browsing the web and playing games – that’s a drawback for having so many features. Use the flash (if you have one) and shoot movies too much and you’ll have to ration your photos before the batteries run out.

Compact cameras can typically take between 300 and 500 photographs per charge.

Digital compact cameras have dramatically dropped in price over the last few years. You can now get a decent camera like the Sony DSCW800, which includes a 5x optical zoom, wide-angle lens and 5cm macro focusing distance for £64, if you want a bigger zoom, the Sony DSCWX350 has a 20x optical zoom, with Optical SteadyShot image stabilization and costs £149.

Both are outstanding value offering camera features you wouldn’t get on a phone for similar price. Sure a phone does plenty of other things, but a photographer will get more for their money with a dedicated camera.

Verdict:  Is it still worth buying a compact camera?

If you are a more serious photographer who wants to experiment with shutter and aperture and develop your photography skills, it is worth buying a compact camera, particularly with manual control and a versatile lens.

If you are the kind of person who simply wants to take photographs and share them digitally a smartphone is for you.  But it’s really important to pick the right smartphone camera. Cheaper smartphones tend to have cheaper photographic components to keep the cost down, so the pictures won’t be as good. Check out the box below to find out more.

Read more: Do you really need a DSLR?